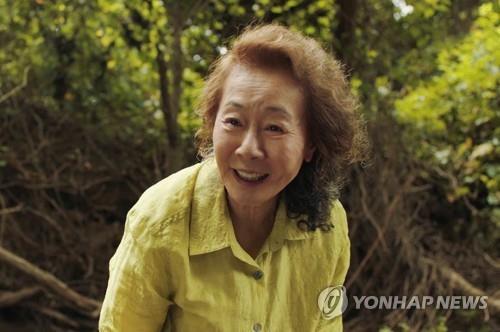 Youn took a role of the livewire grandmother Soonja in "Minari," written and directed by Korean-American director Lee Isaac Chung, which tells the story of a Korean immigrant family settling in rural Arkansas.

"Thank you so much for this award. Every award is meaningful, but this one, especially being recognized by British people, known as snobbish people, and they approve me as a good actor," she said in an online acceptance speech. "I'm very happy. Thank you so much." Thanks to her recent victories in the leading precursors to the Oscars, including the U.S. Screen Actors Guild (SAG) and BAFTA awards, she has been a leading favorite in the supporting actress race for the upcoming Academy Awards slated for April 25.

Youn, the first Korean actress to get a nod in acting at the Oscars, will compete for the supporting actress title with Maria Bakalova for "Borat Subsequent Moviefilm," Glenn Close for "Hillbilly Elegy," Olivia Colman for "The Father" and Amanda Seyfried for "Mank." 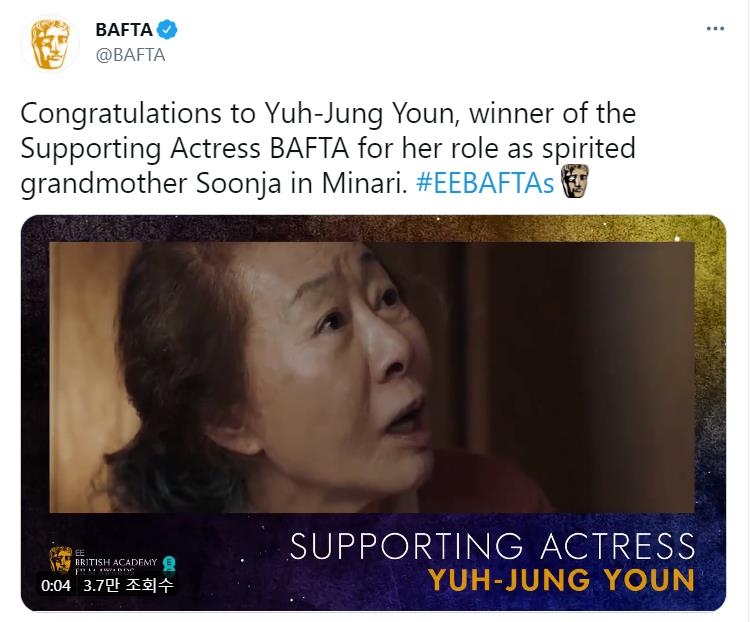 Meanwhile, "Minari" was nominated in six categories, including best director and best film not in the English language, at the BAFTA Awards but only took home the best supporting actress trophy.