In the five-day Realmeter survey through last Friday, the rating dropped 1.2 percentage points from a week earlier. The latest poll was conducted on 2,514 people, aged 18 or older, nationwide.

The previous low of 34.1 percent was posted in the third week of March. 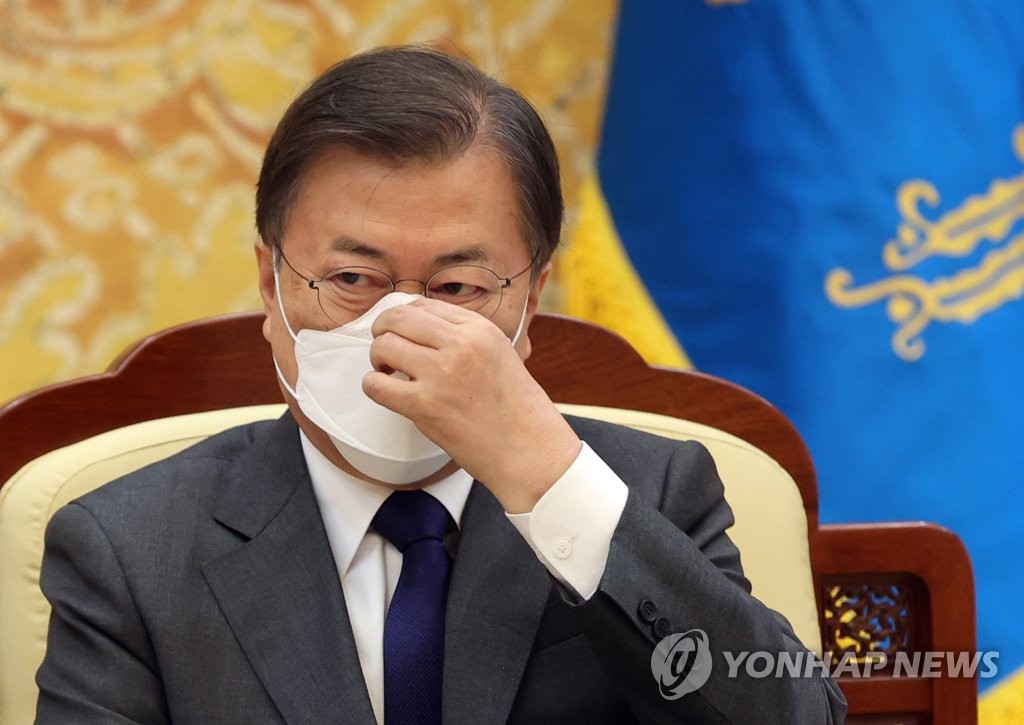 In the poll last Wednesday to pick Seoul mayor, Oh Se-hoon of the PPP won 57.50 percent of votes to beat the DP's Park Young-sun with 39.18 percent. In Busan, Park Heong-joon of the PPP scored a victory over his DP rival Kim Young-choon by the margin of nearly 30 percentage points.

After the elections, the president said he takes the election results as a "reprimand" from the public. He added he would focus efforts during the remainder of his tenure to end in May 2022 on overcoming the COVID-19 crisis, revitalizing the economy, stabilizing the people's livelihoods and the real estate market, and rooting out corruption.

Moon plans to hold an emergency interagency meeting on the spread of the coronavirus later Monday and a meeting with economy-related ministers on Thursday.