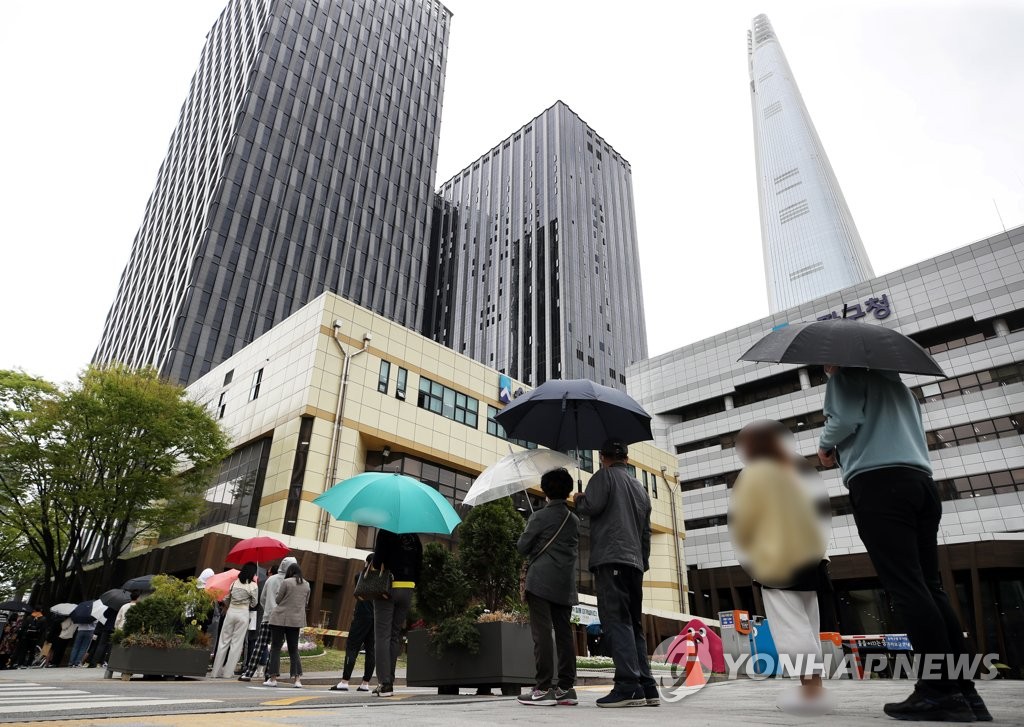 As of 6 p.m., health authorities and local governments had reported 426 more COVID-19 cases, down 59 from the same time on Sunday. Earlier in the day, Seoul Mayor Oh Se-hoon called for the Ministry of Food and Drug Safety to approve the self-test kits for COVID-19, saying the city government will consider launching a pilot program for the rapid test kit in some karaoke businesses.

In response, the health authority said it will review the use of the home test kit, and Seoul will be able to test run the program once the kits are approved.

The KDCA confirmed 47 deaths after vaccinations, but said the exact causes of the deaths remain unknown.

Airline crews, seniors, people aged 75 and over, and those in disabled facilities will become eligible for AstraZeneca vaccines starting April 19.

The southeastern port city of Busan reported 46 new cases. A total of 392 patients were traced to a bar in the country's second-largest city since the first confirmed case on March 24, up 11 from the previous day.

There were 27 additional imported cases, with 14 from Asian nations, except for China, and 11 from Europe.

The number of seriously or critically ill COVID-19 patients was 103, down two from the previous day.