The quartet will hold a special online concert of their hit songs and also share behind-the-scenes moments on LIVENow's K-pop series on May 1, according to RBW.

The show, titled "LIVENow K-pop Presents Mamamoo," will be streamed worldwide at different times according to regional time zones to reach more viewers.

LIVENow, a British online streaming platform that offers various content on music, sports and comedy, has been preparing the K-pop series in collaboration with the Seoul-based TR Entertainment.

Mamamoo, a popular girl group known for its powerful vocalists, will be the first one to headline the show. Since debuting in 2014, the group has released a number of hit songs, including "Hip," "Decalcomanie" and "Yes I am."

Tickets for the band's upcoming performance can be purchased at the ticketing website Interpark in South Korea. 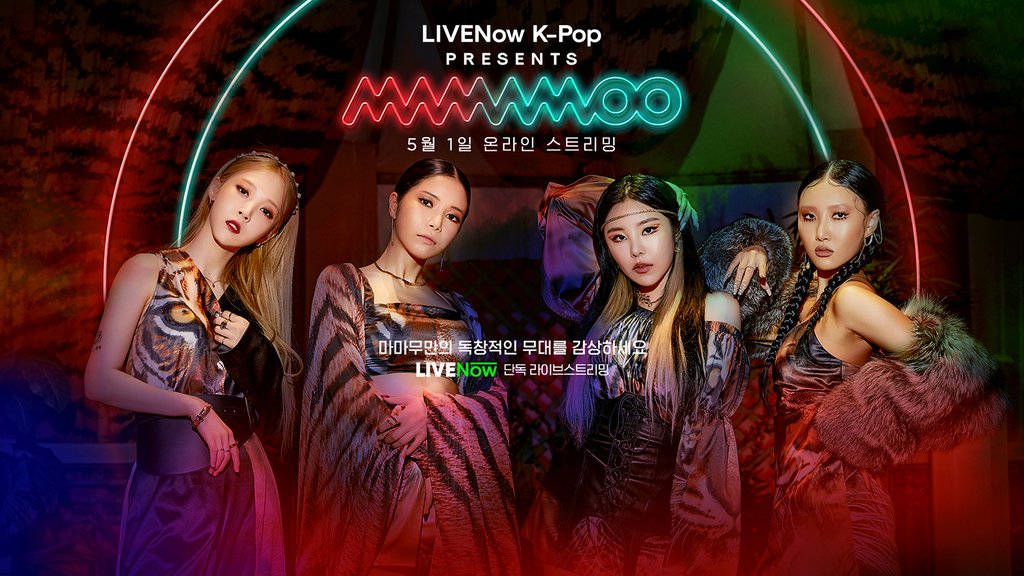