SEOUL, April 12 (Yonhap) -- The first full week in the new Korea Baseball Organization (KBO) season is in the books, and the two teams that many pundits thought would duel for the championship this year find themselves at the top of the standings.

The LG Twins have gone 5-2 in their first seven games to sit in first place, while the defending champions NC Dinos are tied with two other clubs at 4-3, having swept the Kia Tigers in a three-game weekend series. 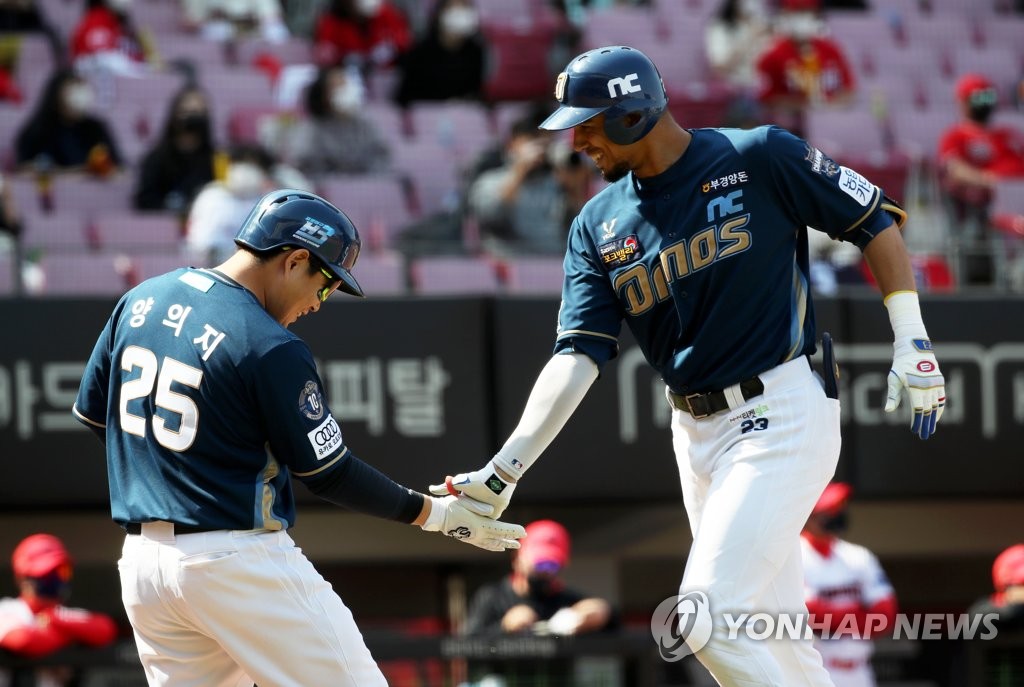 The Twins and the Dinos are getting some impressive early performances from their foreign players.

For the Twins, first-year left-hander Andrew Suarez has won his first two starts without allowing a run. In 14 innings combined, he has struck out 18 and walked two, while giving up just four hits -- all of them singles.

The latest gem came Sunday, when Suarez held the SSG Landers to a single over eight shutout innings. He struck out nine batters for the second consecutive start. Suarez is only the second pitcher in KBO history to strike out at least nine in each of his first two career starts.

Suarez was virtually unhittable in spring training. The former San Francisco Giants pitcher was pursued hard by a handful of clubs before the Twins won the sweepstakes, and opposing managers and experts alike have wondered aloud why a pitcher that good was in the KBO, not in Major League Baseball (MLB).

The Dinos are leading the KBO in home runs with 11 and runs with 46. They also have the highest team on-base plus slugging percentage (OPS) with .881. 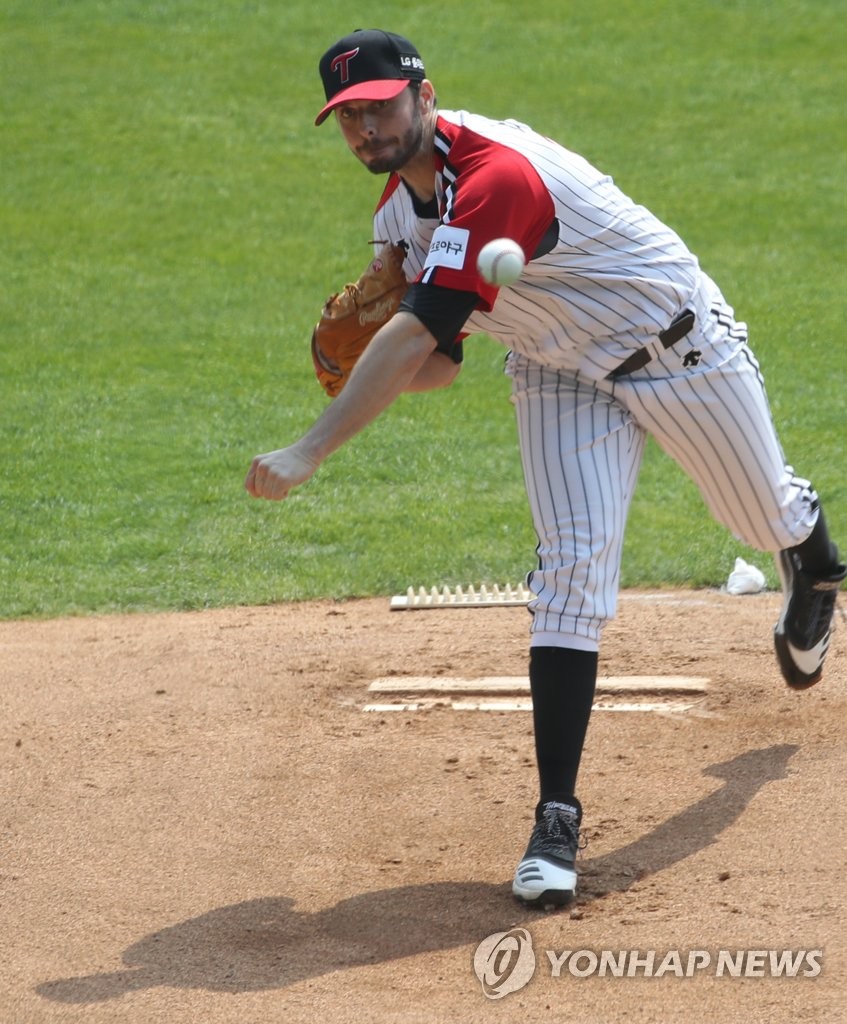 They scored 26 runs in their three-game sweep of the Tigers, and second-year outfielder Aaron Altherr went 7-for-11 with two home runs, two doubles and six RBIs in that series.

Altherr had a slow start to the 2020 season as manager Lee Dong-wook struggled to find the right spot in the batting order for the slugger. He appeared in six different spots over his first seven games then before finding an unlikely home in the No. 8 spot.

This year, Altherr has batted fifth in six of his first seven games and has settled in nicely behind two homegrown sluggers, Na Sung-bum and Yang Eui-ji. 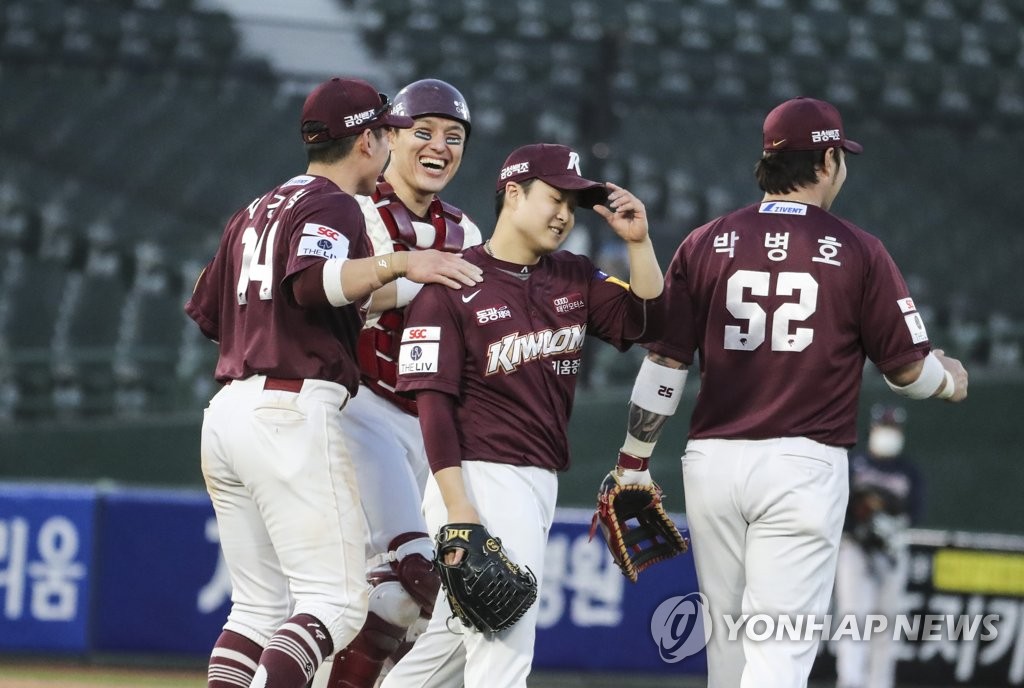 The Doosan Bears are hanging tough with the two big boys at 4-3, determined to defy pessimistic outlook after losing some key players via free agency in the offseason.

The Landers, who have been playing under the brightest spotlight thanks to their signing of ex-MLB All-Star Choo Shin-soo, are the third team with a 4-3 record. Their "home runs or nothing" approach at the plate may ultimately prove detrimental to sustained success -- they're second with eight home runs but last with 22 runs scored, and they're the only team to have been shut out twice this year -- and their pitching remains suspect.

The Kiwoom Heroes have already played in four extra-inning games, and had their first extra-inning victory Sunday over the Lotte Giants. That evened the Heroes' record at 4-4. 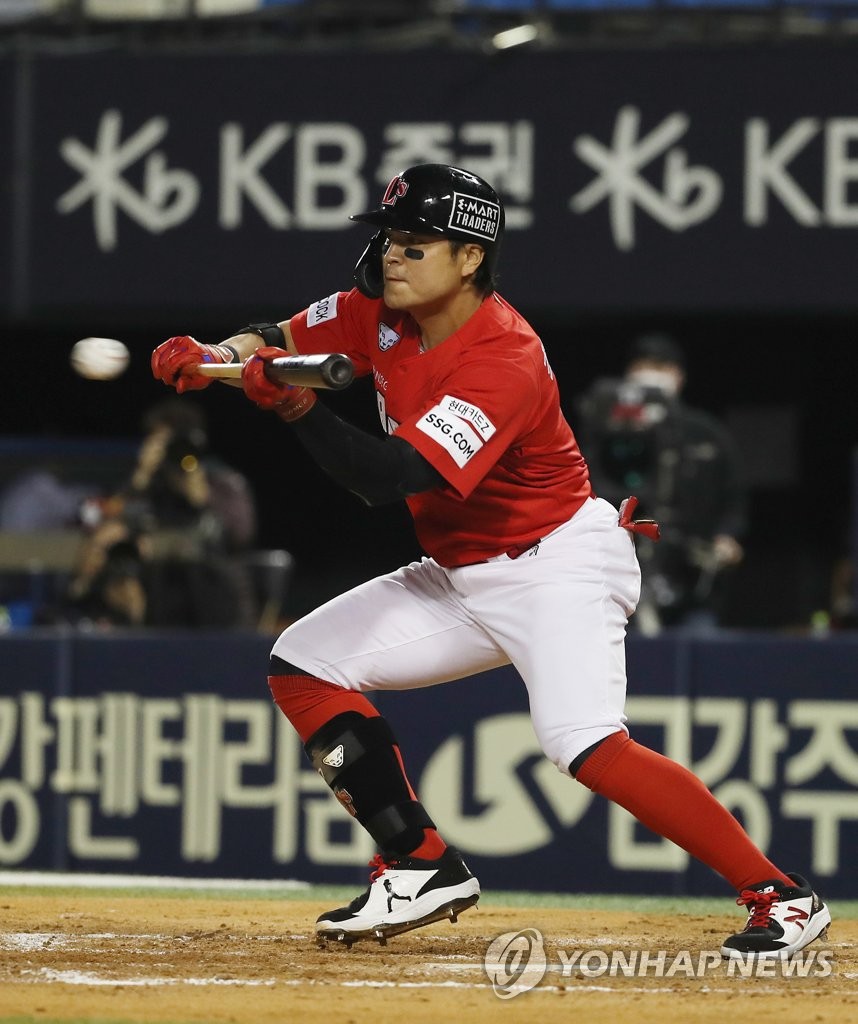 Below them, the Tigers, the Giants and the Hanwha Eagles are knotted at 3-4. The KT Wiz are bringing up the rear at 2-5.

The Wiz are looking to make the postseason for the second straight year. In 2020, they posted the second-best record in the regular season at 81-62-1, but they were 1-6 after the first seven games, also the worst record in the league at the time. 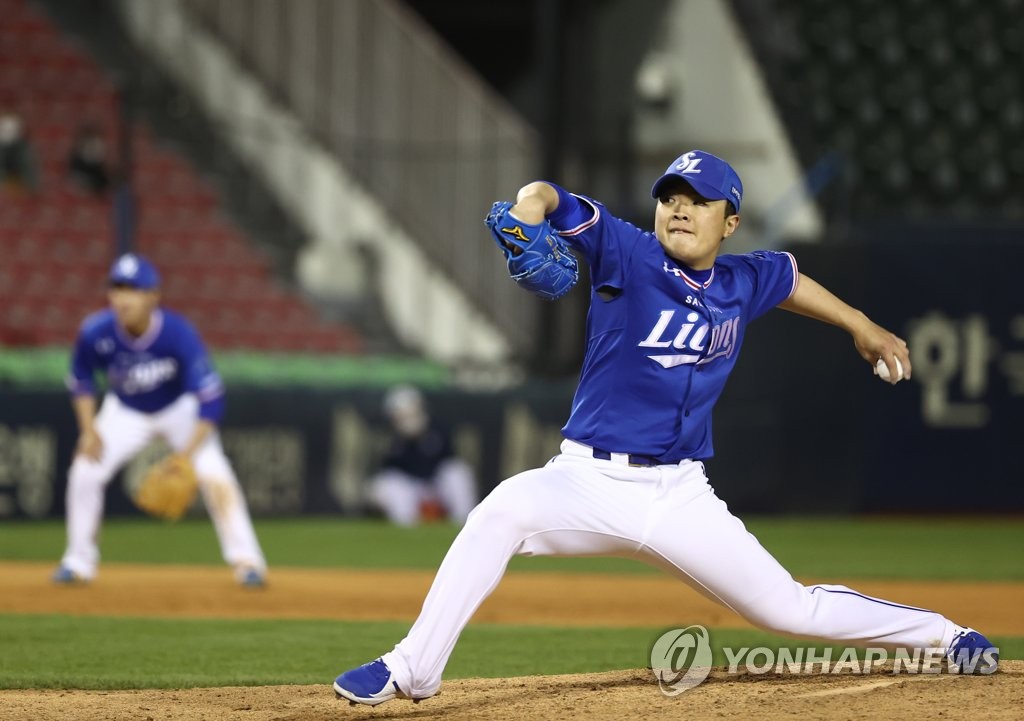 Preseason favorites at top after 1st full week in KBO

Preseason favorites at top after 1st full week in KBO