Under the US$55-million deal, the 18,000-cubic meter LNG bunkering ship to be built by Hyundai Mipo Dockyard Co. will be put into operation for Shell by May 2023, the company said.

The deal to be effective by May 2029 has an option to extend the lease period by two years.

The country's top bulk carrier signed two other deals with Shell to lease its LNG carrier in September and its LNG bunkering carrier in February.

A LNG bunkering ship can store LNG in tanks after cooling it to minus 163 C and directly supply it to LNG-powered ships on the ocean. 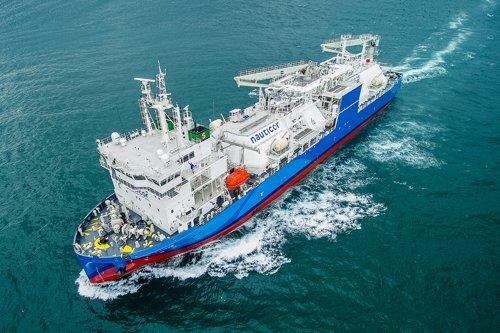