SEOUL, April 12 (Yonhap) -- South Korea on Monday reported 49 more new cases of COVID-19 variants amid concerns that the spread of more transmissible strains may further strain the country's virus battle, with the fourth wave of the pandemic looming.

Of the additional cases identified in the past seven days, 44 people were confirmed to have been infected with the coronavirus variant believed to have originated in Britain, followed by four South Africa variant cases and the Brazilian strain with one, according to the Korea Disease Control and Prevention Agency (KDCA).

Twenty-nine of the newly added variant cases were from people traveling from overseas, with South Korean nationals accounting for 26 of them.

The total number of the three types of variants confirmed here since October last year came to 379.

So far, variants traced to Britain accounted for 324, followed by South Africa with 46 and Brazil with nine. 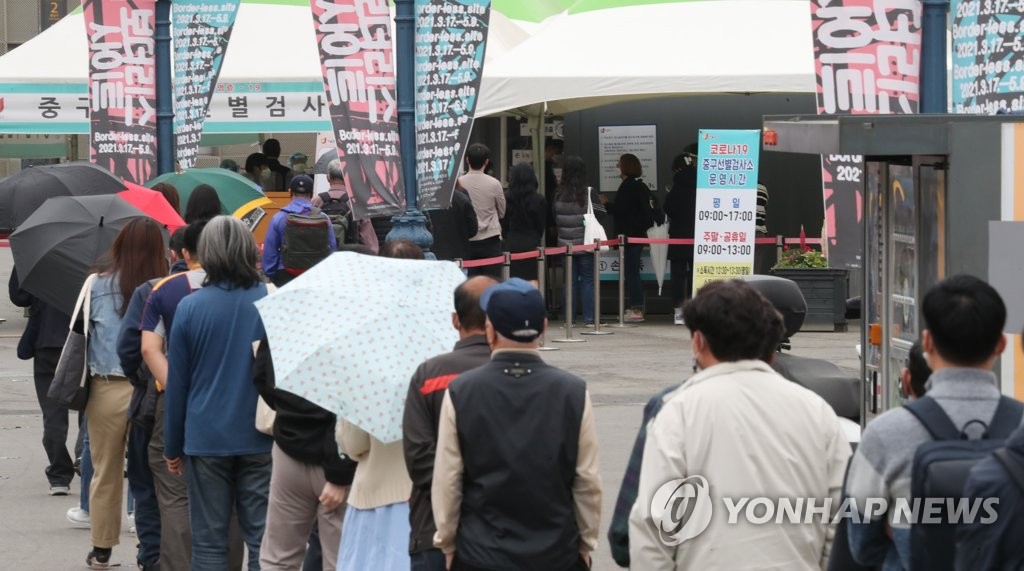 The country has been raising its guard against community spread of variant cases amid looming woes over a bigger wave of infections in spring. Some of the cluster infections have included patients who contracted the COVID-19 variants.

To better control variant cases, health authorities early this month decided to extend the ban on passenger flights arriving from Britain, which has been in place since Dec. 23, for another three weeks until April 22.

All travelers coming to South Korea have been required to present certificates of negative polymerase chain reaction (PCR) tests taken within 72 hours of their departure since late February.

They are also required to undergo a 14-day isolation period upon their entry into the country.

In its latest measures, the country decided to make all arrivals take PCR tests within five to seven days after their entry. Those coming from South Africa and Tanzania are required to stay at temporary shelters for 14 days.