SEOUL, April 12 (Yonhap) -- President Moon Jae-in warned Monday that South Korea may be drawn into an "explosive" wave of COVID-19 infections if it fails to contain the current phase of the pandemic.

"It's a perilous situation that could lead to an explosive pandemic if we let our guard down," he stressed during an emergency interagency meeting on responding to the coronavirus. 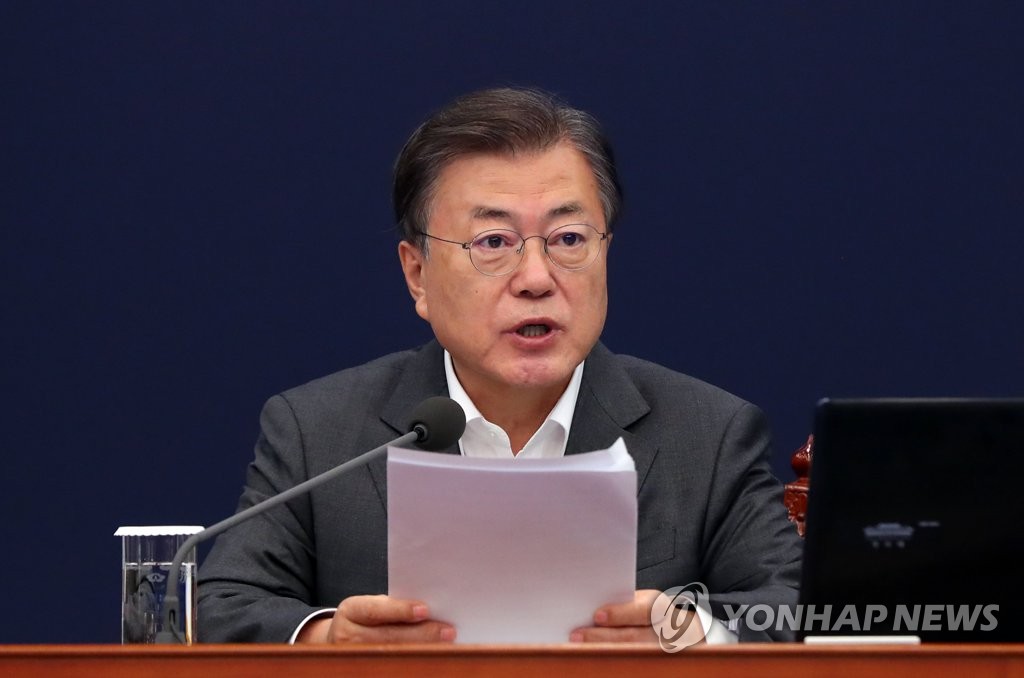 It marked Moon's first official activity on the antivirus fight in the wake of the ruling Democratic Party's rout in the Seoul and Busan mayoral by-elections last week. A day after the election defeat, Moon stated that he would focus efforts on overcoming the COVID-19 crisis and endeavor to revitalize the economy and stabilize the real estate market.

Fears are growing that the country might be on the cusp of a fourth wave of coronavirus infections. Earlier in the day, the government reported a daily total of 587 new infections nationwide.

What's most important at the current phase is to locate "hidden infected people" who seem to be everywhere, according to the president.

Moon reaffirmed the government's zero-tolerance policy against the violation of social distancing regulations.

The government would have no other choice but to raise the alert level in spite of the burden on the economy and people's livelihoods if the coronavirus is not brought under control, he added. 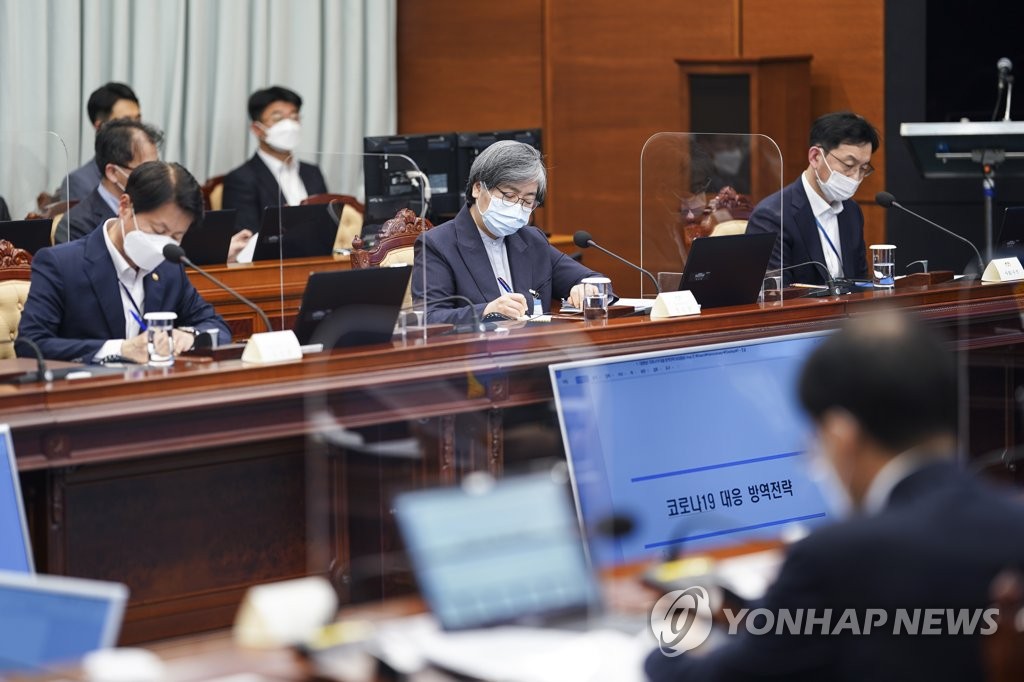 Moon also requested public support for the vaccination program, saying its success is up to "speed and safety."

He cited the health authorities' decision to resume AstraZeneca jabs for those aged between 30 and 60.

"Vaccination is based on science," Moon said and added that the decision on the AstraZeneca vaccine was made in respect of experts' opinions.

He raised the need to relax some restrictions on the operating hours of restaurants, bars and other entertainment facilities to help related business owners stricken by financial difficulties.