SEOUL, April 12 (Yonhap) -- Trying to qualify for the Olympic women's football tournament for the first time, South Korea dug themselves into a hole by losing to China 2-1 in the first of two playoff matches last week.

Now, South Korea head coach Colin Bell thinks it will take massive effort from his players to get the job done.

"To win tomorrow, we have to play an almost perfect game," Bell said at a prematch press conference on Monday at Suzhou Olympic Sports Center in Suzhou, China. The second leg of the final Asian qualifying playoffs for the Tokyo Olympics will kick off there on Tuesday at 4 p.m. local time and 5 p.m. in South Korea. 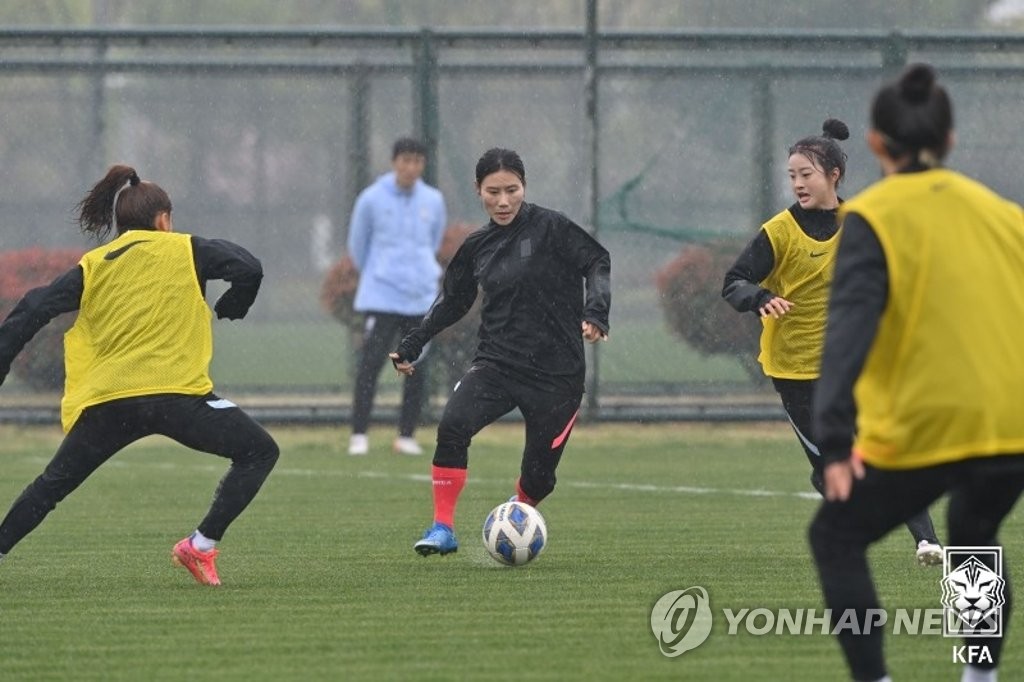 The aggregate score after two matches will determine the winner. China claimed the first leg last Thursday in South Korea, with Wang Shuang's 73rd-minute penalty proving to be the difference.

"China are dangerous. They're a powerful team," Bell said. "We need to have confidence in our ability and try to get a hold of the game, which we didn't do in the first 15, 20 minutes last Thursday. It was two defensive errors that led to our defeat and we need to eradicate those moments."

The away goals rule is in effect, meaning, in case of a tie in the total score, the team with more goals away from home will be declared the winner. 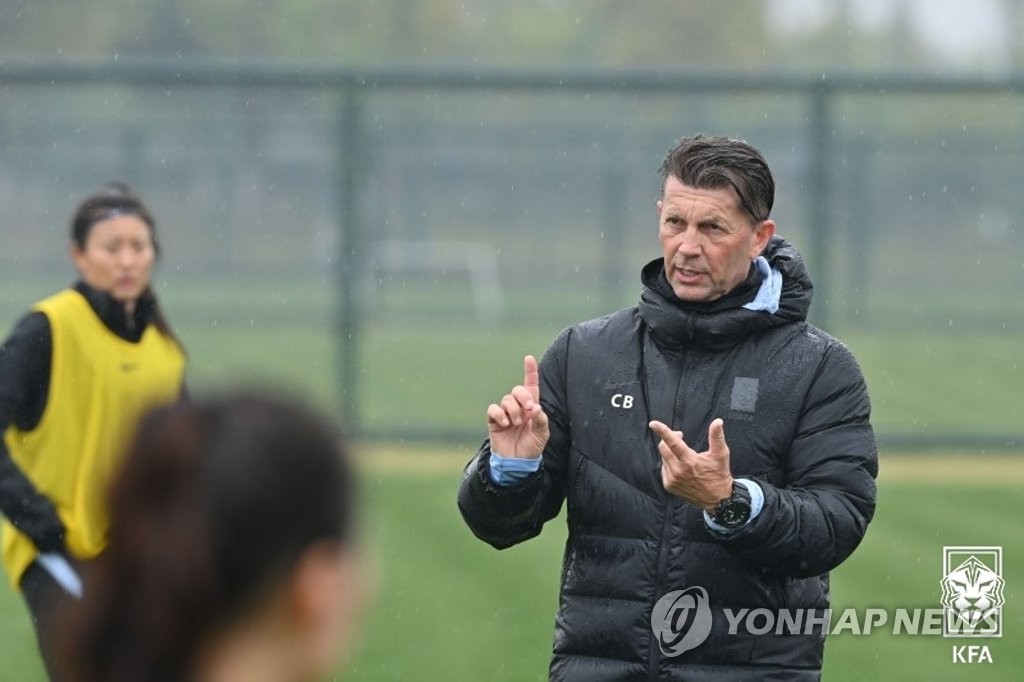 With China having bagged two away goals, South Korea must win by 2-0, 3-1 or 3-2 on Tuesday. If South Korea finish 90 minutes of action up 2-1, the teams will be tied in both the aggregate score and away goals, which will then set up extra time and possibly a penalty shootout.

South Korea have not beaten China in their past six meetings, with one draw and five losses, and have managed just two goals in that stretch. The last victory came in August 2015.

Bell said he had known all along that South Korea would be in for "two very tough matches" and added the difficulty of the challenge ahead doesn't alter the team's goal. 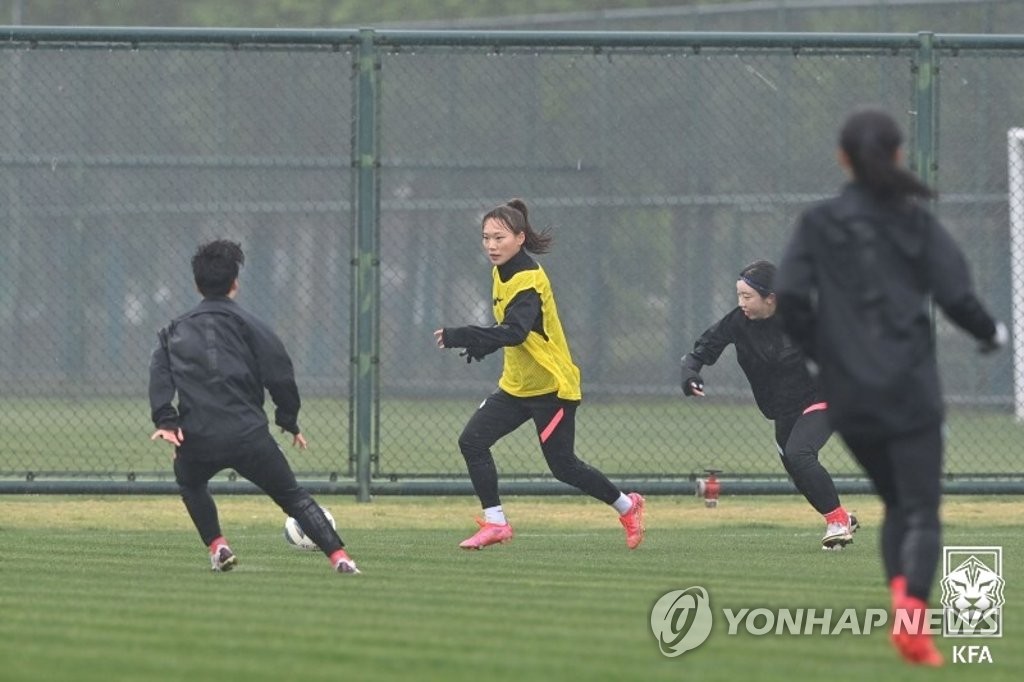 "We believe in our ability. We have analyzed the (first) game very closely and we're hoping we can achieve our goal, and that is to qualify for the Olympics. Nothing has changed in that aspect," Bell said. "We've been waiting for over a year for these two games (following schedule disruptions due to the COVID-19 pandemic), and we don't want to let them slip by without really giving the best account of ourselves."

As for having to score multiple goals to snatch the last Asian ticket to Tokyo, Bell said, "It's not a daunting task. It's a good and exciting challenge for us."

Bell said his players should have enough drive for Tuesday's match without his prodding.

"I think, for every player, the most important thing is intrinsic motivation. When you're a professional athlete and you have a chance of qualifying for the Olympics, that should be motivation enough," Bell said. "My job is to get that extra little bit out of them."

At an earlier press conference on Monday, Chinese head coach Jia Xiuquan said he wants his players to keep their foot on the pedal.

"I told my players to forget about the first match's result and concentrate on the next match," Jia said. "We don't have any secret between South Korea and China. After the first match, I think our players know the opponents very well. I hope my players can work harder and harder to achieve the final win." 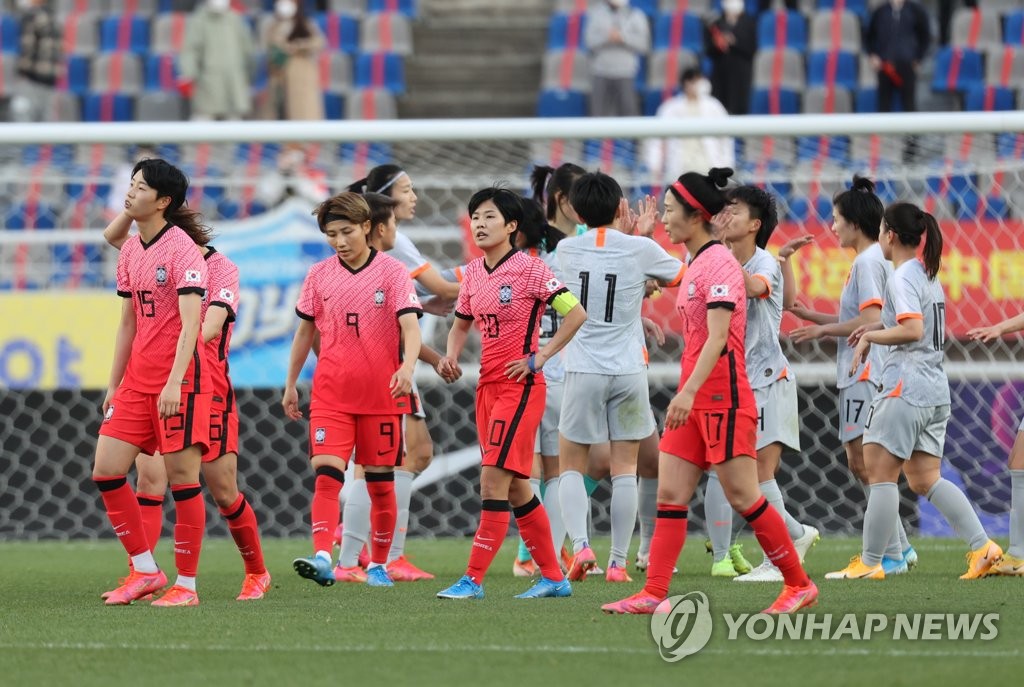