Tokyo appears set to formally announce the final decision in a meeting of related ministers on Tuesday, according to media reports, despite strong opposition from the Japanese fishery industry and concerns from neighboring countries.

Japanese Prime Minister Yoshihide Suga said in a lower house committee earlier in the day that the government cannot put off the decision any longer and that he wants to finalize the decision "within days".

"Our government expresses grave concerns as the decision can have direct and indirect impact on the safety of our people and the surrounding environment," South Korean foreign ministry spokesperson Choi Young-sam said.

"It will be difficult to accept if the Japanese side decides to release the contaminated water from the Fukushima nuclear power plant without sufficient consultations," Choi said.

South Korea will bolster related monitoring to ensure the protection of its citizens' health and environment as top priorities, while continuing to work closely with the international community, including the International Atomic Energy Agency, to deal with the issue, the ministry said.

Tokyo has been widely expected to announce its plan to gradually release into the Pacific Ocean more than 1.2 million tons of radioactive water stored in tanks since the 2011 meltdowns following an earthquake and tsunami.

In a virtual press briefing to local media in March, a Japanese government official said Tokyo cannot continue to delay the disposal of contaminated water from the crippled Fukushima nuclear power plant due to tank storage limits. 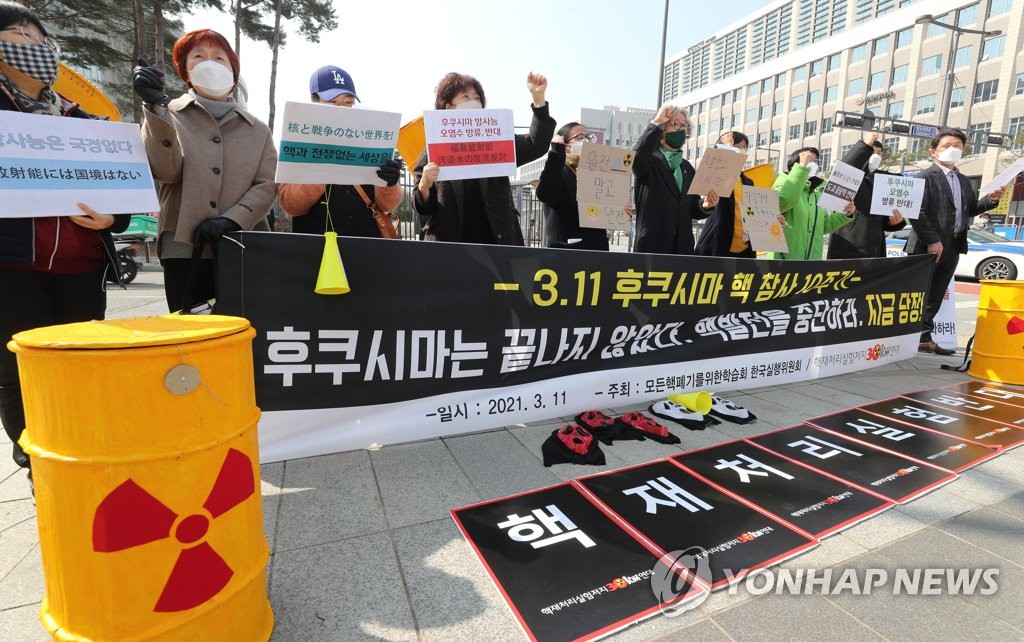