SEOUL, April 13 (Yonhap) -- South Korea's exports of automobiles shot up nearly 17 percent in the January-March period from a year earlier, data showed Tuesday, on the back of rising demand for premium automobiles, including SUVs and eco-friendly cars.

Outbound shipments of automobiles reached 555,430 units in the first quarter, compared with 475,165 units posted a year earlier, according to the Ministry of Trade, Industry and Energy.

By company, exports by Hyundai Motor Co., the top player, edged down 7.1 percent on a base effect. In March last year, exports shot up 11.8 percent on strong sales of SUVs. 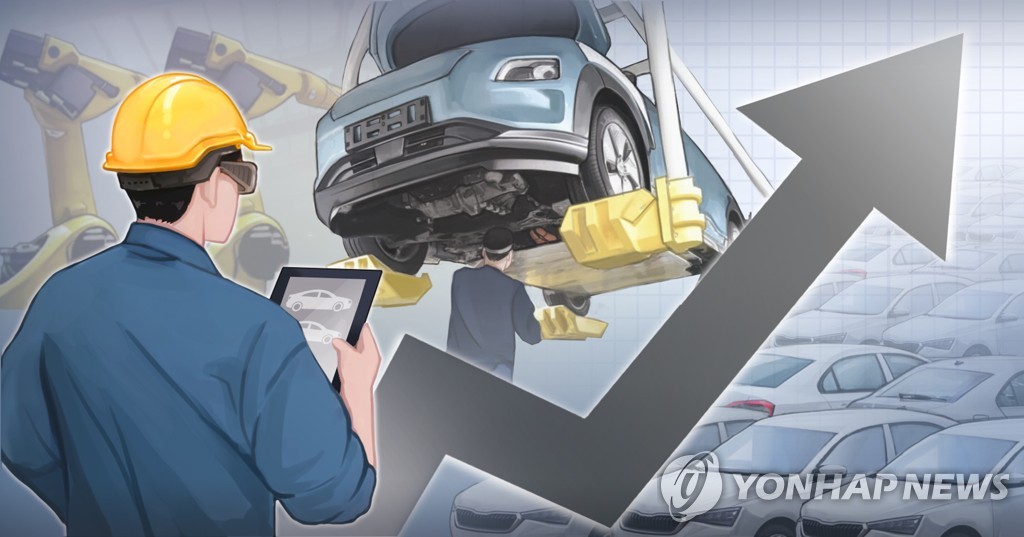 Hyundai's smaller sister Kia Corp. saw its exports jump 12.2 percent on-year on the back of robust shipments of Niro, Stonic, and Seltos SUVs.

Outbound shipments by GM Korea Co., the South Korean unit of General Motors Co., on the other hand, shed 18.9 percent as its production was partially disturbed by the global shortage of automotive chips.

Financially troubled carmaker SsangYong Motor Co. saw its exports rebound 13.3 percent on-year in March, after the company resumed its production after a suspension in the supply of parts in the previous month.

Exports by Renault Samsung Motors Corp. edged down 6.8 percent on sluggish sales of the XM3 SUV in the European market.

By destination, exports to North America advanced 16.2 percent in March, and those to the European Union added 14.3 percent.

Shipments to Eastern Europe jumped 50.4 percent, while those to the Middle East slipped 28.8 percent. Those to Asia added 35.4 percent.