SEOUL, April 13 (Yonhap) -- An employee of the state housing developer, Korea Land and Housing Corp. (LH), has been arrested on suspicion of using insider information to buy land ahead of its potential development.

The suspect was arrested late Monday after the Suwon District Court's Ansan branch issued a warrant, citing the credibility of the allegations against him and concerns he may destroy evidence or flee.

An associate of the suspect was arrested at the same time in the same case. 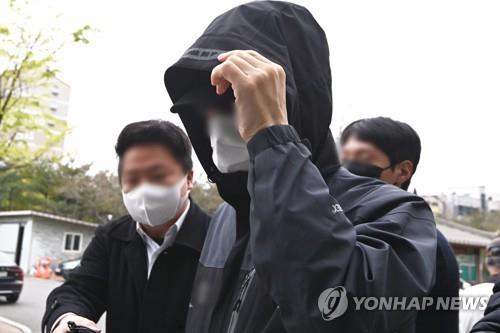 The two allegedly bought 22 plots of land in Gwangmyeong, southwest of Seoul, between March 2017 and December 2018, under the names of 36 people, before the area was designated for development.

The LH employee reportedly worked in a department of the developer that oversaw "new town" projects in Gwangmyeong and other cities in early 2017.

He is suspected of using information he obtained through work to purchase the land under the names of his family members and friends. Police also suspect he provided the information to colleagues at LH's North Jeolla Province headquarters.

Last week, the court issued a police-requested ban on the sale of four of the 22 pieces of land ahead of their possible confiscation, which will depend on whether the LH employee is convicted.

"We will continue to strictly investigate National Assembly members or public officials who have been accused of speculating in real estate, regardless of the office they hold and without sanctuaries," a police official said. "All profits from speculative activity will certainly be confiscated."

The arrests come amid the government's ongoing campaign to crack down on speculation by public sector employees, which began last month following accusations against more than a dozen LH workers.

The apparent injustice of using insider information for speculative buying has enraged the public at a time when home prices are soaring nationwide.