SEOUL, April 13 (Yonhap) -- President Moon Jae-in stressed the importance Tuesday of stepping up policy efforts to address the problem of young adults struggling to get decent jobs and housing.

During a weekly Cabinet meeting, he made a relatively lengthy remark on the socio-economic issue related to increased difficulties facing those in their 20s and 30s, who are called Millenials and Generation Z.

According to data compiled by exit pollsters, 75 percent of male voters aged 20-29 cast their ballots for the candidates of the conservative People Power Party. Many women in their 20s, who had strongly supported the DP, also turned their back on the party, with the presidential poll less than a year away.

They appear to have vented pent-up anger over what they view as the ruling bloc's "policy incompetence, arrogance and hypocrisy," according to political analysts.

Moon pointed out that South Korea's young adults are "going through the most important moment of their lives," and are most exposed to the impact of the drawn-out COVID-19 pandemic of all age groups. 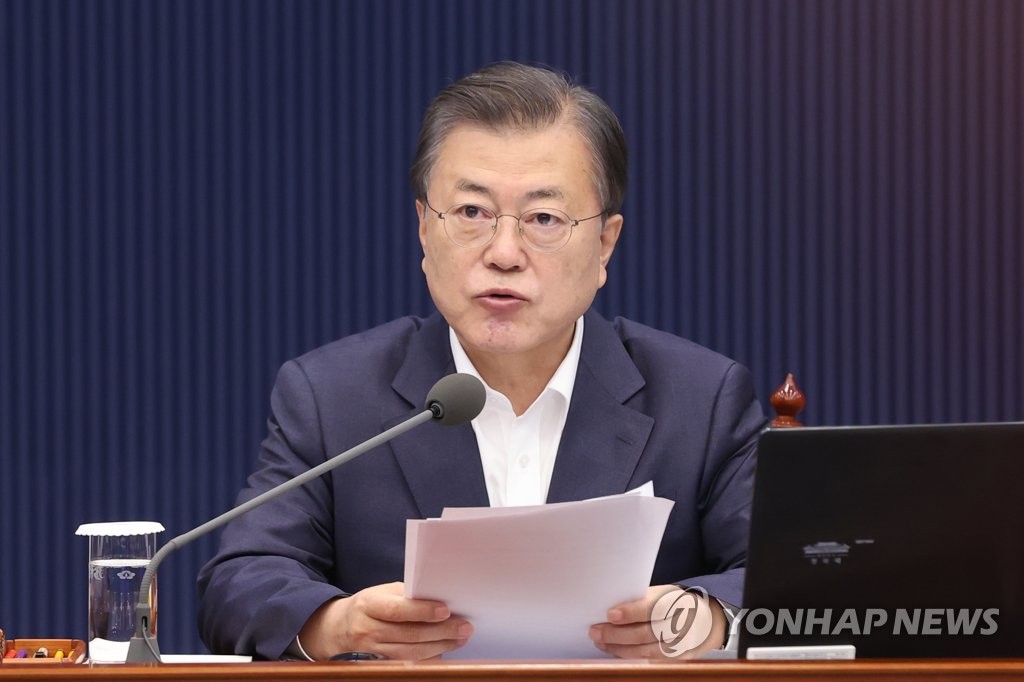 He cited their troubles in landing jobs and growing uncertainty over their future.

"It has become an important task for our society to prioritize," the president said in his opening remarks, which pool reporters were allowed to cover.

He instructed the government to explore "special measures beyond existing ones."

He also emphasized the need to expand housing supply for the young and others without their own houses. Home prices and rent have soared in the greater Seoul area and other major cities under the Moon administration. 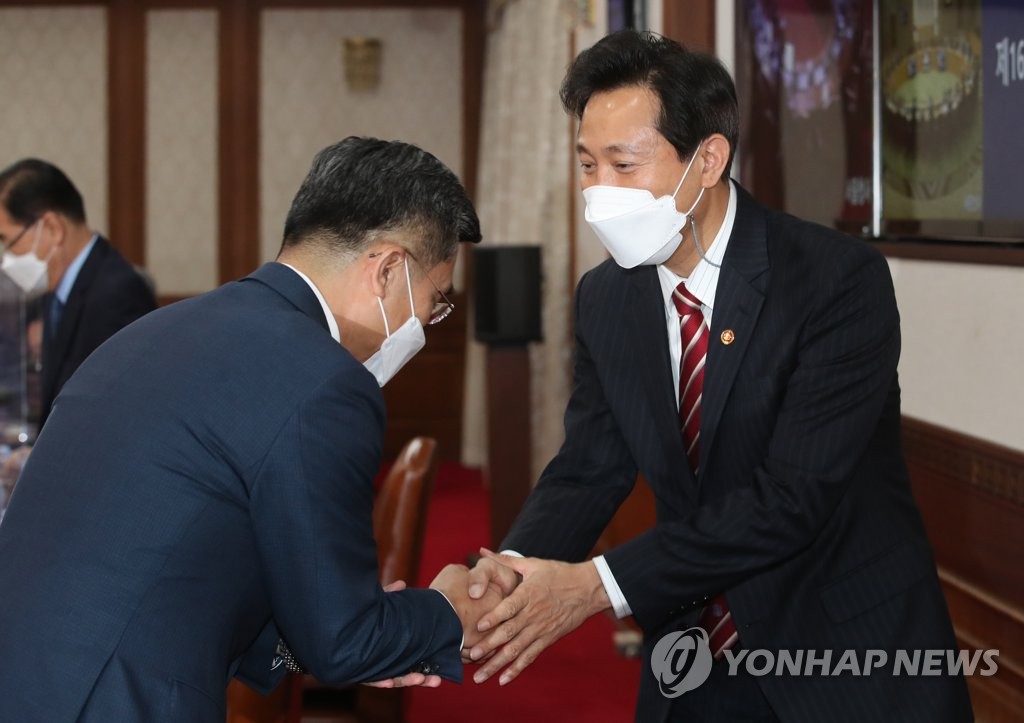 Moon congratulated Oh on his election and welcomed him. Seoul mayor is not a member of the Cabinet but is invited to a weekly Cabinet meeting.

Moon presided over the meeting from Cheong Wa Dae and Oh joined via video links at the government complex nearby.