SEOUL, April 13 (Yonhap) -- An exhibition that brings together "hanbok," or traditional Korean attire, worn by K-pop stars has kicked off Tuesday in Seoul in line with the annual hanbok culture week, the culture ministry said.

The exhibition, co-hosted by the Ministry of Culture, Sports and Tourism and the Hanbok Advancement Center, will run through April 25 at D-Forest, a multipurpose venue at Dongdaemun Design Plaza in eastern Seoul.

A total of 25 sets of hanbok created by seven traditional garment designers and worn by K-pop acts like BTS, Chungha, Zico and Oh My Girl in their performances and music videos are on display.

Admission is free, but visitors are advised to make a reservation on internet portal Naver's ticketing platform as only 50 people are allowed in the venue each hour under social distancing measures. 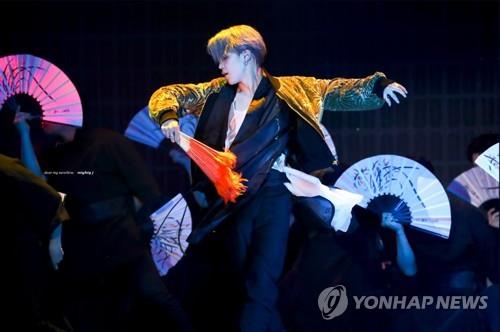 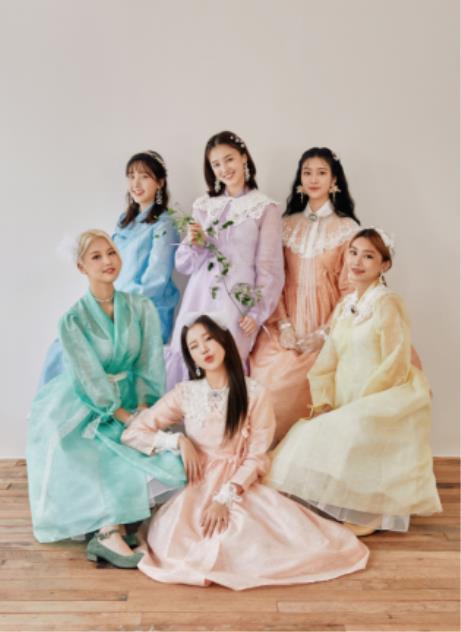 The hanbok exhibition is part of the 2021 spring hanbok culture week that kicked off Friday. Various programs and events will take place throughout Sunday in the central Seoul ward of Jongno, as well as six other municipalities, including the southern city of Jeonju, known for its historic charm.

Launched in 2018, the annual event aimed at promoting the traditional attire had taken place each autumn. But last year's event was postponed to this year following a record long monsoon season that pounded parts of the country last summer, according to the ministry.