SEOUL, April 13 (Yonhap) -- President Moon Jae-in issued a special order Tuesday for the new top commander of South Korea's Marine Corps to redouble efforts for the protection of the country's fishermen in the Yellow Sea.

In particular, the waters close to the sea border with North Korea are regarded as a flashpoint. Chinese fishing boats have frequented there as well.

After receiving a promotion report from Lt. Gen. Kim Tae-sung, commandant of the Marine Corps, at Cheong Wa Dae, Moon told him to pay special attention to the security of fishermen there, according to deputy Cheong Wa Dae spokesperson Lim Se-eun.

The president instructed the Marine Corps to protect them and their fishing grounds in case of "accidental situations."

Moon also stressed that a strong defense power is necessary until the establishment of "complete peace," Lim added.

Last week, Moon picked Kim, who was a two-star general, to lead the troops. 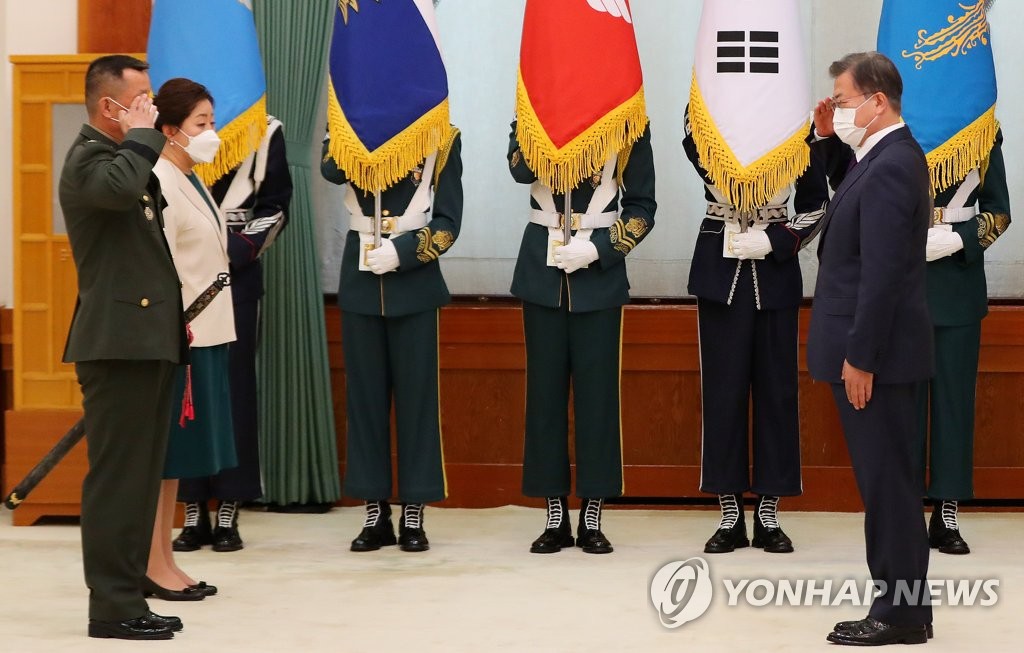