SEOUL, April 13 (Yonhap) -- The Olympic dream for the South Korean women's football team crashed and burned on Tuesday, as they frittered away a two-goal lead against China in the final qualifying match.

South Korea and China played to a 2-2 draw in the second leg of their playoff for the Tokyo Olympics at Suzhou Olympic Sports Centre in Suzhou, China. Following their 2-1 victory in the first leg last Thursday, China advanced to the Tokyo Olympics on a 4-3 edge in the aggregate score.

With the away goals rule in effect, South Korea had to win by 2-0, 3-1 or 3-2, and so forth, to qualify. South Korea built a 2-0 lead in the first half, but Wang Shuang got a goal back for China midway through the second half and netted another one in extra time to clinch the final Asian ticket to Tokyo.

Women's football was added to the Olympics in 1996, and South Korea have never played in the quadrennial event. 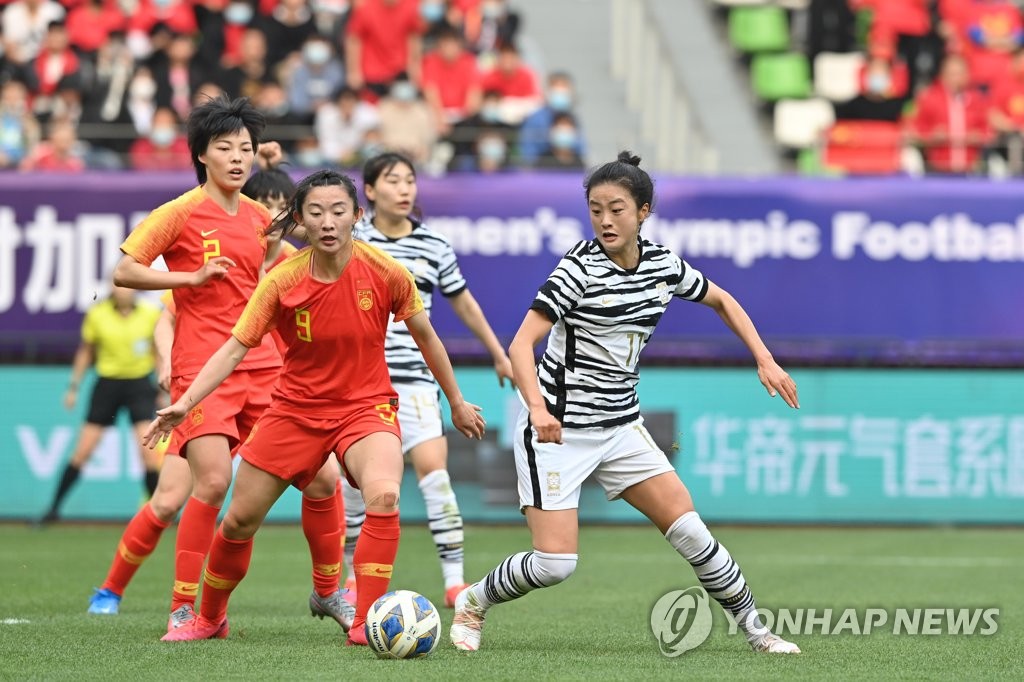 With China appearing content to sit back and settle for a draw, South Korea were the far more aggressive side in the early going, though their dominance in ball possession didn't lead to any shot attempts in the opening 30 minutes.

It was the Chinese striker Tang Jiali who had the match's first dangerous chance in the 26th minute, when her left-footed shot after a Korean turnover rolled just wide right of the target.

South Korea then scored on their first shot five minutes later, thanks to some great individual effort by midfielder Cho So-hyun.

Cho secured the ball just outside the middle of the box, and then drove deep into the left side of the area before sending a cross as she was going out of bounds. Winger Kang Chae-rim then charged in from the far side and volleyed it home for a 1-0 South Korean lead. It was Kang's second goal in as many matches. 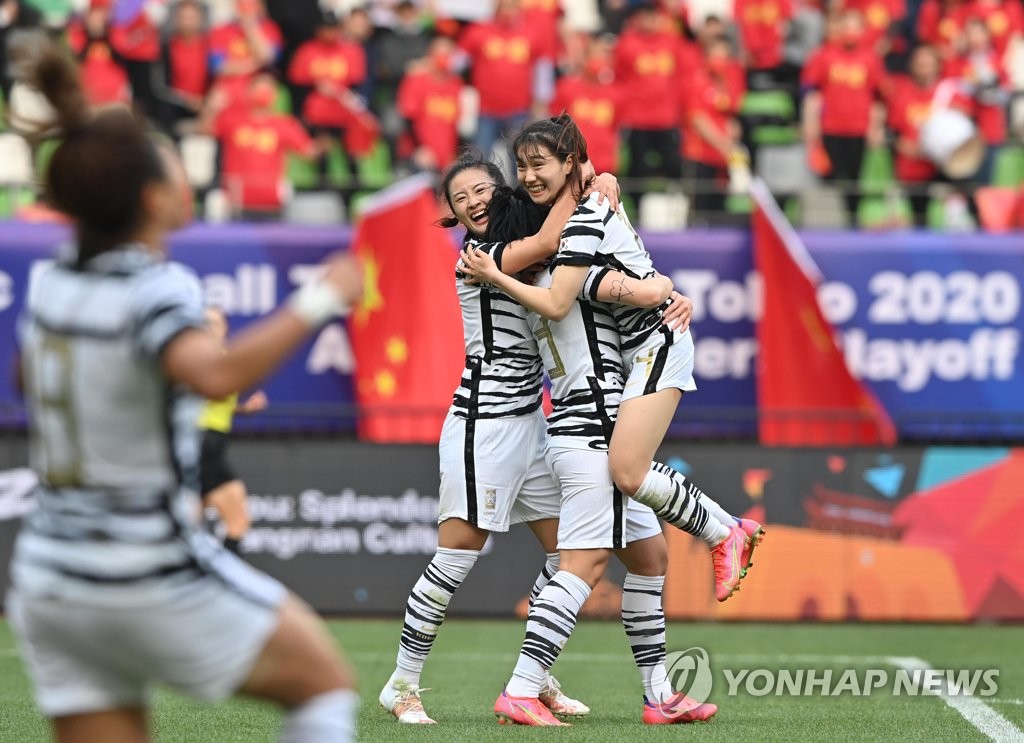 South Korea doubled their lead thanks to a Chinese own goal in the dying moments of the first half. Chinese goalkeeper Peng Shimeng made a spectacular save on Cho's header off a Kang corner kick, and Kang secured the rebound on the right side and fired a hard cross toward the middle.

Forward Choe Yu-ri was in position to slot it home, but the ball went in off the leg of defender Li Mengwen. Choe was initially credited with the goal, but the Asian Football Confederation (AFC) later changed it to Li's own goal.

South Korea had to hold on and the Olympic spot would be theirs, and they didn't just try to protect that lead, as two defenders, Hong Hye-ji and Lim Seon-joo, each had good looks at the net inside the first 15 minutes of the second half.

But China got a goal back in the 69th minute, as Wang Shuang's free kick from well outside the box sailed over the defense and bounced into the net. 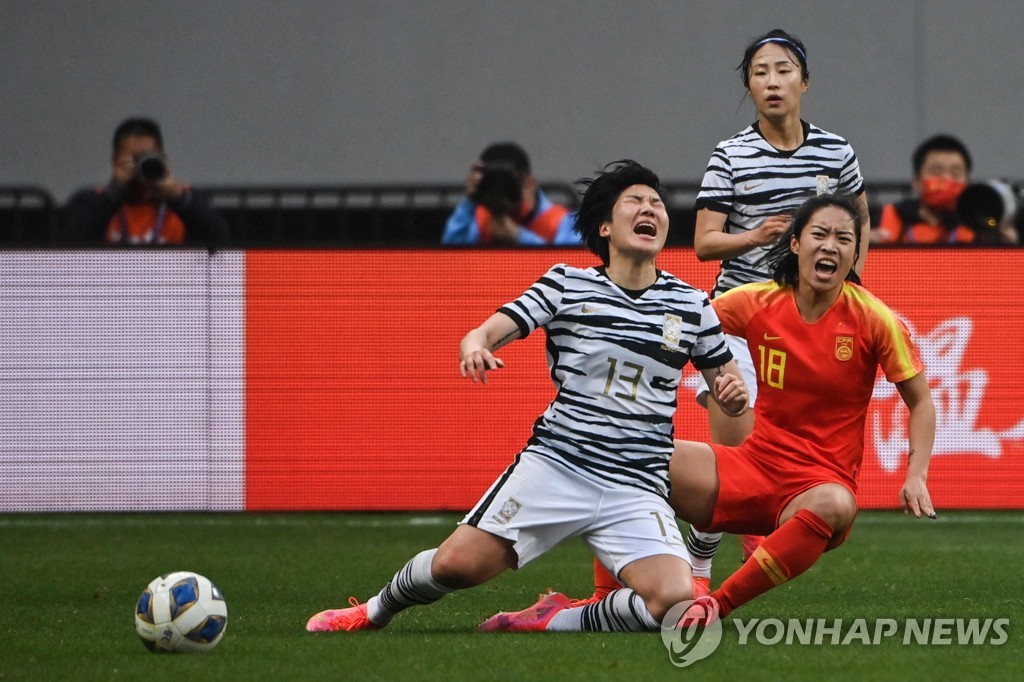 The teams were now tied at 3-3 in the aggregate score and 2-2 in away goals. With the specter of extra time looming, South Korea knocked on the Chinese door, with a volley by Lee Young-ju and a low shot by Ji So-yun both missing the net to the right.

Wang Shuang then broke though 14 minutes into extra time for her second of the match. In a mad scramble inside the South Korean box, defender Shim Seo-yeon's clearing attempt went right to Wang Shanshan, who quickly fed the ball to Wang Shuang standing just outside the box. The midfielder then curled one into the bottom right corner for the 4-3 aggregate advantage.

South Korea nearly responded in the next minute, but Cho So-hyun's shot from point-blank range was kicked aside by goalkeeper Peng Shimeng.

Players on both teams were running on fumes in the second half of extra time, and China denied South Korea's dream of their first Olympic appearance. 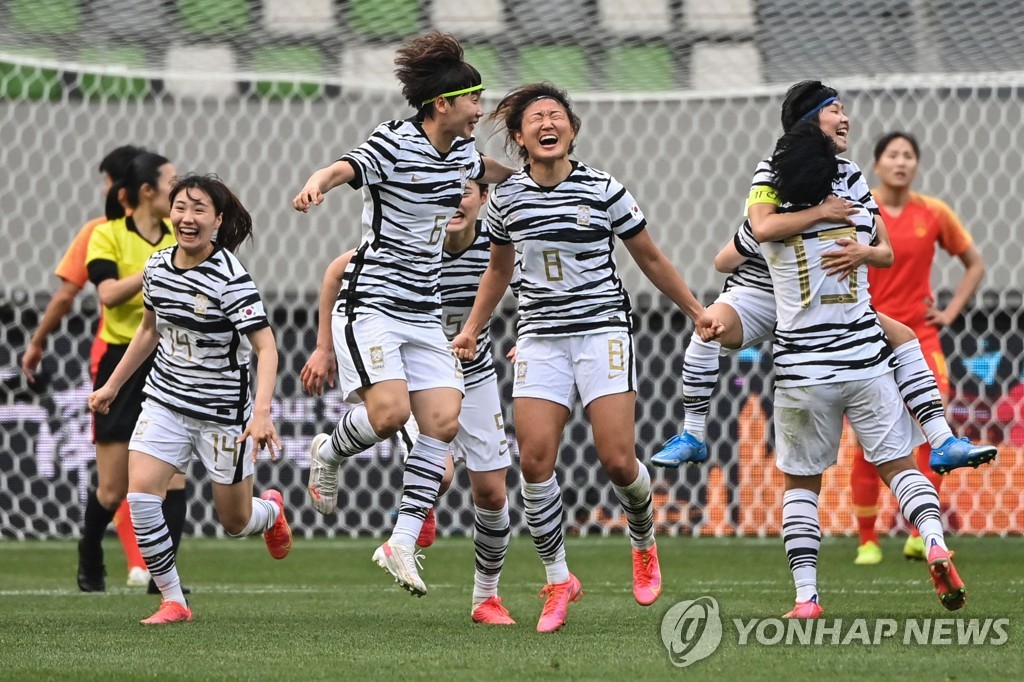 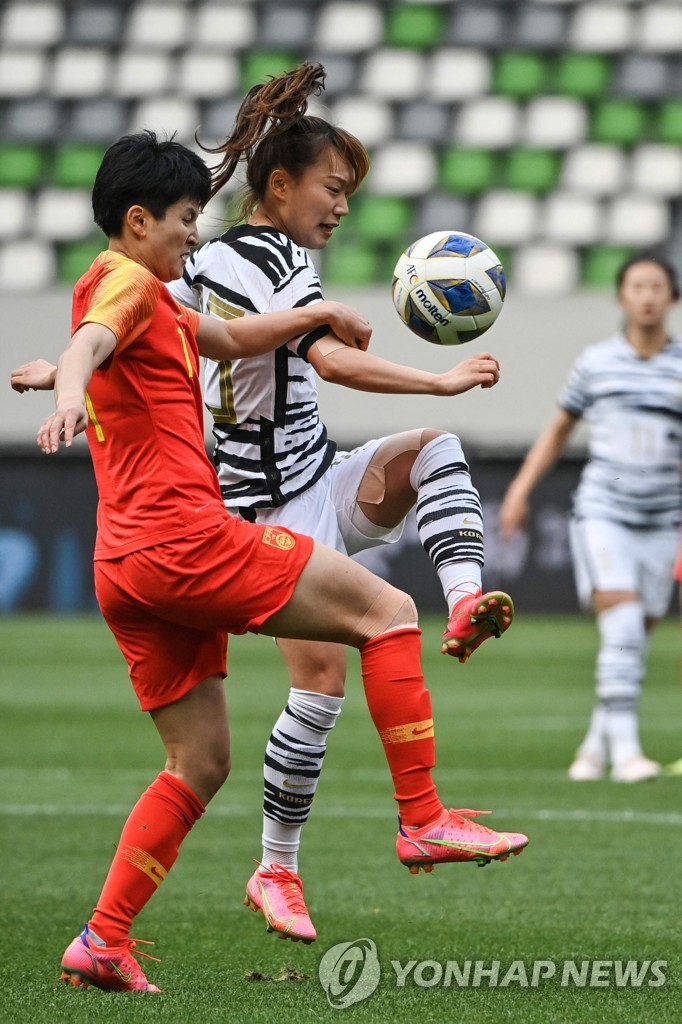