Kerry plans to travel to Shanghai and Seoul from Wednesday through Saturday on a mission aimed at "raising global climate ambition" ahead of the virtual Leaders Summit on Climate slated to take place on April 22 and 23, the department said. 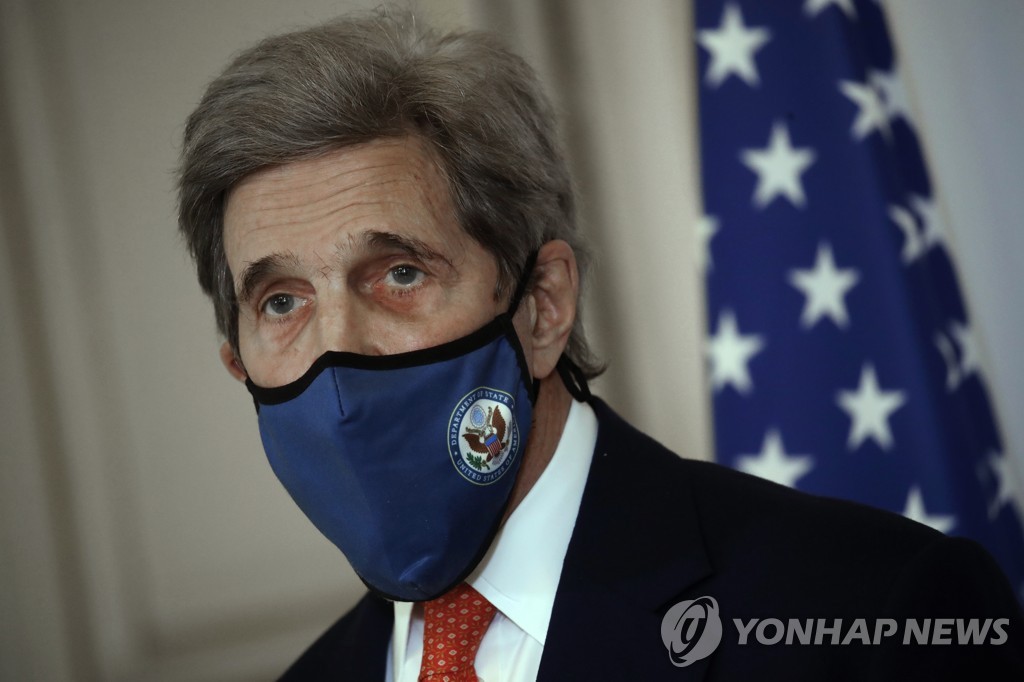 The department did not specify the details of his trip, but a diplomatic source in South Korea said that Kerry will visit Seoul on Saturday for talks with Foreign Minister Chung Eui-yong.

U.S. President Joe Biden has invited the leaders of 40 countries to the climate summit, including China, Japan and Russia.

The summit comes as it seeks to shore up its leadership on global issues, such as climate change -- an area where Washington's commitment had receded due to former President Donald Trump's formal withdrawal from the Paris Agreement late last year. Weeks after Biden took office, the U.S. rejoined the accord.

Seoul has been active in cooperating with Washington in the fight against climate change, a nonpolitical issue that the U.S. regards as a realm for cooperation with its strategic rival, China, as well.