The number of Roman Catholics here was 5,923,300 as of the end of 2020, up only 8,631, or 0.15 percent, from the previous year, according to the annual statistics compiled by the Catholic Bishops' Conference of Korea (CBCK).

The increase rate was significantly lower than the corresponding figures of 0.9 percent and 0.8 percent tallied in 2018 and 2019, respectively.

It was also the lowest since a proper census of Catholic churchgoers in Korea was first conducted in 1954, a year after the two Koreas reached an Armistice Agreement to cease the Korean War. 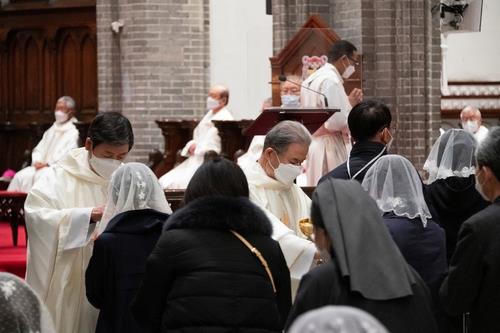 The data also showed that baptism cases plunged 62.6 percent on-year in 2020 to 30,285, while the number of marriages recognized by the Catholic Church fell 43 percent to 7,915.

Data on attendance for regular Sunday Masses were not compiled due to restrictions on tallying in-person services amid the pandemic, CBCK officials said.

They explained that services were directly affected by COVID-19, considering that the number of communions -- the main sacrament of worship -- more than halved from over 80 million to around 37.6 million.

TV viewership ratings for Sunday Masses aired on the Catholic Peace Broadcasting Corp. and its YouTube channel, however, surged as more churchgoers opted to attend Mass virtually, the data showed.

"Many church members have striven to participate in Eucharists streamed on televisions and YouTube amid difficulties stemming from COVID-19, but the value of in-person worships, the core of Catholic life, should not weaken," they said.

Of the country's total population of 52.9 million, including foreigners, the Roman Catholic population took up 11.2 percent. 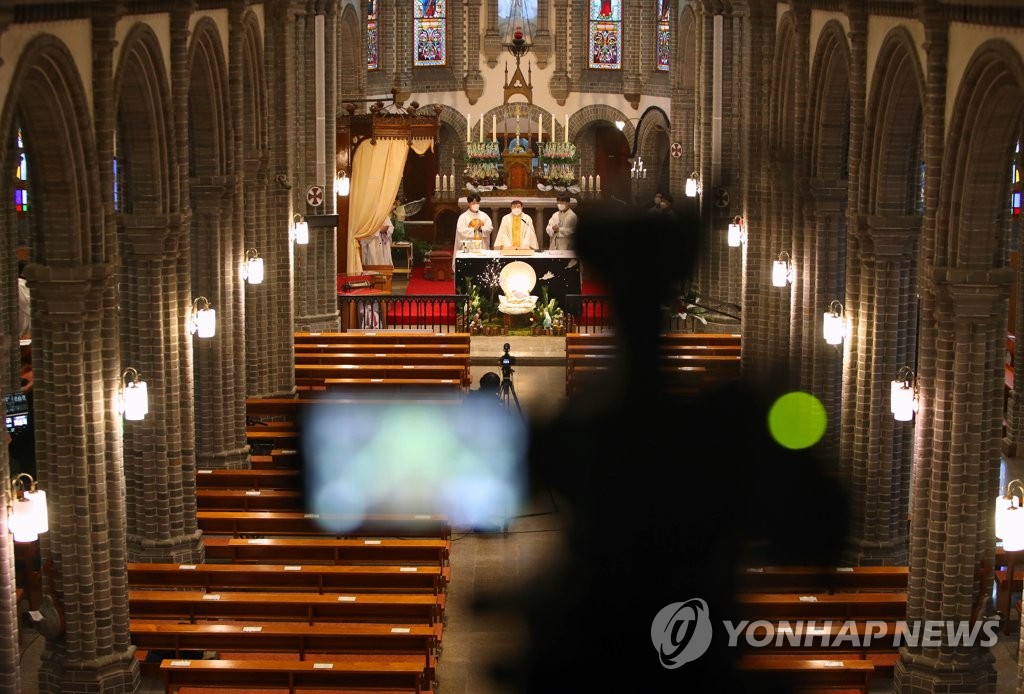