SEOUL, April 14 (Yonhap) -- When he's on top of his game, few pitchers in baseball can be as effective and beguiling as Ryu Hyun-jin.

The Toronto Blue Jays' ace put on a pitching clinic in picking up his first win of the season against the New York Yankees at TD Ballpark in Dunedin, Florida, on Tuesday (local time). Ryu gave up a run -- unearned -- in 6 2/3 innings against his old nemesis, keeping them off balance all game, with an array of well-located fastballs setting up excellent secondary pitches. 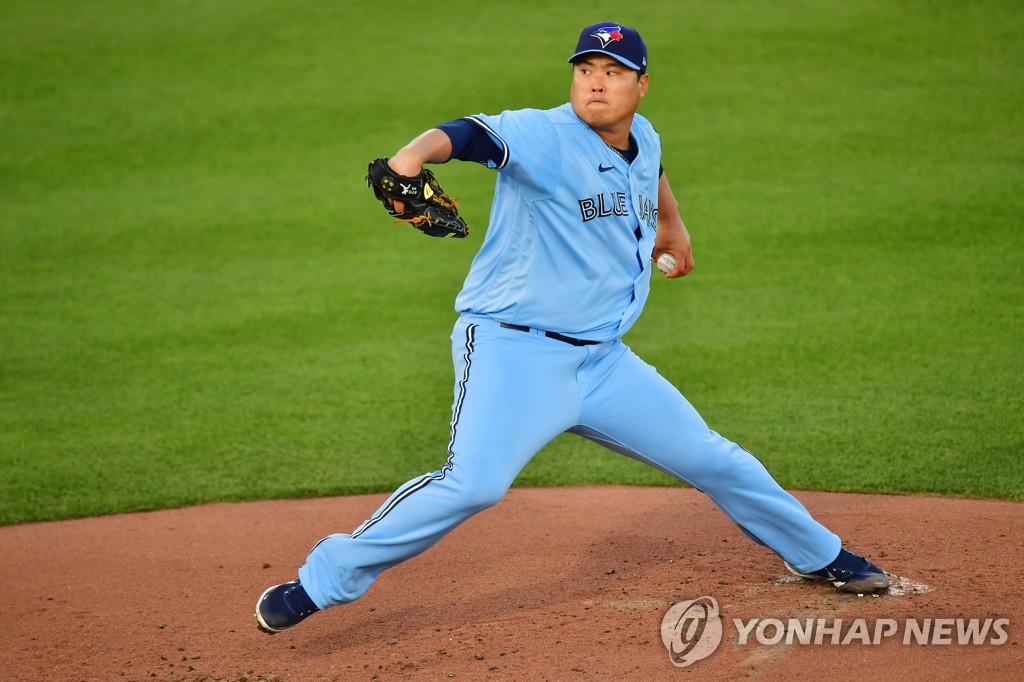 The left-hander, now 1-1 with a 1.89 ERA, faced the minimum through five innings, needing just 54 pitches and inducing two double play balls against the right-handed heavy lineup.

Ryu threw a first-pitch strike on 10 of the first 15 batters he faced, and Yankees batters had trouble getting timing their swings. They were either out in front of changeups or late on fastballs, even though Ryu averaged just 90.4 miles per hour (mph) with his four-seamer in the game.

The changeup has been his bread-and-butter pitch this season, but Ryu relied most heavily on the cutter on Tuesday, throwing it 35 percent of the time (33 of 95 pitches).

Yankees hitters took 24 swings at the cutter and whiffed on it seven times.

"I was able to command it on both sides of the plate," Ryu said of his cutter in his postgame Zoom session with media. "There were some cutters that I threw harder than previous games. I've been trying to throw it faster with less break. I need more of those pitches." 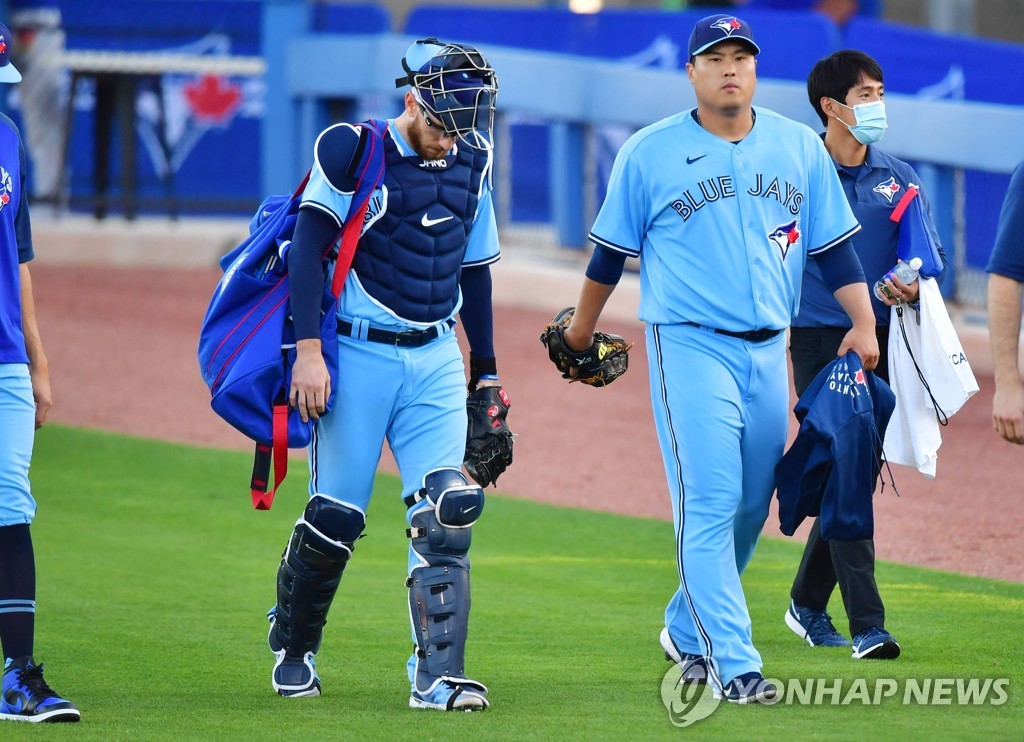 His first victory of 2021 was also win No. 60 for his major league career, which began in 2013 with the Los Angeles Dodgers. Ryu said he hadn't been paying any attention to his mini milestone and added, "I am just happy that I've been able to do my job as a starting pitcher in the first three games of the season so far."

He pitched 5 1/3 innings on Opening Day on April 1 and held the Yankees to two runs. Six days later, he held the Texas Rangers to two runs in seven innings. And pitching on five days' rest, Ryu pitched into the seventh inning for the second consecutive start Tuesday.

"I've always had confidence since the start of the season," Ryu said. "I've pitched well in the early going because I felt like I was well prepared coming into the season. I've been able to command all of my pitches exactly the way I wanted to."

The Blue Jays kept Ryu away from the Yankees during spring training, having him throw in the bullpen or against their own minor leaguers in a scrimmage when his turn against the American League East rivals came up. 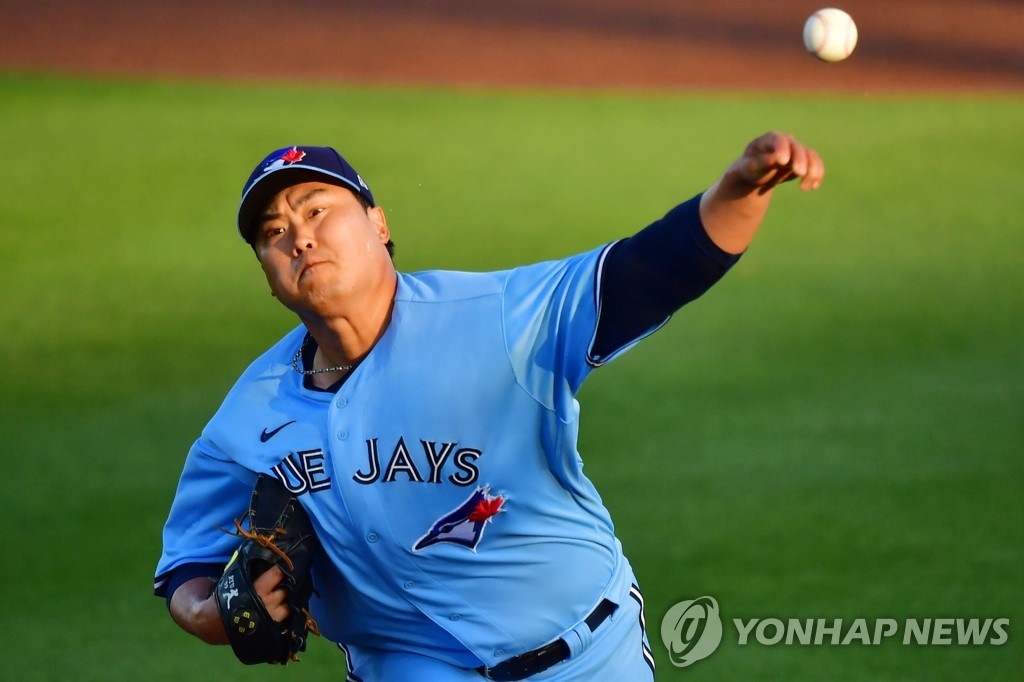 And so far in the regular season, two of Ryu's three starts have come against them already. Before Tuesday's game, Ryu had a 5.53 ERA against the Bronx Bombers in five previous stars, with eight home runs allowed in 27 2/3 innings.

Asked if he had changed his approach the second time facing the Yankees, Ryu said, "I stuck to much the same game plan. I had more zip to my fastball, and as the game went on, I started relying more on the pitches that I thought were working well." 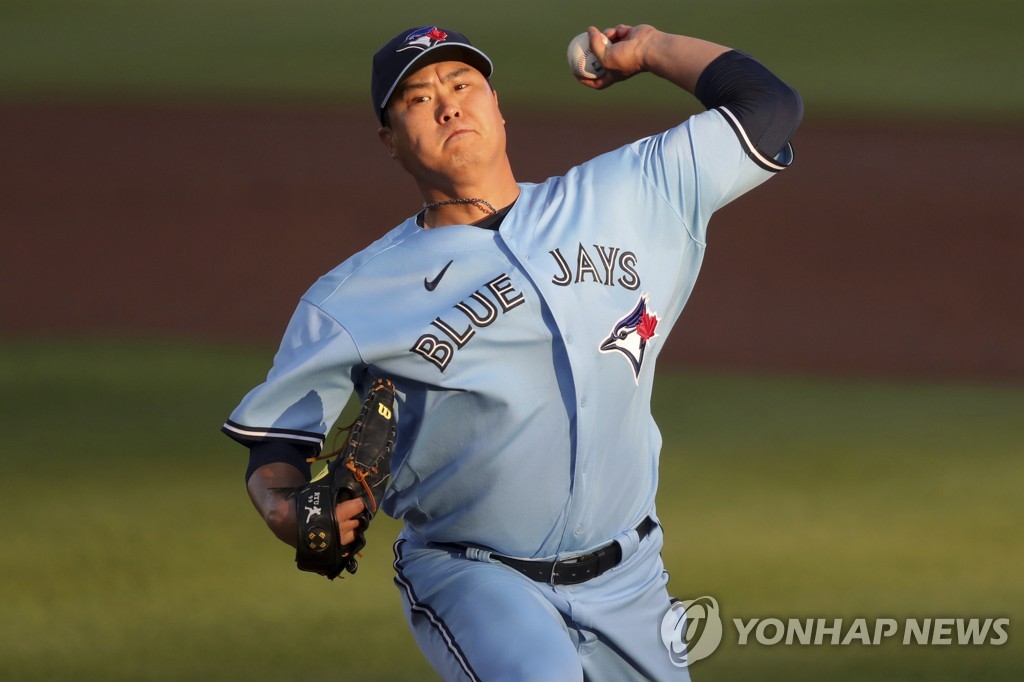