(ATTN: UPDATES with additional briefing on remarks on Japan in paras 10-13)
By Lee Chi-dong

SEOUL, April 14 (Yonhap) -- South Korea is considering lodging a complaint with an international tribunal against Japan's decision to dump a huge amount of contaminated wastewater from a crippled nuclear plant into the Pacific Ocean, Cheong Wa Dae said Wednesday.

In an internal meeting, Moon ordered his government to "proactively consider" bringing the matter to the International Tribunal for the Law of the Sea, according to Cheong Wa Dae spokesman Kang Min-seok.

Moon then told the Japanese envoy that there is "great concern" among South Koreans, as the two nations are geographically close to each other and share the sea. 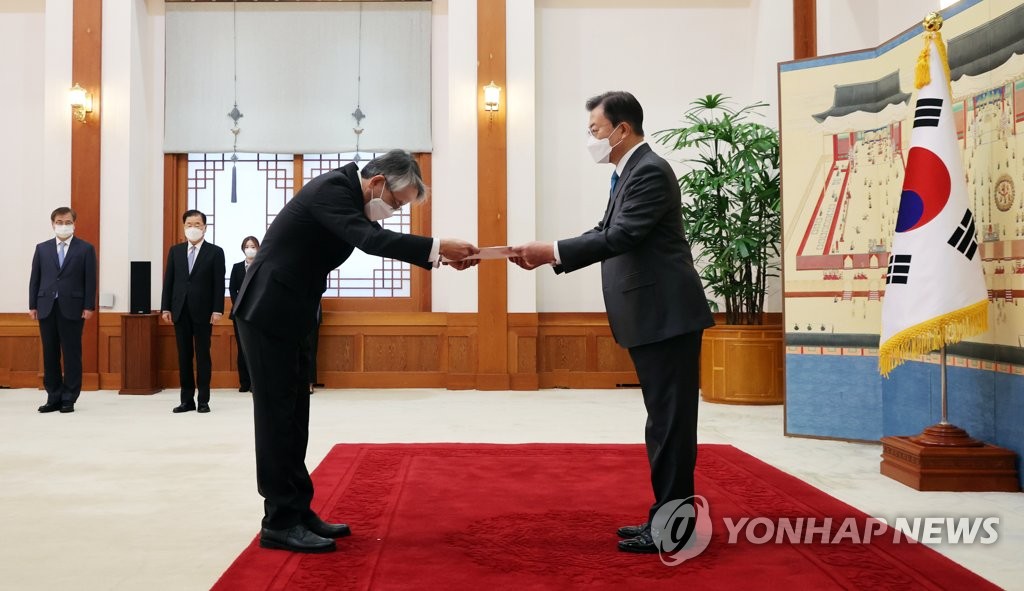 He asked the envoy to convey his message to Tokyo during a conversation following the credentials ceremony at Cheong Wa Dae.

The previous day, the Japanese government announced a plan to release what it calls "treated water" from Fukushima Daiichi Nuclear Power Plant. 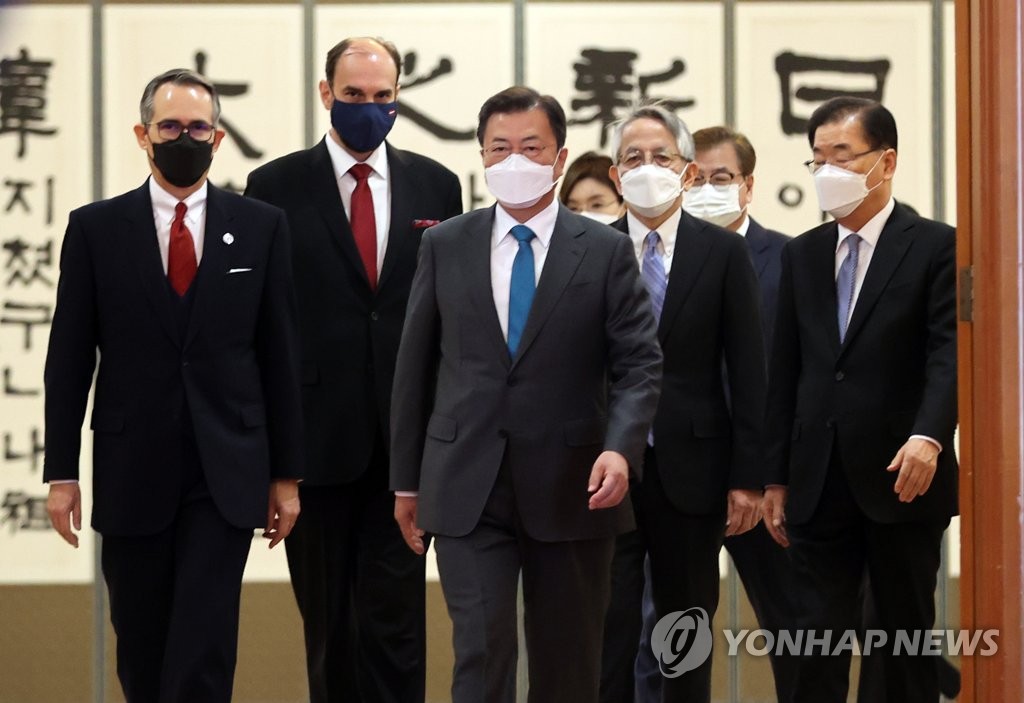 It is unusual for the president to mention such a diplomatically sensitive issue while conversing with a group of foreign ambassadors, Kang pointed out.

A Cheong Wa Dae official later told reporters on background that the office of the secretary for legal affairs has begun a review of various options, which include a formal request for the tribunal to take a provisional measure first, similar to a "court injunction," against Japan's move.

Meanwhile, the Japanese ambassador delivered Emperor Naruhito's personal letter to Moon, in which he expressed hope for an improvement in Seoul-Tokyo ties.

The envoy said he also hopes the two sides will resolve pending issues via dialogue, although their current relationship is "not satisfactory enough," and emphasized the importance of trilateral cooperation involving the United States.

Moon wished Japan the success of the Tokyo Olympics scheduled to open in late July, saying South Korea and Japan are the "closest neighbors and friends" both geographically and culturally as well as very important partners for regional and global peace and stability.

"I think we can overcome a difficult problem, whatever it is, as long as there is a spirit and will to cooperate," Moon was quoted as telling the ambassador.

Seoul's Ambassador to Tokyo Kang Chang-il was slated to present his credentials last week, but it has been postponed due to his sudden injury.