Tokyo announced Tuesday that it plans to start releasing massive amounts of radioactive water, which has been stored in tanks at the wrecked Fukushima nuclear plant, in two years.

South Korea has expressed strong opposition towards Japan's controversial decision and pledged to take necessary measures to protect the safety of its people.

At a meeting in Busan, members of the ruling Democratic Party's interim steering committee reiterated the party's denunciation of Japan's decision.

"We denounce the Japanese government, which reached the decision without transparent information disclosure or a verification process," Rep. Do Jong-hwan, the head of the DP's emergency response committee, said. 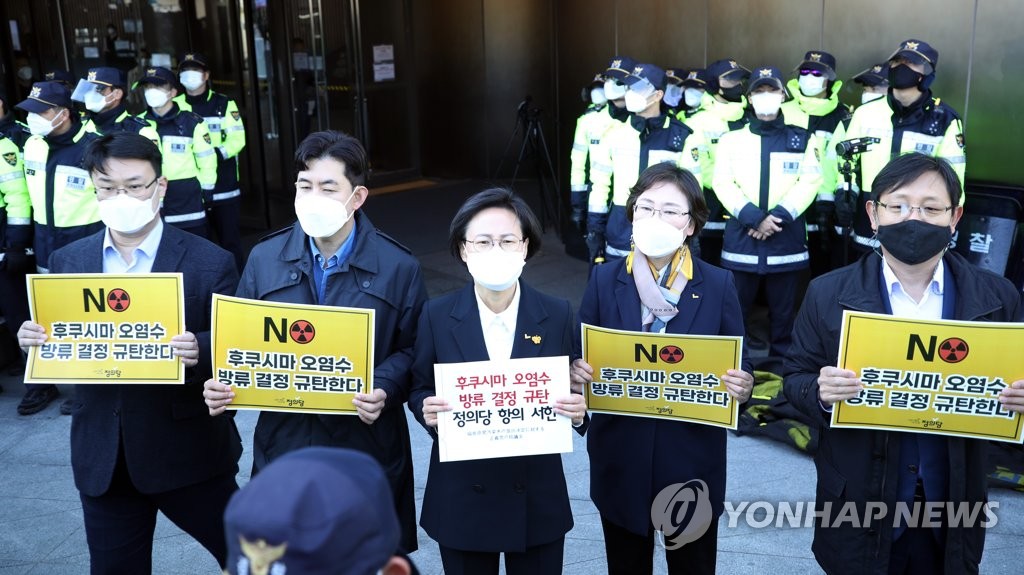 Do said his party and the government will work closely and swiftly with the international community to deal with potential troubles related to the decision.

Rep. Park Jae-ho, a committee member, noted that people who reside around the nation's southeastern coastal region are naturally more concerned by the discharge decision, stressing the need for the city of Busan to be engaged on the issue and to actively come up with response measures.

Some DP members displayed frustration towards the tacit consent by Washington on Tokyo's controversial decision.

The U.S. State Department has stated that Japan "has been transparent about its decision" on the Fukushima water release and that it "appears to have adopted an approach in accordance with globally accepted nuclear safety standards."

"It's very regretful that the government of the U.S., a traditional ally (of South Korea), supported and sided with Japan," Rep. Shin Dong-kun wrote on social media. 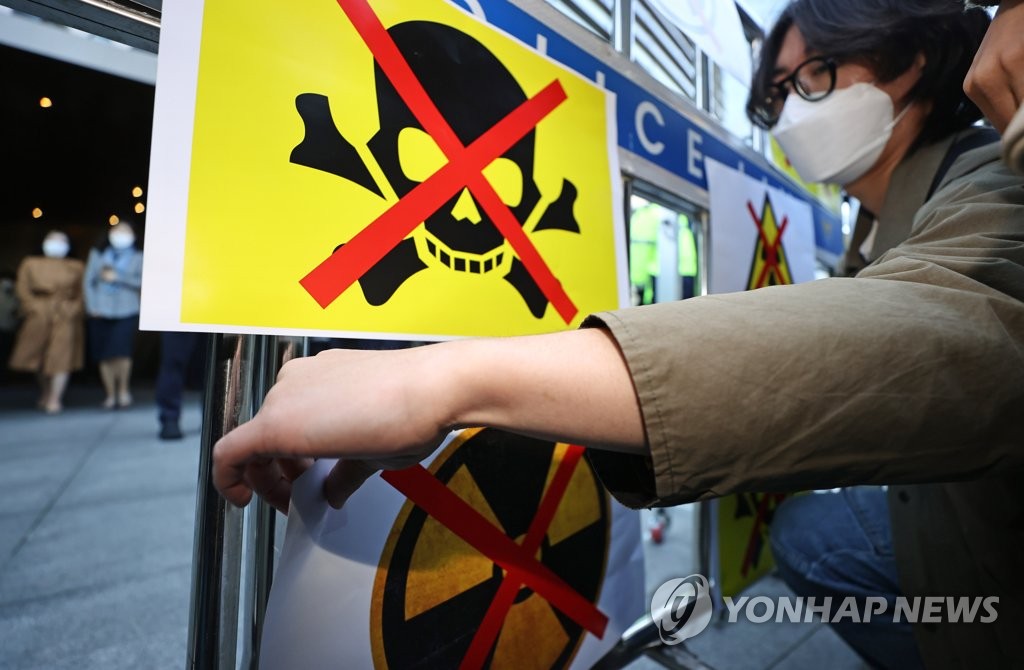 Shin added, "I doubt that the U.S. would have made such a statement of support if either Canada or Mexico decided to release radiation-tainted water from a nuclear power plant."

Joo said the PPP plans to convene related standing committees at the National Assembly to question the government's response and come up with contingency measures.

Members of the minor progressive Justice Party held a press conference blasting the decision in front of the Japanese embassy in Seoul.

"The Japanese government's discharge of radioactive water from the Fukushima plant is flagrantly shocking," Rep. Kang Eun-mi, floor leader of the party, said. The party also forwarded a letter of protest to the Japanese embassy.