Investors' sentiment was also boosted by overnight gains on Wall Street, where the S&P 500 closed at a record high level on the back of gains in tech shares. 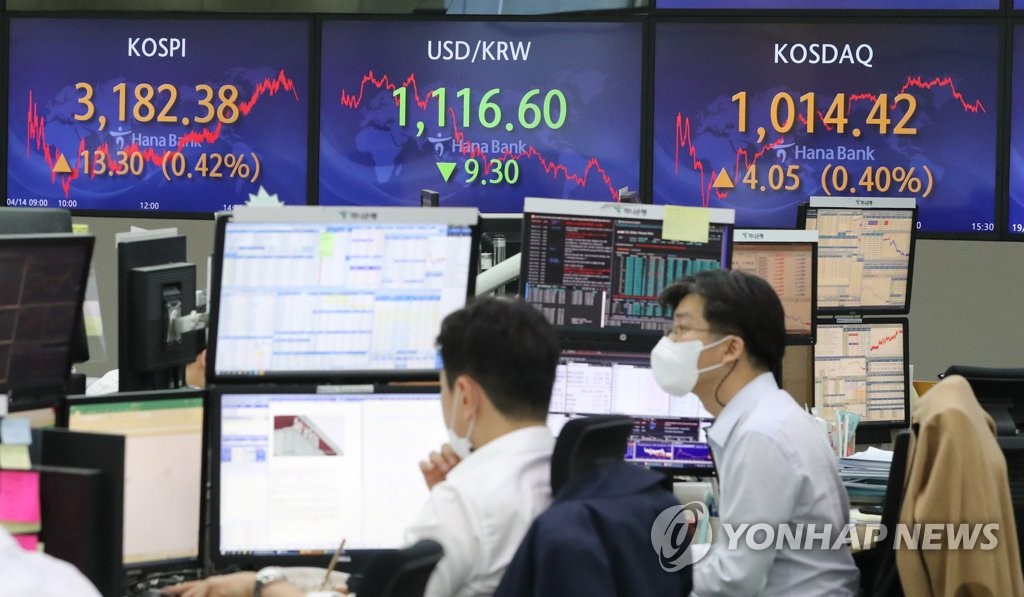 Analysts said the suspended use of the single-dose COVID-19 vaccine by Johnson & Johnson in the U.S. is not likely to have a long-term impact on the market.

"Overnight, the issue had only a limited impact on the U.S. stock market as well. It is not likely that the issue will spread further," said Kim Yoo-mi, an analyst at Kiwoom Securities Co.

Foreigners scooped up a net 104 billion won worth of stocks, while individual investors offloaded 300 billion won. Institutions bought more shares than they sold at 178 billion won.

Top carmaker Hyundai Motor advanced 1.09 percent to 232,500 won after the firm announced its plan to resume the operation of one of its production lines following a weeklong suspension due to a chip parts shortage.

Bond prices, which move inversely to yields, closed higher. The yield on three-year Treasurys fell 3.6 basis points to 1.102 percent, and the return on the benchmark five-year government bond shed 3.8 basis points to 1.524 percent.