SEOUL, April 14 (Yonhap) -- South Korea and China on Wednesday reaffirmed their opposition to Japan's plan to release radioactive water without fully consulting with neighboring countries and agreed to consider measures depending on Tokyo's future responses, the foreign ministry said.

The two countries shared "strong regrets and serious concerns" over the decision in their inaugural working-level dialogue of related government agencies on maritime cooperation, the ministry said.

"The two sides agreed to independently review various measures, including diplomatic and judicial solutions, if Japan's responses in the future are deemed unsatisfactory," it said.

Aside from that issue, much of the maritime dialogue centered on broad discussions on efforts to boost substantive cooperation between Seoul and Beijing in such areas as the maritime economy, environment, execution of related laws and security, the ministry said.

Regarding China's controversial new coast guard law allowing its coast guard to fire on foreign vessels if considered threats, the two sides reaffirmed that trust-building through communication between authorities is important to prevent accidental disputes, as well as mutual respect for legitimate maritime rights and interests of each country, it said. 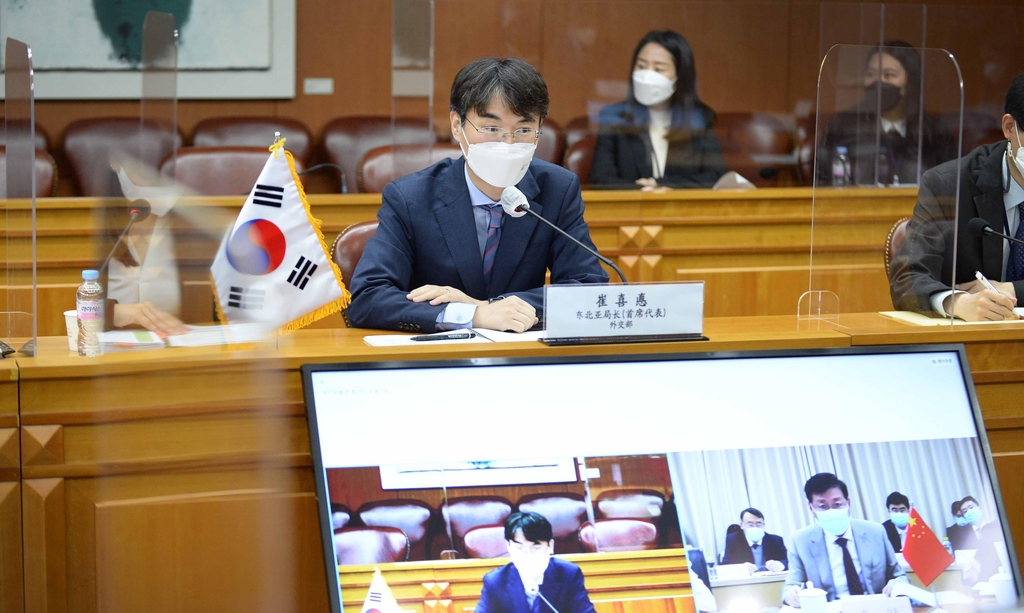