SEOUL, April 14 (Yonhap) -- Prosecutors on Wednesday demanded the death penalty for the adoptive mother in a highly publicized child abuse case that led to the death of a 16-month-old baby girl.

Prosecutors also requested during the trial at the Seoul Southern District Court that the defendant, surnamed Jang, be ordered to wear a tracking device for 30 years and be put under a five-year probation.

For Jang's husband, who was also indicted along with her, the prosecution demanded a 7 1/2-year prison term.

Jang was indicted for abusing their daughter, Jung-in, to death, and prosecutors later added a murder charge. The father was charged with child abuse and negligence.

The toddler was adopted in February last year and died in October of severe abdominal injuries and internal bleeding that were caused by "strong external force." Her adoptive mother insisted the baby sustained the injuries because she accidentally dropped her. 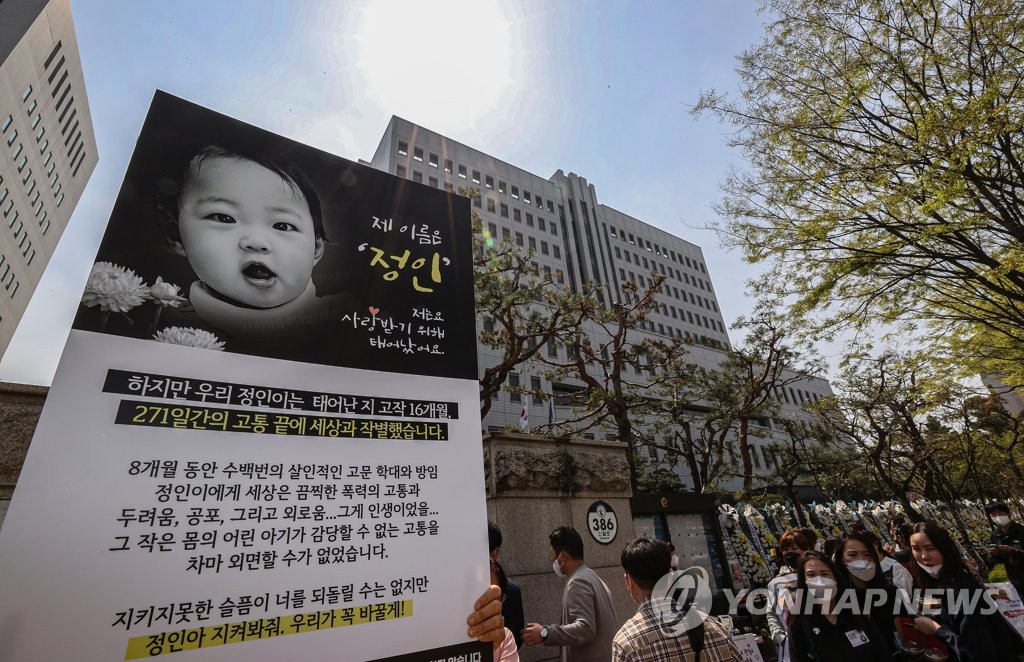