SEOUL, April 15 (Yonhap) -- The popular reality show "Taste of Wife" on cable channel TV Chosun was abruptly put to an end this week after being embroiled in a controversy that some of its episodes were fabricated.

Starting in 2018, "Taste of Wife" has emerged as one of the most popular shows on TV Chosun for showing everyday lives of celebrity couples through cooking and eating in a dramatic and somehow provocative way. 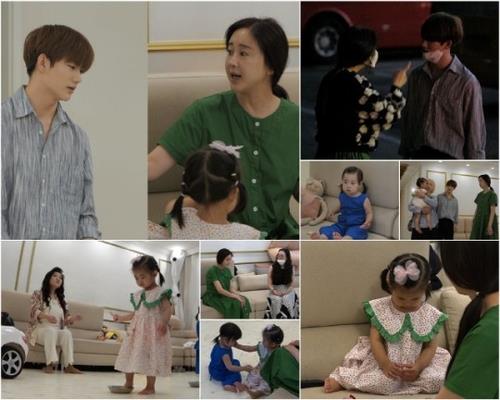 Recently, however, the show has been under fire for fabricating some scenes involving actress Ham So-won and her Chinese husband, Jin Hua, who is 18 years younger than her.

The luxury house of Ham's Chinese mother-in-law was found out to be an Airbnb rental, while Ham faked the voice of her Chinese relatives during a telephone call on the program.

The Ham-Jin couple has gained larger-than-expected popularity over the last three years for their efforts to overcome cultural and generational differences on the show.

The controversy, consequently, has made viewers suspect that the story of the Korean-Chinese couple is concocted. 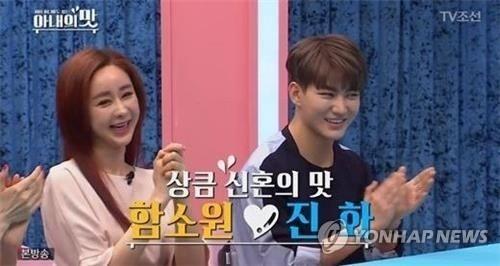 After weeks of silence, Ham admitted last week that she has used fakery for the program and apologized for her misconduct.

Producers of "Taste" also offered an apology for misleading editing and said they will halt the program immediately.

"We belatedly realized that some parts of the episodes featuring Ham were exaggerated," TV Chosun said in a statement. "We will wrap up the current season of 'Taste of Wife' on April 13. We will take this opportunity to make our program more reliable."

But "Taste" is not the only reality TV show that has been involved in fabrication controversy in South Korea.

MBC's past reality variety show "We Got Married," featuring celebrities who pretended to be married couples, and KBS' child-rearing reality program "The Return of Superman" have faced similar criticism that they had premeditated scripts and their participants were coached on behavior and placed in artificial situations.

On top of that, the result-rigging scandal of Mnet's popular audition series "Produce" sent a shockwave through the local entertainment industry and the South Korean public two years ago.

Experts noted that the latest controversy over manipulating scenes in "Taste" has undermined viewers' trust that is integral to reality shows.

Viewers know that the programs are made up by directors and screenwriters to make them look as if they document unscripted real-life situations but believe that the participants' reactions are real.

"Editing and directing are essential in all TV shows, but it's different from participants showing fabricated behaviors from the beginning," culture critic Kim Seong-soo said. "That breaks fundamental faith and trust with viewers and denies the identity of reality shows."