SEOUL, April 15 (Yonhap) -- The Seoul metropolitan government said Thursday it is looking at schools as the first venue to introduce COVID-19 self-test kits following consultations with the central government.

Park Yoo-mi, a disease control official at the city government, told a press briefing that there were many opinions in favor of introducing the kits in schools for a trial run during an advisory meeting with experts on Wednesday. 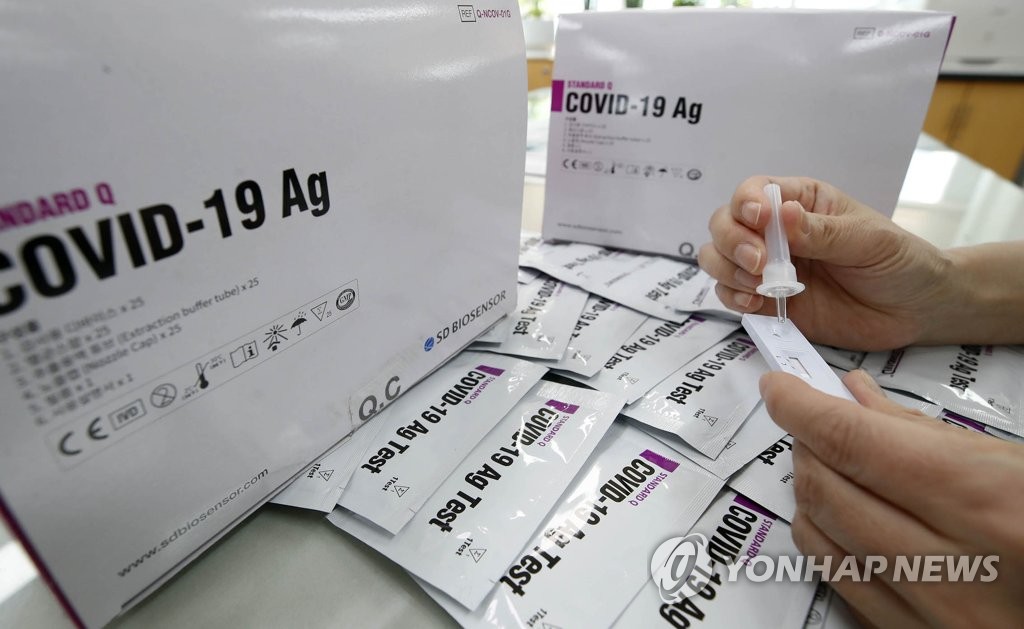 "(The experts) spoke of the need to be careful in introducing self-test kits in a country where the (COVID-19) prevalence rate is low due to their lack of reliability," she said. "However, they also said self-test kits have proven to be highly reliable in detecting symptomatic patients who are infectious."

The city government has been working on drawing up its own social distancing scheme, separate from the central government's, at the directive of new Seoul Mayor Oh Se-hoon.

Oh initially said he would push to introduce self-test kits at karaoke facilities as a way to keep them open past the government-mandated curfew of 10 p.m.

The idea has been met with reluctance from central government officials and health experts who cite concerns about the kits' reliability.

"(The experts said the kits) should be used because they have more advantages, such as being accessible to anyone who wants a test, and enabling the screening of infected people at this time of community spread," Park said. "Many people held positive views about introducing them in schools for a trial run."

The country has recently seen a flare-up in COVID-19 cases, with outbreaks being reported at schools since the start of the spring semester in March.

Park said the proportion of under-20-year-olds was 7 percent in January but over 11 percent by the end of last month, while 11 schools have reported cluster infections since March.

"The city government will draw up detailed guidelines on the introduction of self-test kits and their target groups, based on the opinions of the experts," she said, adding that all decisions will be subject to consultations with the Ministry of Health and Welfare, the Ministry of Food and Drug Safety, and the Korea Disease Control and Prevention Agency.

Park reiterated that self-test kits have been in wide use overseas, including by students in Britain.

But Education Minister Yoo Eun-hae said it is too early to use the self-test kits at schools.

"There has been controversy over the accuracy of the kits, and the measure could cause confusion about the prevention scheme at schools. We should be very careful about the option," Yoo said during a meeting with experts. 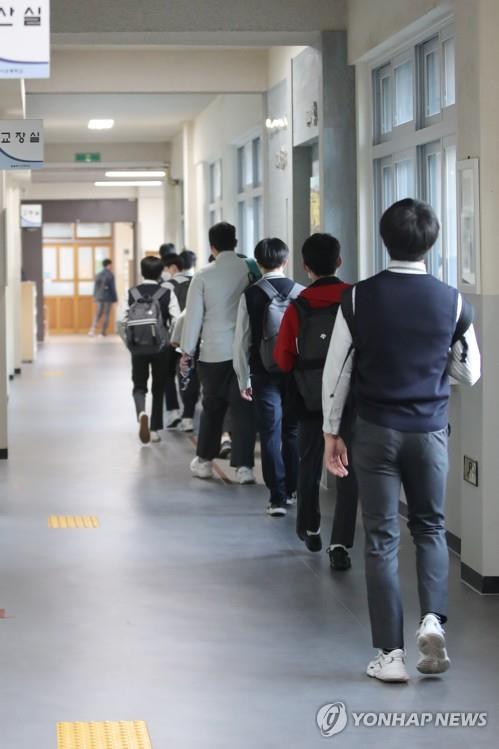