SEOUL, April 15 (Yonhap) -- Cheong Wa Dae was widely expected to announce the resignation of Prime Minister Chung Sye-kyun and the nomination of his replacement this week, according to ruling party and presidential office insiders Thursday.

"Prime Minister Chung has already offered his resignation to President Moon Jae-in. My understanding is that there will be an official announcement Friday," a source familiar with the matter told Yonhap News Agency.

According to the source and others, a new prime minister nominee could be announced together with the news of Chung's resignation that day.

Chung replaced Lee Nak-yon in January of 2020 to serve as the second prime minister under Moon. The former six-term liberal lawmaker, who also served as National Assembly speaker, is widely expected to run in the 2022 presidential election. 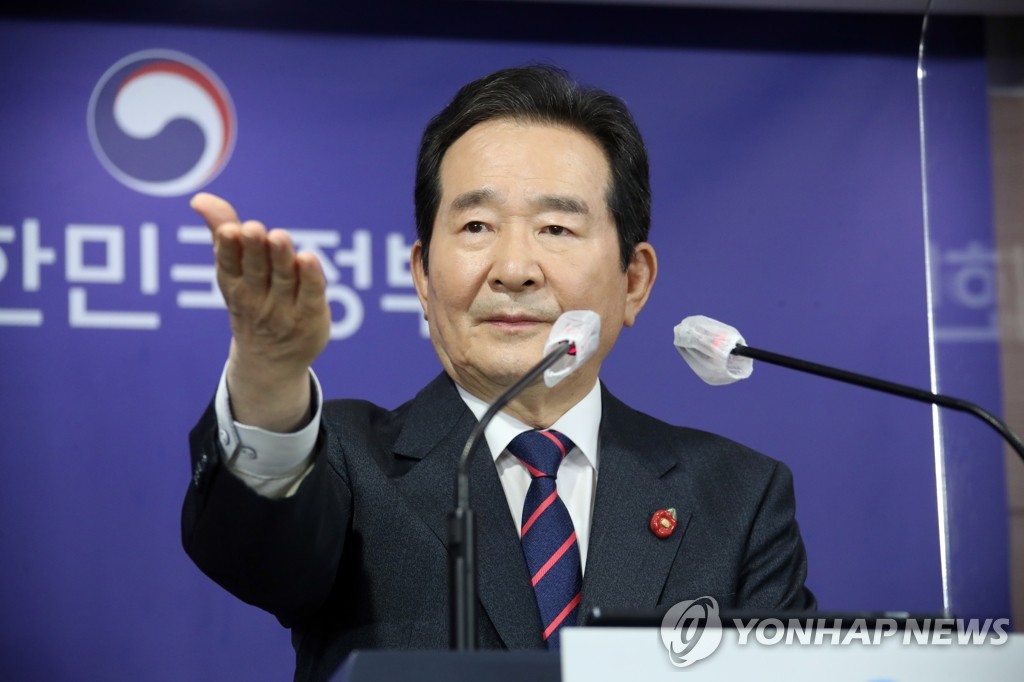 Inside political circles, speculation point towards Kim Boo-kyum, former interior minister and a four-term lawmaker, as the most likely candidate to be tapped by Moon as his third prime minister.

Finance Minister Hong Nam-ki is expected to serve as acting prime minister before the next prime minister is officially installed following a parliamentary confirmation hearing.

Cheong Wa Dae's possible announcement on Friday is also widely expected to include a Cabinet shake-up to name new land, labor, trade, ocean and agriculture minister nominees, according to sources.