He was chairing a rare "expanded meeting" of economy-related ministers at Cheong Wa Dae. It was joined by the chief executives of eight local firms, including Samsung Electronics, SK hynix, Hyundai Motor and INFAC, an automotive system supplier.

The president pointed out at the start of the session that the global economy is now going through a "colossal transformation."

He called for "one team" efforts from the corporate world and the government to ride out the "tough wave of changes and to seize opportunities."

"The move of the global supply chain being reorganized is most distinctive in the semiconductor sector," Moon said.

It represents a "key national strategic industry" to decide the present and future of South Korea's economy, he added. 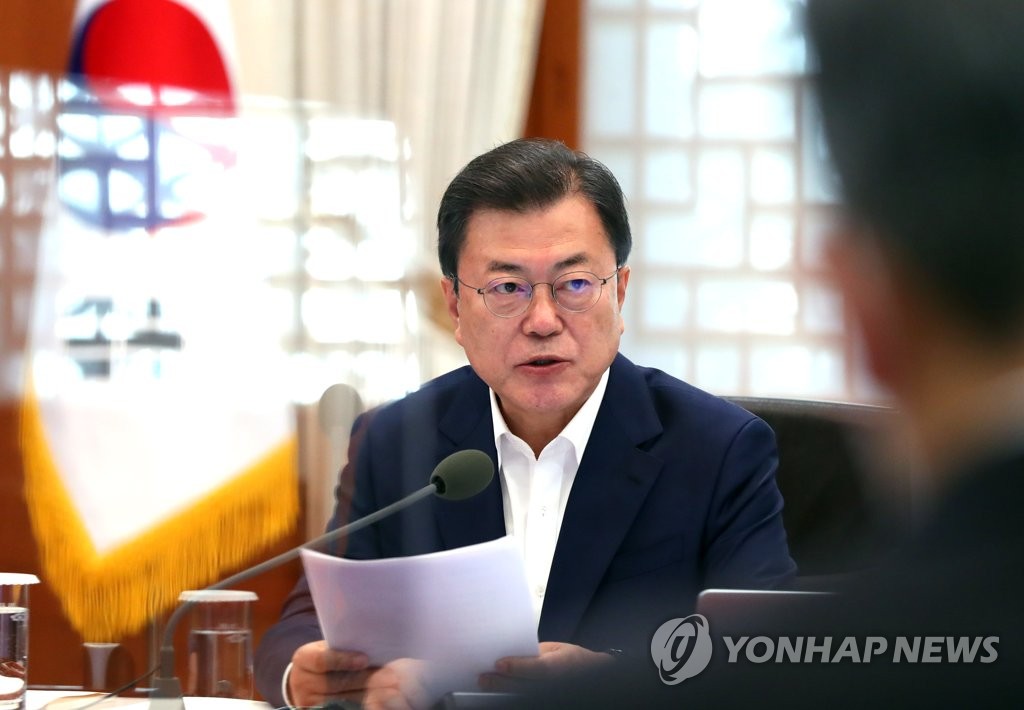 He stressed that South Korea should continue leading the global chip supply network and vowed "strong support" for the local industry.

"The government will explore various measures to help it keep the world's No. 1 ranking and widen the gap (with other countries)," Moon said.

On the automobile business, Moon cited a sharp increase in secondary battery demand due to the expansion of the global electric vehicle market.

He said the government will draw up a comprehensive strategy for South Korea to take initiative in the field.

He also stressed the significance of the shipbuilding and shipping industries for Asia's fourth-biggest economy, with the heads of Samsung Heavy Industries, Korea Shipbuilding & Offshore Engineering, HMM and the Korea Ocean Business Corp., in attendance at the session.

Moon's statement came days after U.S. President Joe Biden declared a plan for aggressive investment in chip infrastructure during a virtual meeting with a group of corporate leaders, including Samsung. 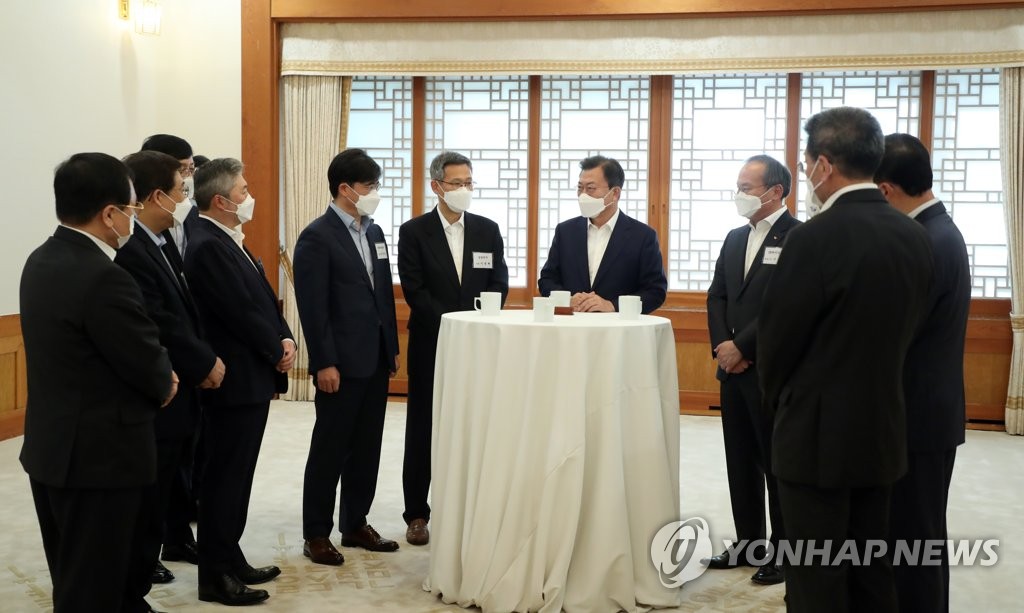