SEOUL, April 15 (Yonhap) -- North Korea on Thursday denounced Japan's decision to release contaminated water from the destroyed Fukushima nuclear plant into the sea, demanding immediate withdrawal of the decision to prevent a "new catastrophe for the humanity."

On Wednesday, Tokyo approved the plan to dump more than 1 million tons of radioactive water from the wrecked nuclear power plant into the Pacific Ocean, sparking strong criticism from its local fishing industry and neighboring countries such as South Korea and China. 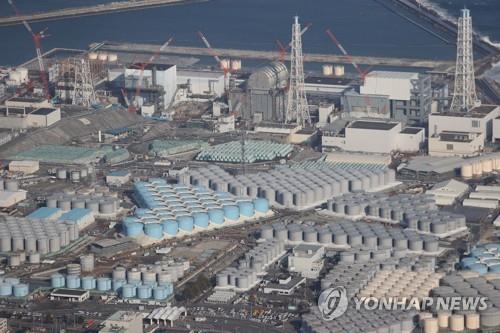 "Japan is to bring a new catastrophe to the humanity which has been suffering from a global malignant infectious disease," the official Korean Central News Agency (KCNA) said in commentary. "It should withdraw the decision immediately."

KCNA noted that the planned release would cause a vast amount of dangerous substances to spread to most parts of the Pacific within a few days.

It constitutes "an unpardonable criminal decision posing grave threat to health and security of mankind and ecological environment," the news outlet said.

On Wednesday, Choson Sinbo, a pro-North Korea newspaper in Japan, denounced the decision, calling it a "crime against humanity."

It also lashed out at the United States, which defended the plan saying it appears to have been made "in accordance with globally accepted nuclear safety standards."

But KCNA did not mention the U.S. in the article.

South Korea has expressed firm opposition to the plan. President Moon Jae-in ordered officials to consider taking the issue to the International Tribunal for the Law of the Sea to suspend or block the decision.

The Seoul government also pledged to proactively take part in efforts by the U.N. nuclear watchdog, the International Atomic Energy Agency (IAEA), to verify the safety of the move.

Reactor buildings at the Fukushima plant were damaged by hydrogen explosions caused by an earthquake and tsunami in 2011. Work to release water is likely to begin in about two years. 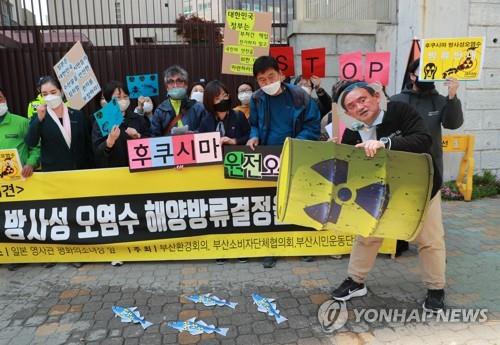