SEOUL, April 16 (Yonhap) -- South Korea's daily new coronavirus cases stayed in the 600s for the second straight day Friday as the country's virus fight is at a critical juncture of bracing for another wave of the pandemic.

Friday's daily caseload was down from 698 on Thursday and 731 on Wednesday, which marked the highest since Jan. 7.

The country added two more deaths, raising the total to 1,790.

As of 6 p.m., health authorities and local governments reported 540 new virus cases, down 20 cases from the same time on Thursday. 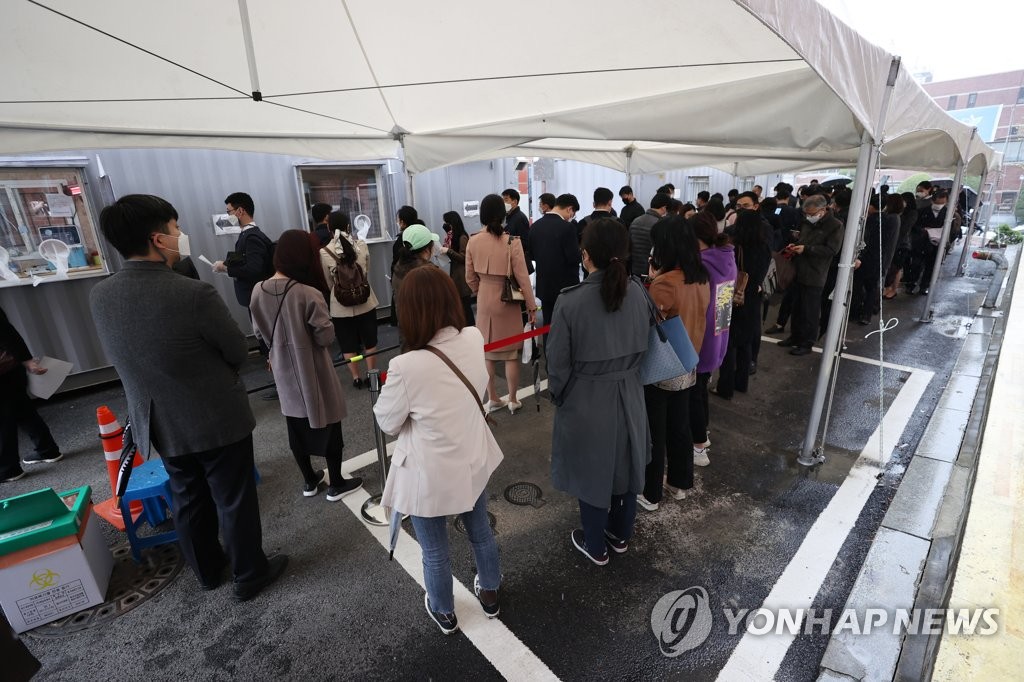 Health authorities cautioned against a hike in group infections in various settings, including sports facilities, churches, karaoke businesses, restaurants, workplaces and schools, as people have increased their activities in the spring.

Concerns have been rising over a further spike in new cases as the proportion of untraceable viruses stood at 28.2 percent over the past week, complicating efforts to contain the spread of the virus.

Officials warned of tougher rules on multiuse facilities and business operations if the current trend continues.

In response to growing calls for tougher virus curbs, the health authorities said they will decide whether to raise the social distancing scheme after taking into consideration the pace of outbreaks and the health care system's capacity.

"There hasn't been a sharp hike in the number of new cases," Yoon Tae-ho, a senior health official, said in a briefing. "(The authority) is looking into (COVID-19) response preparedness and vaccinations at nursing homes and other facilities to refer to them in adjusting the social distancing scheme."

The average daily number of locally transmitted cases stood at 625.7 over the past week, with 66.5 percent of them being reported from the Seoul metropolitan area, home to nearly half of the nation's population.

Health officials said they will tighten monitoring of multi-use facilities and logistics centers, saying they will hold accountable business operators who violate the health protocols. 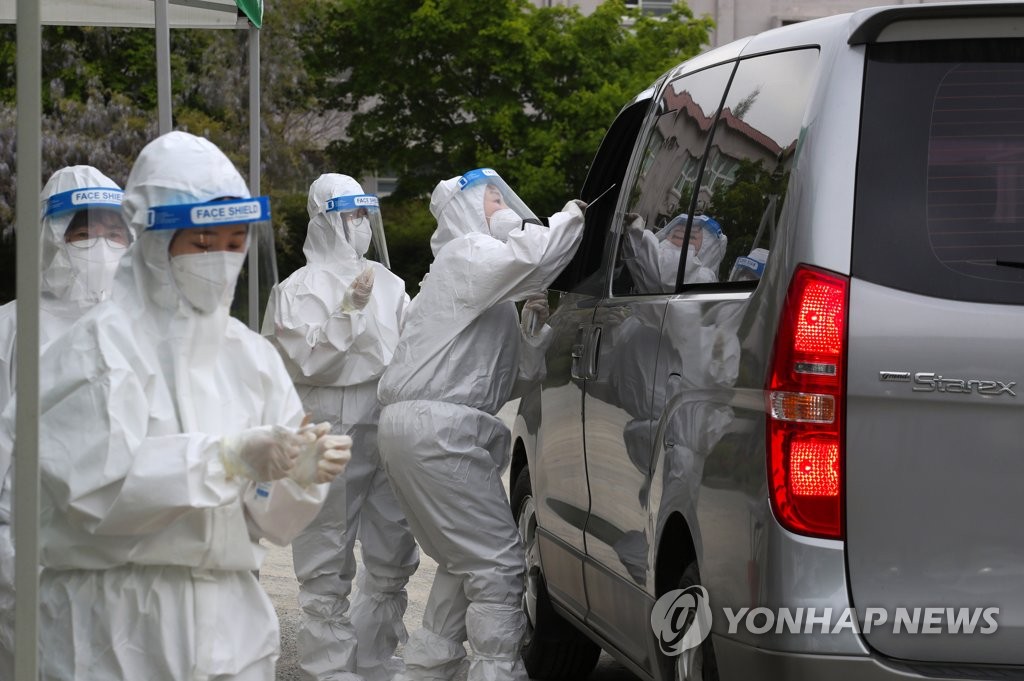 A total of 12,013 cases of side effects after vaccinations have been reported, up 86 from a day earlier, but 98.4 percent were mild symptoms, including muscle pain and fever.

One more death after vaccinations was reported, raising the total to 52, according to the KDCA. Authorities, however, said most cases were not related to the vaccination.

Currently, 175 vaccination centers, which are capable of 105,000 vaccinations a day, are administering inoculation of those aged 75 and over, as well as employees and residents of nursing homes, the KDCA said. 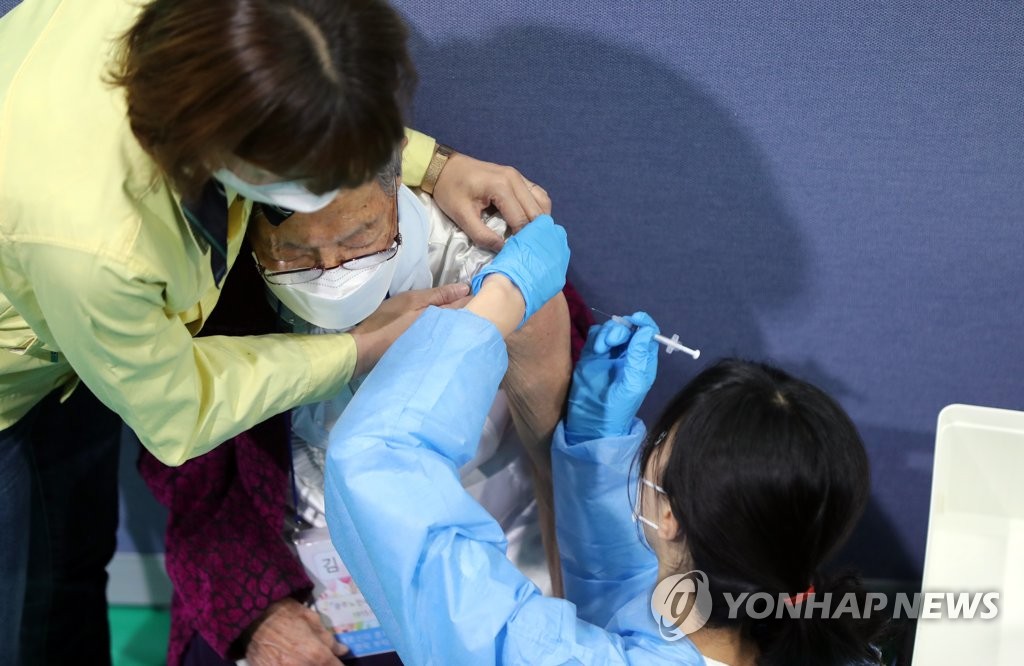 South Korea plans to vaccinate 12 million people by the end of June and achieve herd immunity by November, but concerns are rising over delays in the inoculation drive after the U.S. suspended the use of the Johnson & Johnson vaccine over rare blood clots.

Of the newly confirmed locally transmitted cases, 215 came from Seoul, with Gyeonggi Province that surrounds the capital city accounting for 216.

The southeastern port city of Busan reported 44 new cases. A total of 466 patients have been traced to a bar in the country's second-largest city since the first confirmed case on March 24, up 10 from the previous day.

There were 21 additional imported cases, with 11 from Asian nations other than China and four from Europe.

The number of seriously or critically ill COVID-19 patients was 111, up 12 from the previous day.

The total number of people released from quarantine after making full recoveries was 103,602, up 549 from a day earlier.