WASHINGTON, April 15 (Yonhap) -- U.S. President Joe Biden wants to discuss the deterioration of relations between South Korea and Japan during his talks with Japanese Prime Minister Yoshihide Suga set for this week, a senior Washington official was quoted Thursday as saying.

The first in-person summit between Biden and Suga is scheduled to take place in Washington on Friday, amid tensions between the U.S. allies over wartime history, trade and Tokyo's recent decision to discharge into the ocean contaminated water from the crippled Fukushima nuclear power plant. 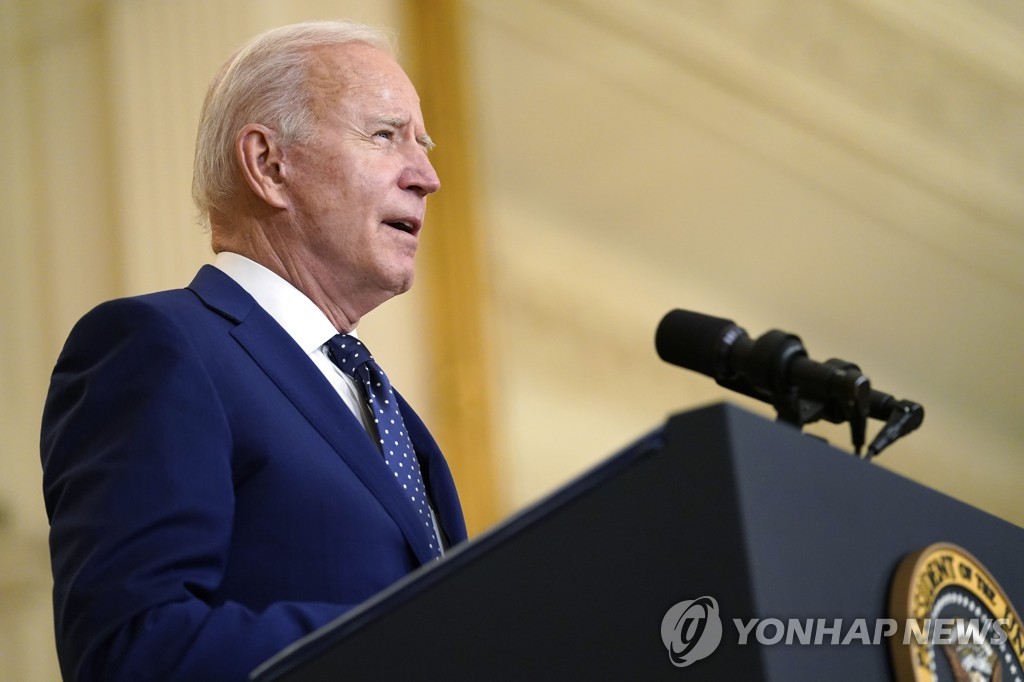 "It is concerning to us, even to the point of being painful, for us to see relations between Japan and South Korea fall to the current level," the U.S. official was quoted by Reuters as saying on condition of anonymity.

"The political tensions are such that we believe it actually impedes all of our abilities to be effective in Northeast Asia, and I think the president will want to discuss this in some detail with Prime Minister Suga," the official added.

The persistent strains in relations between Seoul and Tokyo have been a hurdle to Washington's efforts to strengthen its regional network of democratic alliances to keep an assertive China in check and reduce North Korea's evolving nuclear threats.

Biden is scheduled to hold his first face-to-face talks with South Korean President Moon Jae-in in the second half of next month. Also at their summit, Biden and Moon are expected to discuss the frayed relationship between Seoul and Tokyo.