Moon is set to hold his first in-person summit talks with Biden in Washington D.C. "in the latter half of May," Cheong Wa Dae announced earlier.

"We hope that the May summit will help build a 'large consensus' between the leaders of the two countries on denuclearization and bringing peace on the Korean Peninsula, as well as improving inter-Korean relations," Cha Deok-cheol, deputy spokesperson at South Korea's unification ministry, said during a regular press briefing.

The Biden administration's ongoing review of North Korea policy is in its final stages.

Nuclear talks between Washington and Pyongyang remain stalled after the 2019 summit in Hanoi between their leaders ended without a deal. The two sides were far apart over how far Pyongyang should denuclearize in order for Washington to offer concessions. 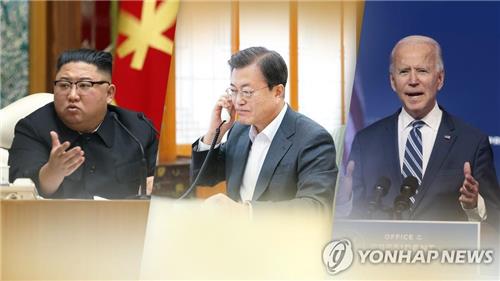