SEOUL, April 16 (Yonhap) -- A renowned female electronic engineer who has made inroads in the country's male-dominated science and engineering field was tapped to lead the Ministry of Science and ICT on Friday.

Lim Hye-sook, a professor of electronic and electrical engineering at Ewha Womans University, currently serves as the chairperson of the National Research Council of Science & Technology, which supports and oversees the country's state-backed science and technology research institutes.

She will be tasked with overseeing the Moon administration's digital New Deal initiative, which aims to boost investment in new technologies, such as 5G and artificial intelligence, for job creation, as well as the country's space program. The country aims to launch its first homegrown rocket into space in October this year. 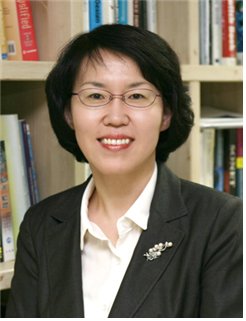 Born in 1963, Lim earned her bachelor's and master's degrees in engineering at Seoul National University and her doctorate from the University of Texas at Austin.

She worked as a researcher at Bell Laboratories and Cisco Systems in the United States before joining Ewha Womans University in 2002.

In 2019, Lim became the first woman to lead the Institute of Electronics and Information Engineers, a professional association for electrical engineers.

She was the first woman and the youngest to take the top job at the National Research Council of Science & Technology in January this year.