SEOUL, April 16 (Yonhap) -- The government held a vice-ministerial interagency meeting on Friday to discuss measures to deal with Japan's plan to release a massive amount of radioactive water into the sea, including a push to take part in international verification, officials said.

The meeting came as Seoul is considering taking concrete action after Tokyo said it will discharge over 1.2 million tons of contaminated water from its crippled Fukushima nuclear power plant into the Pacific Ocean, starting in 2023.

President Moon Jae-in has ordered officials to consider taking the issue to the International Tribunal for the Law of the Sea (ITLOS). On Thursday, a foreign ministry official said the government is intent on taking active part in the International Atomic Energy Agency (IAEA)'s efforts to verify the disposal process.

In Friday's meeting, officials discussed "more effective" ways to respond to the release decision, including those involving the ITLOS and IAEA, the ministry said in a release.

They also assessed the positions of neighboring countries, like China and Russia and the United States, as well as checking the current monitoring system of seafood against radioactive material, the ministry said.

Presiding over the meeting, Koo Yoon-cheol, head of the government policy coordination under the Prime Minister's Office, asked each ministry and agency to fully communicate with the public and local fishery industry about the government's stance and plans, the ministry said. 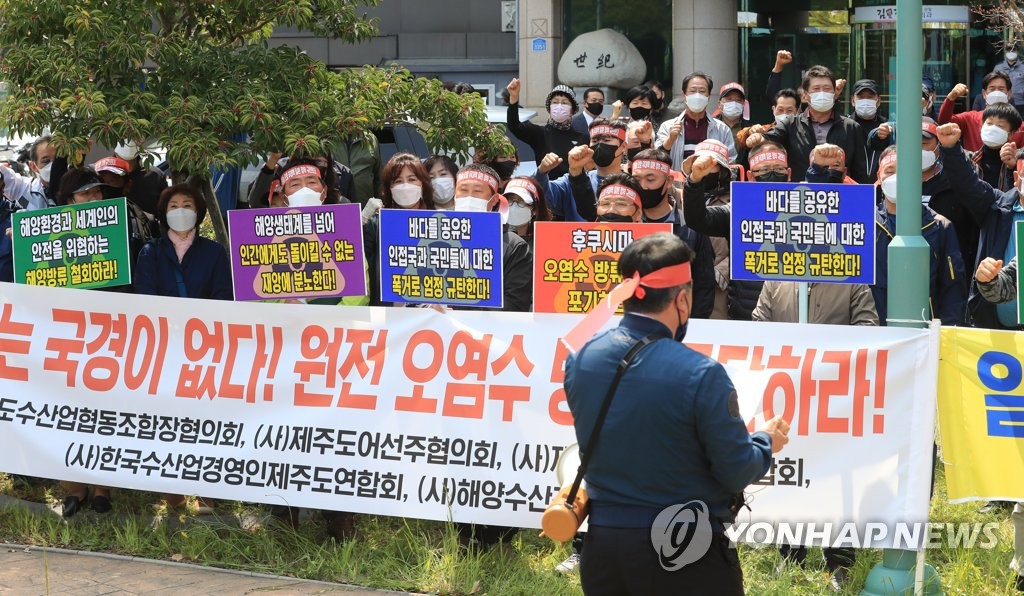