SEOUL, April 16 (Yonhap) -- The nomination of the next commander of U.S. Forces Korea (USFK) has been returned to the White House as it was not handled during the previous Congress, congressional records showed Friday.

But as the new Congress came in, LaCamera's nomination was "returned to the President under the provisions of Senate Rule XXXI, paragraph 6 of the Standing Rules of the Senate" on Jan. 3, according to the U.S. Congress website, monitored by Yonhap News Agency on Friday.

Jan. 3 is when the current Congress began its term.

The rule stipulates that nominations neither confirmed nor rejected during the session at which they are made shall not be acted upon at any succeeding session without being again made to the Senate by the president.

"There appears to have been some delays at the time of the government changes," a military official said.

Abrams, who also is at the helm of the U.N. Command and the South Korea-U.S. Combined Forces Command, took office in November 2018, and the envisioned nomination is part of a routine reshuffle though no official term of office is set for a USFK commander, according to military officials.

LaCamera has been in command of the U.S. Army Pacific (USARPAC) since November last year, which is the land forces component of the U.S. Indo-Pacific Command and encompasses such locations as South Korea, Japan, Hawaii and Guam. 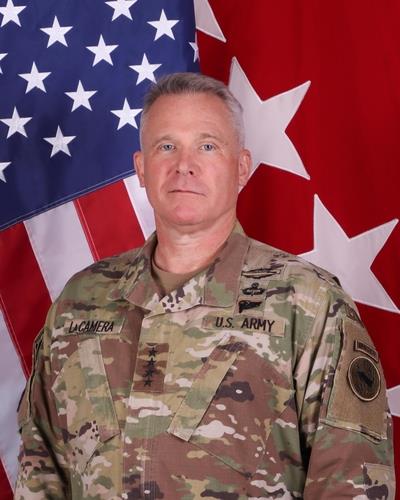