SEOUL, April 18 (Yonhap) -- South Korea said Sunday it will spend 42 billion won (US$37.6 million) by 2025 to develop a response system against illegal drones amid growing security threats from the fast-developing technology.

A consortium of 23 companies and research institutes -- which includes the Korea Atomic Energy Research Institute, the Korea Aerospace Research Institute and aerospace and defense firm LIG Nex1 Co. -- will develop a response system that spots and neutralizes the illegal unmanned aircraft, according to the Ministry of Science and ICT.

The ministry said such drones pose security threats to major public infrastructure and facilities, such as airports and nuclear power plants, given recent advances in technologies, such as artificial intelligence and swarm robotics. 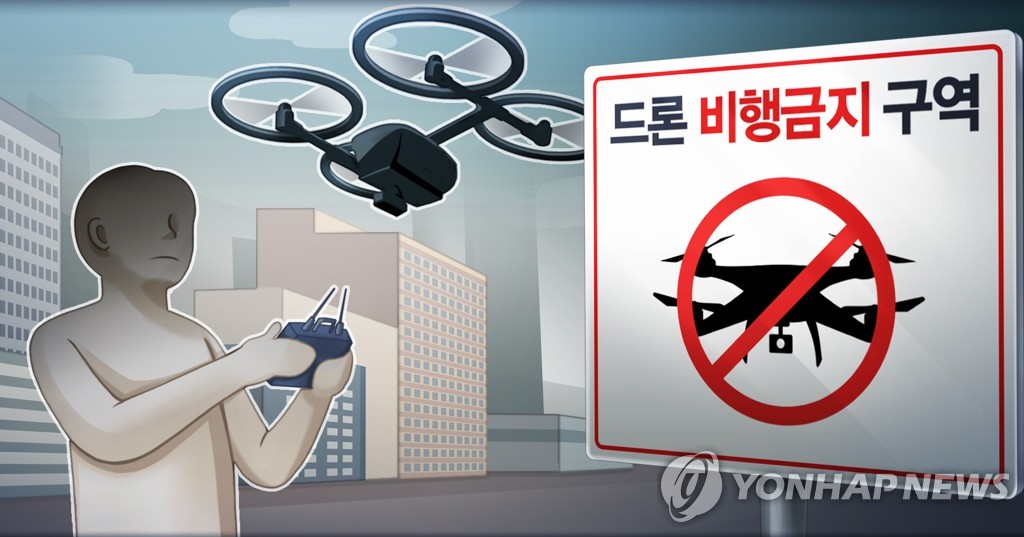 The ministry said current response systems against illegal drones are ground-based technologies and that the consortium will develop an aerial system by developing patrol drones that can detect illegal counterparts and neutralize them by either physical means, such as firing a net, or by hijacking its control system.

The ministry said it will work with the Ministry of Trade, Industry and Energy and the National Police Agency for the project, with 6.6 billion won set aside for this year.

Fears about potential unmanned attacks have lingered for years in South Korea since South Korean military authorities discovered crashed North Korean drones in border areas, including the front-line island of Baengnyeong in 2014.