The meeting came hours after Kerry arrived in Seoul following his four-day stay in Shanghai where he discussed cooperation with Chinese officials on the climate issue ahead of the virtual Leaders Summit on Climate to be hosted by U.S. President Joe Biden next week.

Before the meeting at Chung's official residence, Kerry wrote in a visitors' book, "Thank you very much for Korea's leadership on the climate crisis."

Though Chung and Kerry met in person for the first time in their current capacities, they had phone talks twice last month in a show of close coordination on the global environmental issue.

The agenda for Saturday's talks was expected to include preparations for the successful hosting of the climate summit slated for Thursday and Friday, and collaboration in their countries' respective efforts towards carbon neutrality by 2050.

Seoul has been actively cooperating with Washington in the fight against climate change, a nonpolitical issue that the U.S. regards as a realm for cooperation even with its strategic rival, China. 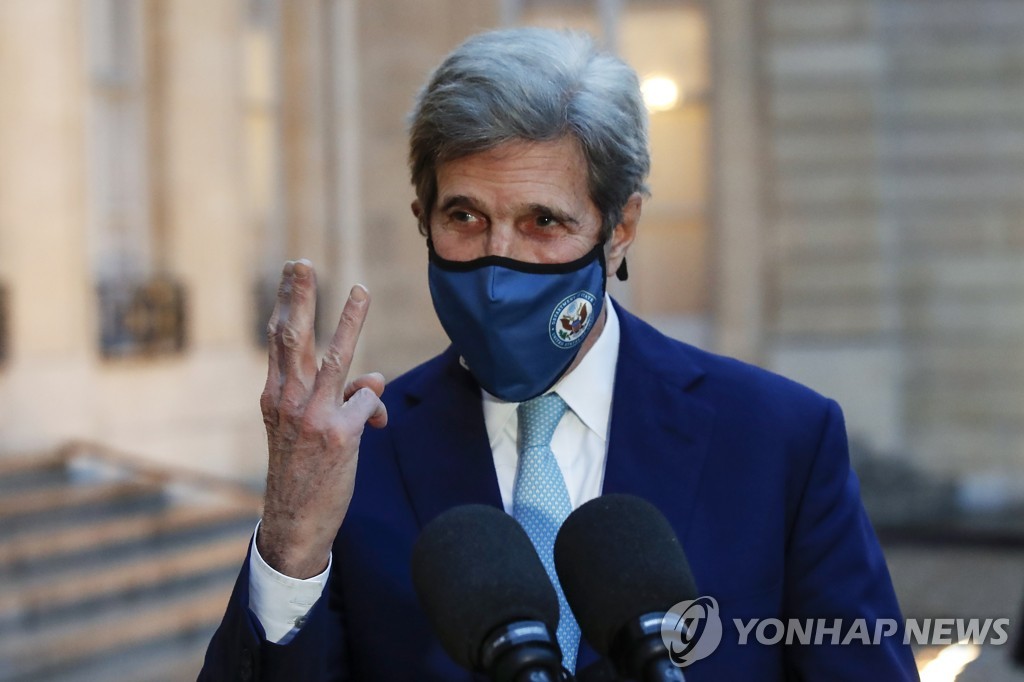