SEOUL, April 18 (Yonhap) -- South Korea's daily new coronavirus cases stayed in the 600s for the fourth consecutive day Sunday as sporadic infections continue to pop up across the nation, complicating antivirus efforts against the fourth wave of the pandemic.

It added three more deaths, raising the total to 1,797.

The average daily number of locally transmitted cases was 621 over the past week, and the proportion of untraceable virus cases stood at 27.7 percent during the period, the KDCA said.

The reproduction rate for stood at 1.14, it said, which means a single COVID-19 patient transmits the disease to more than one person.

As of 9 p.m., health authorities and local governments reported 481 new virus cases across the country, down 142 from the same time on Saturday. The decrease appears to have been largely caused by fewer tests conducted over the weekend. 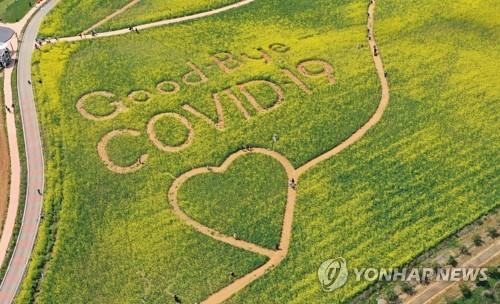 A total of 94 people from India have been confirmed as infected with the coronavirus since January, and nine of them were discovered to be Indian variant, Sohn Young-rae, a senior health official, said in a briefing.

"As there is scarce information on the transmission and fatality rate (of the Indian variant), authorities are monitoring the outbreak," Sohn said. 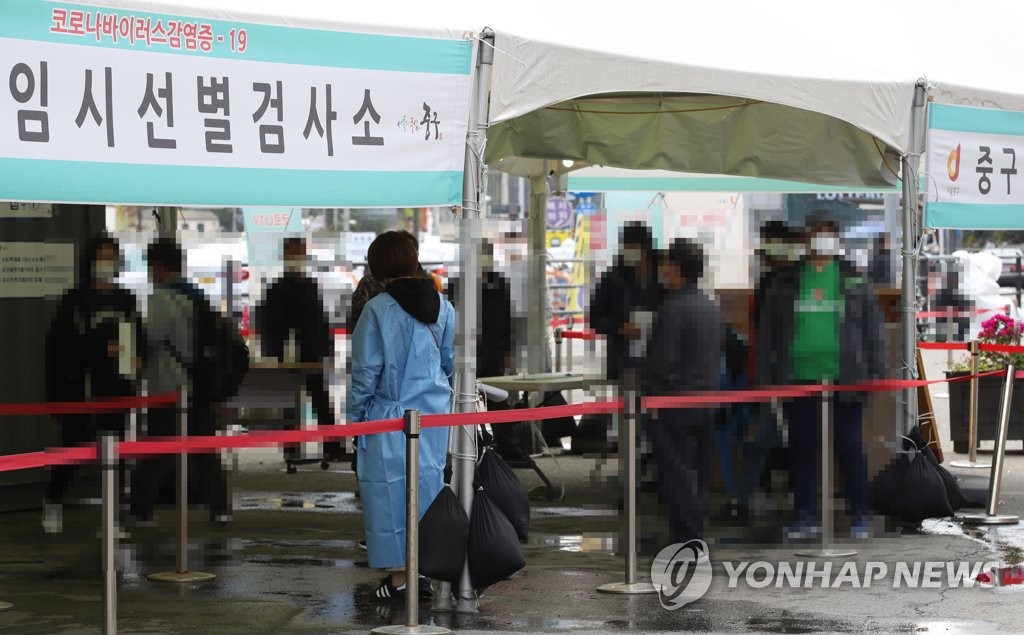 A total of 12,197 cases of side effects after vaccinations have been reported, up 78 from a day earlier, but 98.3 percent were mild symptoms, including muscle pain and fever.

A total of 56 deaths after vaccinations have been reported, according to the KDCA. Authorities, however, said most cases were not related to the vaccinations.

"(The government) aims to vaccinate 3 million people by April and 12 million in the first half of this year," Hong, who serves as an acting prime minister, said in a virus response meeting.

The KDCA earlier said that it has secured enough coronavirus vaccines to inoculate 79 million people, more than its 52 million population, but the supply glitch and safety issues have raised concerns over delay in the vaccine program.

The vaccination coordination team said it will recommend people to receive the second jab of AstraZeneca's vaccine within 11-12 weeks of the first one, shorter than the 8-12 weeks it previously advised, to raise its efficacy and considering the vaccine supply.

The health authority said it will study the potential need to secure additional doses of COVID-19 vaccine as the U.S. government was considering a booster shot to better defend against coronavirus variants.

Top executives of Pfizer and Moderna said last week that people who have received both doses of their vaccines will probably need a booster shot this year. 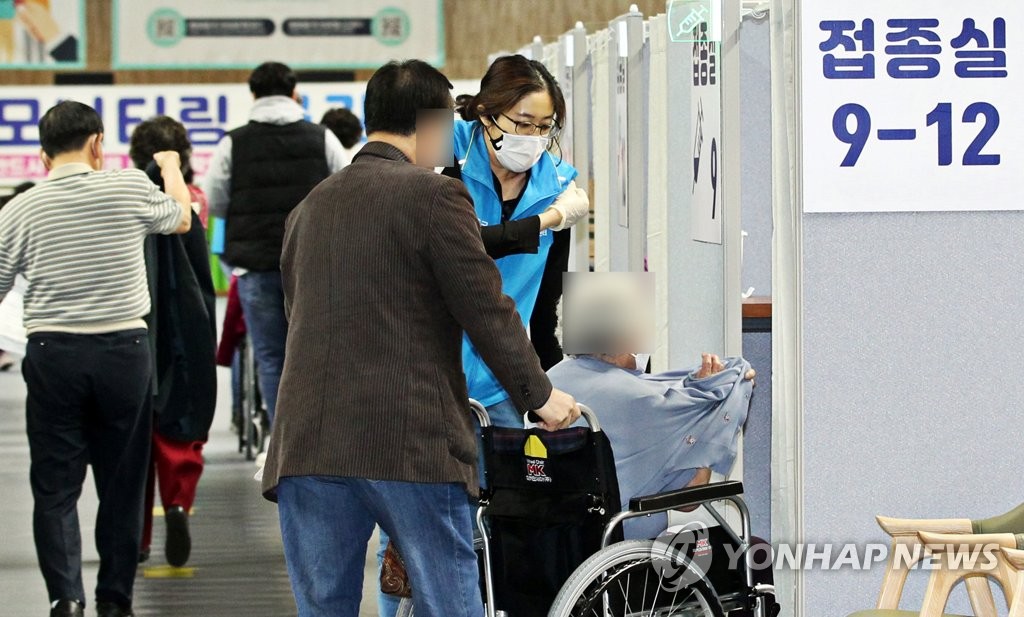 The number of cases traced to an entertainment bar in the southeastern port city of Busan swelled to 480, up four from the previous tally, while a church in Dangjin, South Chungcheong Province, added four new patients for a total of 69.

The number of cases traced to a private meeting in the southeastern city of Jinju grew by eight to 48.

There were 23 additional imported cases, with 15 from Asian nations excluding China and three from the United States.

The number of seriously or critically ill COVID-19 patients was 102, down six from the previous day.

The total number of people released from quarantine after making full recoveries was 104,006, up 412 from a day earlier.