SEOUL, April 18 (Yonhap) -- North Korea's main newspaper on Sunday kept up criticism of Japan over its history of aggression toward the Korean Peninsula, after the Japanese prime minister expressed a willingness to meet with the North's leader to resolve bilateral issues.

The Rodong Sinmun, the organ of the North's ruling Workers' Party, carried an article that criticized Japan for "occupying the Korean Peninsula during the first half of the 20th century and engaging in a barbaric policy to annihilate the people."

The paper stressed how Japan "plundered cultural wealth and natural resources worth astronomical figures" while criticizing Tokyo for "glamorizing and distorting" such problematic history. The Korean Peninsula was under Japan's colonial rule from 1910-45.

The article came after Japanese Prime Minister Yoshihide Suga said following a summit with U.S. President Joe Biden on Friday that he was ready to meet with North Korean leader Kim Jong-un to resolve the issue of Japanese citizens abducted by the North decades ago.

The Rodong Sinmun piece was the latest in the North's ongoing condemnation of Japan despite Suga having repeatedly called for a meeting with Kim. Pyongyang has insisted Tokyo confront and address its problematic past and deal with problems of racial discrimination toward North Koreans in Japan.

Earlier this month, Pyongyang also said its Olympic Committee has decided to skip the Olympic Games, to be held in Tokyo, to protect its athletes from "the global health crisis situation related to the coronavirus." 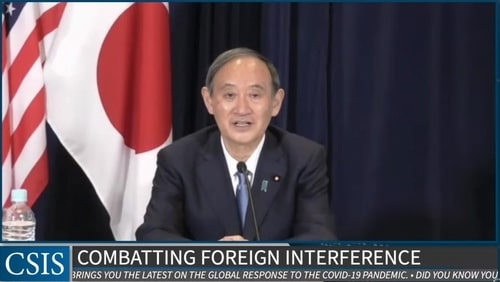