The telecom operator said it partnered with Yongin Severance Hospital to deploy the robot, which uses a real-time location system using a 5G network to roam around the hospital on its own and monitor people's temperatures and whether they are wearing masks.

The robot is also equipped with an ultraviolet disinfection system to remove bacteria and germs around the hospital.

SK Telecom said the robot can also detect the location of missing patients through its real-time location system and analysis of patient density within the hospital.

The robot is based on SK Telecom's existing guide robot brand Keemi. 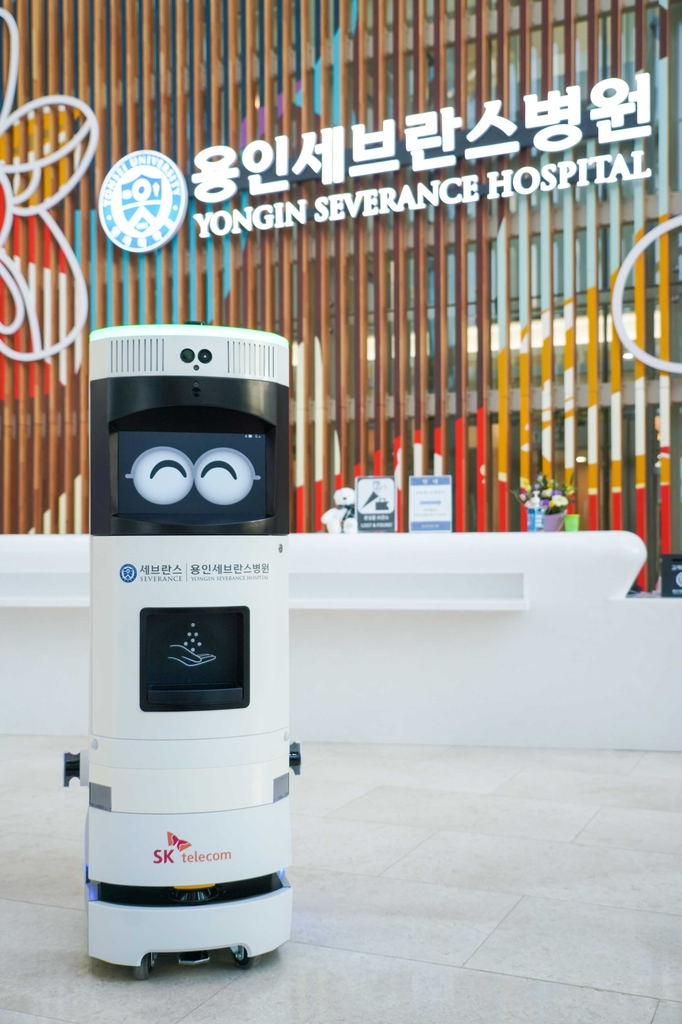