SEOUL, April 19 (Yonhap) -- South Korea's daily new coronavirus cases fell back below 600 for the first time in six days Monday mainly due to fewer tests over the weekend amid concerns over the fourth wave of the pandemic as the country strives to get more people vaccinated.

Monday's figure was sharply down from 672 the previous day.

The daily figure hovered above 600 in the past week as people have increased their activities in spring, which could spark another wave of the pandemic.

The country added four more deaths, raising the death toll to 1,801. The fatality rate was 1.57 percent.

As of 9 p.m., health authorities and local governments reported 477 new virus cases, down four from the same time on Sunday. 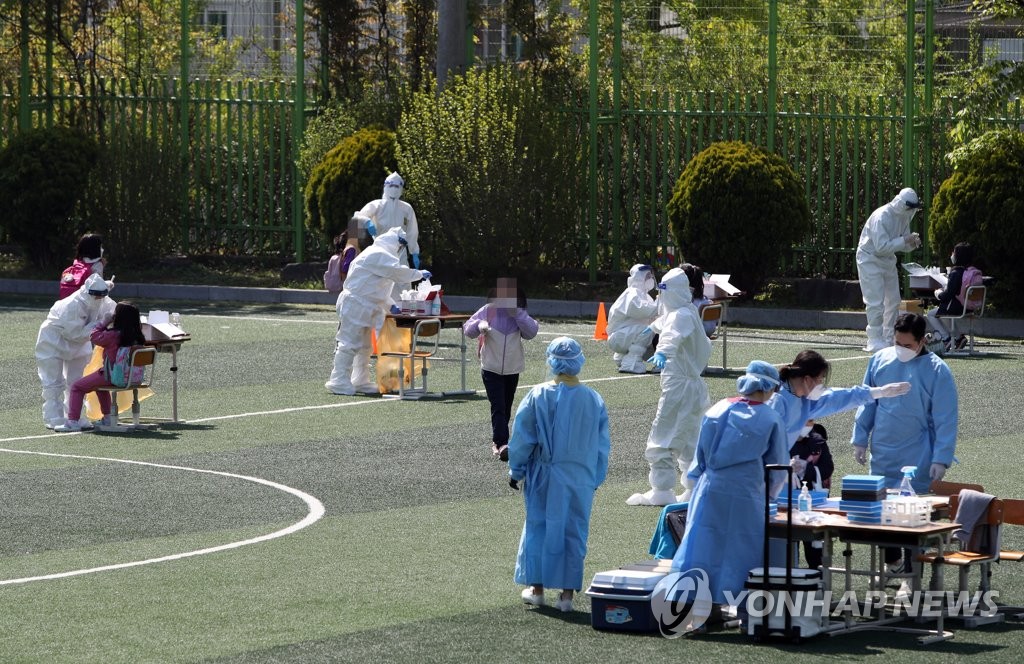 Last week, South Korea decided to maintain the current level of social distancing rules through May 2 to contain the virus, while placing more restrictions on entertainment establishments, such as nightclubs and bars.

From Monday, operations of entertainment establishments are banned in the greater Seoul area and the southeastern port city of Busan.

Starting Monday, the country began administering AstraZeneca vaccines to health care workers for the disabled, seniors and veterans, as well as airline crew members aged 30 or above.

The KDCA said Pfizer and AstraZeneca vaccines showed 100 percent effectiveness in people aged 75 or above here after two weeks following their vaccination. 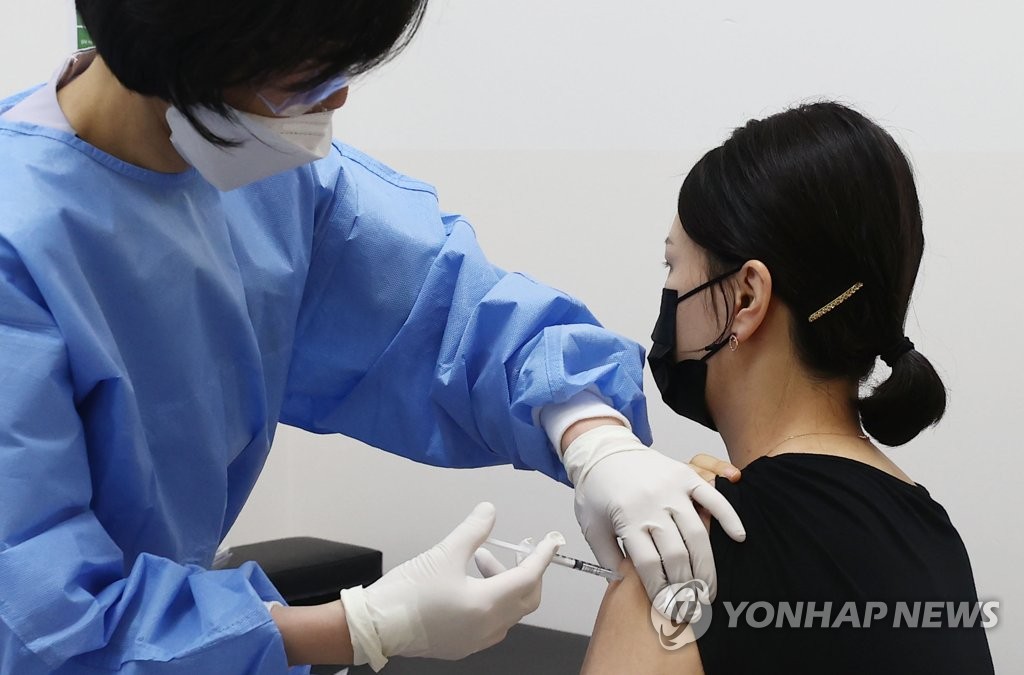 Health authorities are trying to ensure the stable rollout of vaccines, though they may face a hurdle after U.S. and other countries said they are considering giving booster shots to their citizens to better fight COVID-19.

Vaccine suppliers, like Moderna and Pfizer, have said booster shots may be necessary amid the global race to secure enough vaccines.

Concerns have also been growing over India's vaccine export curbs, but health authorities here said they see no problem in securing vaccines.

India is one the world's largest producers of COVID-19 vaccines and is a major supplier for the World Health Organization's COVAX initiative. South Korea previously signed a deal to get vaccines for 10 million people through the COVAX program.

"Competition is getting fierce over vaccine supplies, so we are closely monitoring the international situation," Sohn Young-rae, a senior health official, said. "We have yet to hear from the COVAX side about changes in the vaccine rollout schedule."

South Korea said earlier that it has secured vaccines for 79 million people. The country plans to vaccinate 12 million people by the end of June and achieve herd immunity by November.

KDCA chief Jeong Eun-kyeong said 7 million doses of AstraZeneca vaccines will arrive in the country by June, which will be used to inoculate people aged 65 or older.

A total of 12,229 cases of side effects after vaccinations have been reported, up 38 from a day earlier, but 98.4 percent were mild symptoms, including muscle pain and fever.

A total of 46 deaths after vaccinations have been confirmed, according to the KDCA, up two from the previous day. Authorities, however, said the exact causes of the deaths remain unknown. 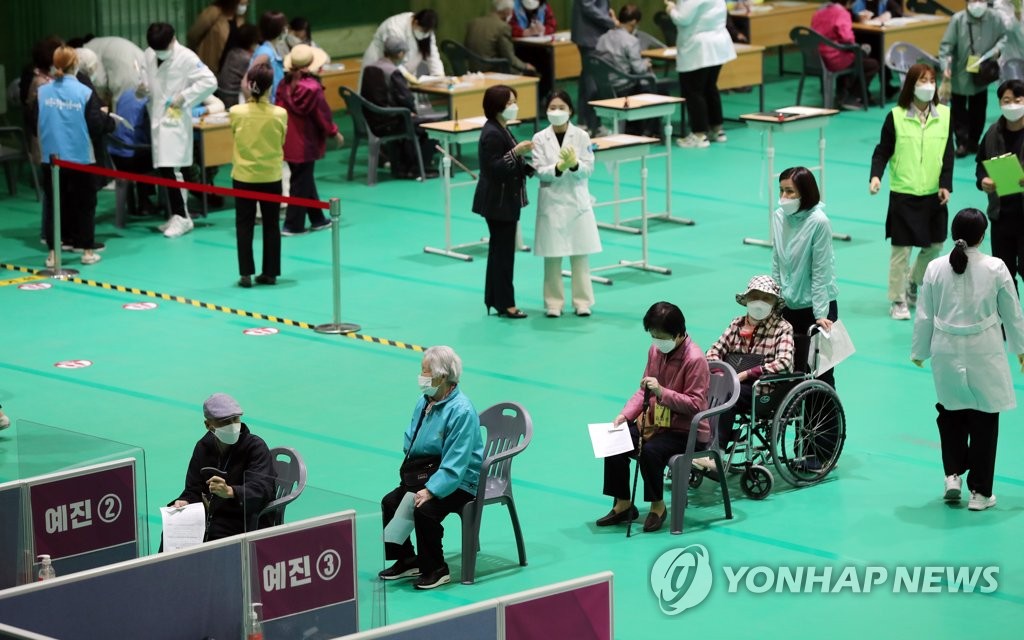 Of the newly confirmed locally transmitted cases, 288 cases came from the capital area, with 136 from Seoul, 142 from Gyeonggi Province and 10 from Incheon, 40 kilometers west of the capital.

Among virus clusters, a karaoke room in Seongnam, south of Seoul, added two more cases, raising its total to 73.

The number of cases traced to an entertainment bar in Busan increased by seven to reach 487, while cases linked to a church in Dangjin, South Chungcheong Province, rose by six to 75.

There were 20 additional imported cases, down three from a day earlier. The country's total number of imported cases is now at 8,002.

The total number cases of the three major COVID-19 variants confirmed here since October last year came to 449, up 70 from the previous tally.

The number of seriously or critically ill COVID-19 patients was 99, down three from the previous day.

The total number of people released from quarantine after making full recoveries was 104,474, up 468 from a day earlier, with 8,371 people being isolated for COVID-19 treatment, up 60 from a day ago.