"Before everything else, I will try to find measures to give the public, fatigued by COVID-19, means of support, and prepare to deliver answers (at the confirmation hearing)," Kim told reporters as he arrived at his temporary office in central Seoul.

Kim explained that he will consult with related agencies and experts to deliver a "new government stance" in terms of providing substantial help to those under economic hardship from COVID-19.

The former four-term lawmaker and interior minister was nominated on Friday by President Moon Jae-in as South Korea's new prime minister in a Cabinet reshuffle. 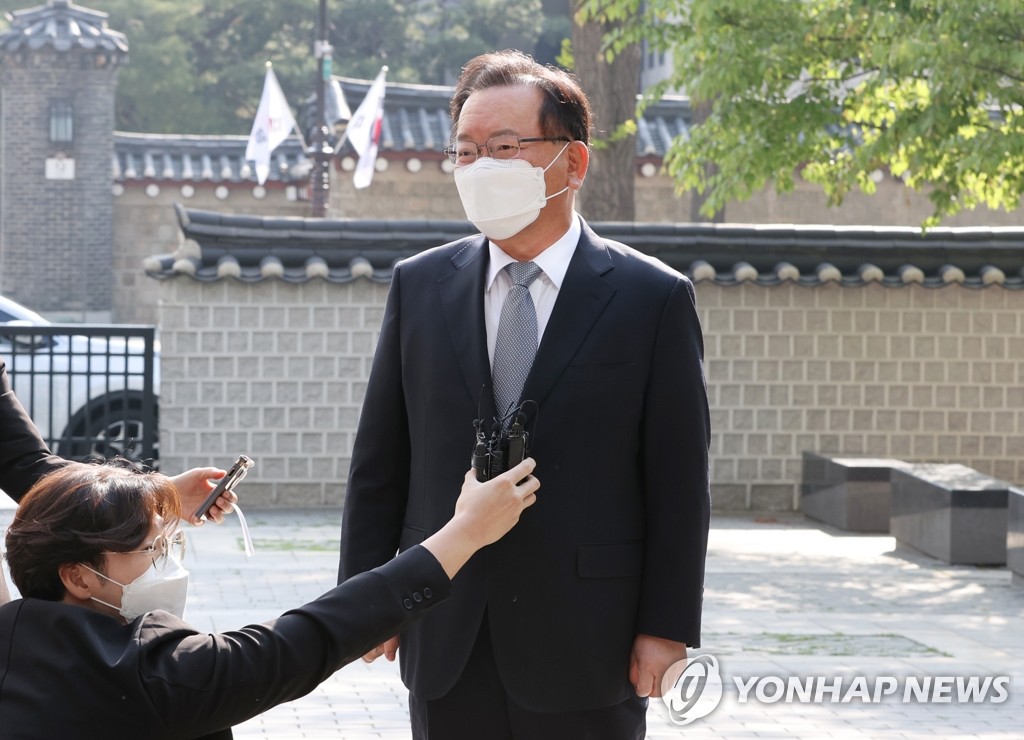 If appointed after the National Assembly's confirmation hearing, Kim will replace Chung Sye-kyun. Chung offered to resign following a 15-month stint. He is widely expected to join the 2022 presidential race.

The move was intended apparently to add fresh momentum to Moon's leadership that was further dampened by the ruling Democratic Party's rout in the April 7 Seoul and Busan mayoral by-elections.

Recognized for his lifelong dedication to the fight against deeply entrenched regionalist politics in South Korea, Kim's past career is highlighted by a landmark parliamentary win in the highly politically conservative city of Daegu in 2016, which marked the first campaign win by a major liberal candidate there in 45 years.