Moon is joining the virtual Leaders Summit on Climate, slated for Thursday and Friday, along with dozens of other heads of state, according to Cheong Wa Dae spokesperson Park Kyung-mee.

Delivering a speech at a session to be held for two hours from 9 p.m. on Thursday (Seoul time), Moon plans to explain Seoul's commitment to strengthening its "climate action" and request global support for the second P4G summit on green growth and sustainable development, which is slated to take place in Seoul in May, Park added. 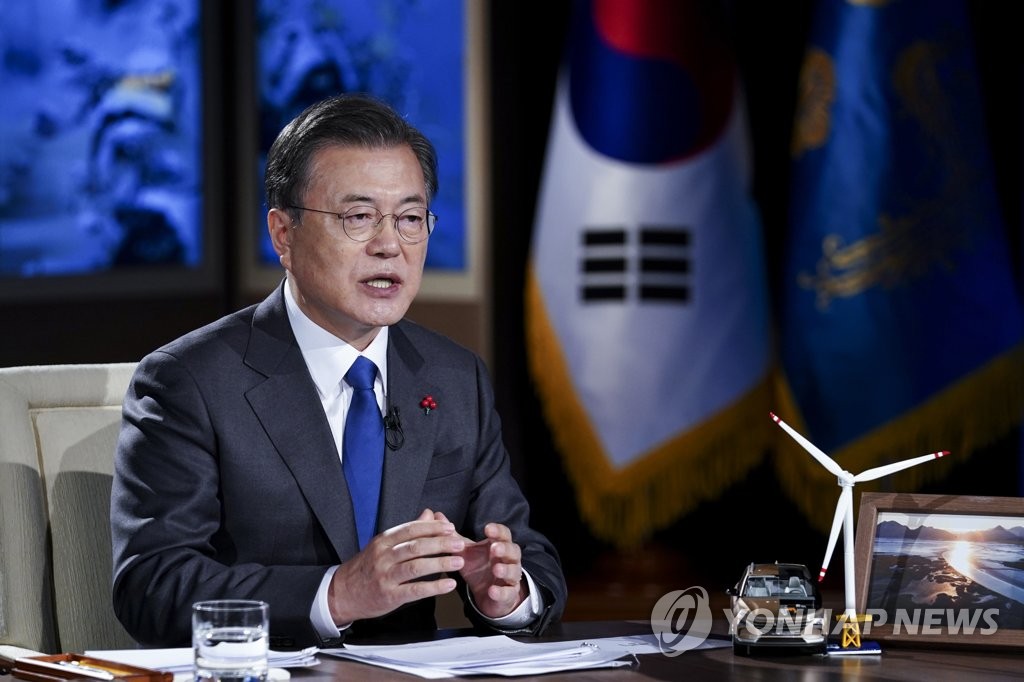 Moon's participation in this week's climate summit is expected to serve as a chance for South Korea and the U.S. to cement partnerships on the climate issue and solidify Seoul's position as a "leading" nation in the international campaign to tackle the problem.

Biden has convened the summit in a bid to stimulate efforts by the world's major economies to reduce emissions, the White House said earlier.