SEOUL, April 19 (Yonhap) -- South Korea said Monday it plans to crack down on any illegality involving cryptocurrencies, such as money laundering, until June amid skyrocketing prices of virtual money.

The interagency crackdown comes as the latest frenzied buying of bitcoin and other cryptocurrencies raises concerns about speculative investments and potential illegal activities, according to the Office for Government Policy Coordination.

"There is a need to pay special attention to the occurrence of illegal activities using virtual assets," Koo Yun-cheol, head of the office, said at a vice-ministerial meeting on cryptocurrencies.

The Financial Services Commission (FSC), the financial regulator, will require local financial institutions to strengthen their monitoring on withdrawals of virtual money. If any signs of suspected money laundering are detected, they should report them to the state-run Financial Intelligence Unit (FIU), an agency tracking unlawful flows of funds. 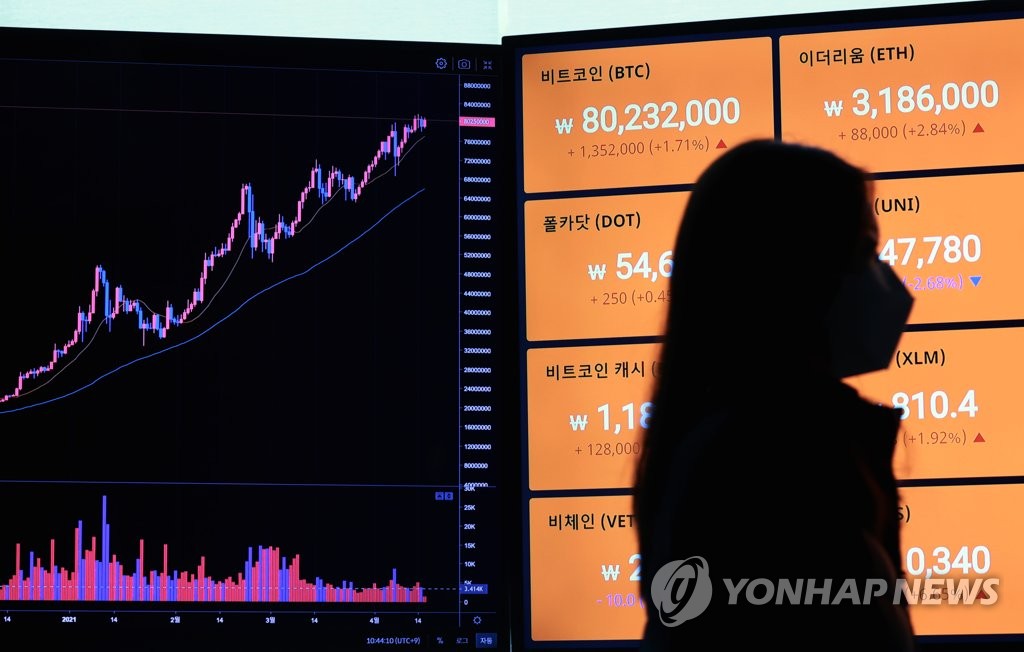 The finance ministry and the Financial Supervisory Service, the financial watchdog, also plan to keep close tabs on illegal transfers of virtual assets abroad. The state tax agency will zero in on alleged tax dodgers stashing away assets in cryptocurrencies.

Investors have been heavily buying virtual currency as they see it as a lucrative asset amid the new coronavirus outbreak, while the stock market remains dull.

Bitcoin topped 80 million won (US$72,000) per unit in South Korea for the first time in mid-April. The virtual currency is currently trading at some 75 million won, according to local cryptocurrency exchange Bithumb.

Daily transactions of cryptocurrencies on 14 local exchanges were valued at $21.6 billion, according to the virtual asset info website CoinMarketCap.

This was heavier than the average daily turnover of 19.1 trillion won in March of Korean stocks by retail investors on the main and secondary stock markets.