The quake occurred at around 2:20 p.m. in waters 54 kilometers northwest of Heuksan Island, part of the southwestern South Jeolla Province, 15 kilometers under water, according to the Korea Meteorological Administration (KMA).

The epicenter was at 35.07 degrees north latitude and 125.08 degrees east longitude.

Monday's earthquake was the strongest to hit South Korea this year and the 13th one recorded in 2021, according to the KMA

The quake's tremor was recorded at level 2 on the seismic intensity scale, which means that it could only be felt by those high up in buildings or in silent environments.

Fire authorities said they have received reports and inquiries on the tremors from the nearby Shinan and Haenam areas, but they expect no damage from the quake. 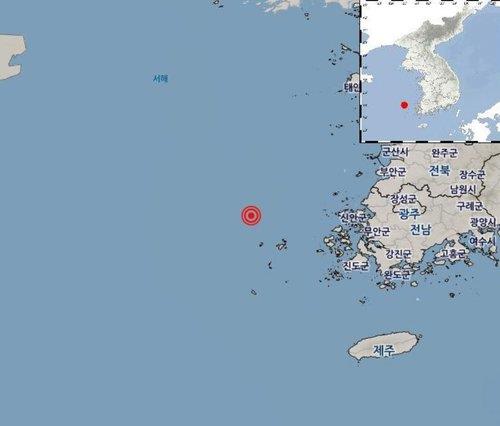