SEOUL, April 20 (Yonhap) -- A group of South Korean nuclear researchers on Tuesday called on Japan to withdraw its decision to release contaminated water from its crippled Fukushima nuclear power plant into the sea, urging for more information over the plan.

South Korea has expressed concerns over Japan's announcement last week to release about 1.3 million tons of radioactive water into the Pacific Ocean from the plant, citing potential health risks.

A group of experts at the Korea Atomic Energy Research Institute said Japan has not provided specific information on the plan to the international society, expressing worries about the move's potential impact on neighboring South Korea.

"The Japanese government should withdraw its plan to release water into the sea," the researchers said in a statement.

"In order to scientifically predict the timing and extent of the impact the water release will have on South Korea, there's an urgent need to acquire data on the contaminated water verified by the international community," they said.

The science ministry said it will swiftly analyze the impact the release of the water will have on South Korea once Japan establishes a detailed plan.

Japan has said it will cooperate with the United Nations nuclear watchdog, the International Atomic Energy Agency (IAEA), for its release of radioactive water from the Fukushima plant, and suggested that South Korea can take part in the IAEA monitoring team.

On Monday, South Korea's foreign minister said that the country has little reason to object to Japan's plan if it follows related IAEA standards. 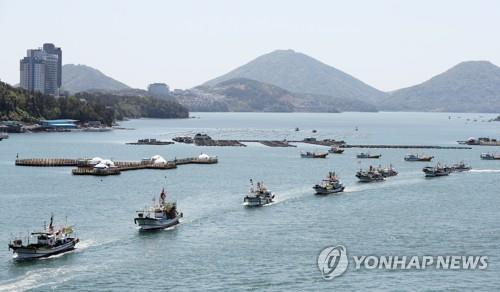