SEOUL, April 20 (Yonhap) -- After years of being mired in losses, South Korean auto giant Hyundai Motor Group is mapping out its new China strategy to regain its past glory in the world's largest auto market with a raft of electric vehicles and luxury models.

While the country's largest automaking group has basked in stellar revenue in the United States and other major markets despite the pandemic, China has been its Achilles heel for years.

After a year overshadowed by the coronavirus pandemic, global automakers rushed to the Shanghai Auto Show that kicked off Monday to unveil their latest vehicles and future car technology, and Hyundai Motor Group was more desperate than ever to rebuild its brand image and reverse snowballing losses in China.

The world's fifth-largest automaker by sales has suffered deficits in China since 2017 in the wake of a missile defense row between Seoul and Beijing and tougher competition with German and Japanese carmakers in the high-end segment and fast-rising Chinese rivals in the low-end market.

Last year, the Chinese subsidiaries of Hyundai Motor Co. and its sister company Kia Corp. posted nearly 2 trillion won (US$1.8 billion) in operating losses amid the pandemic, the worst since the automotive group entered the Chinese market in 2002, their financial statements showed. 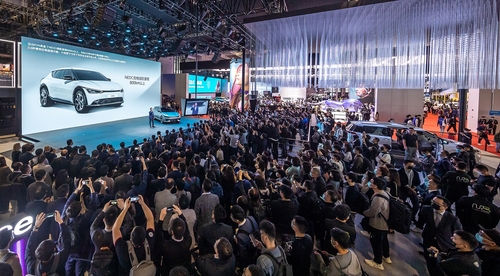 Market watchers say Hyundai failed to properly position its brand and catch up with changing consumer tastes with a lack of SUV models, only witnessing shrinking sales of low-end sedans that are more expensive than Chinese brands.

"Hyundai Motor has suffered in the Chinese market as it failed to supply vehicles catered to Chinese consumers and SUVs despite its growing popularity," Kim Pil-soo, a professor of automotive studies at Daelim University College, said. "Hyundai Motor is recognized as a mass brand in China, but its vehicles are priced higher than those by price-competitive Chinese brands, which made them less attractive to local consumers."

After years of weak sales, Hyundai has reorganized its Chinese operations since 2019 and suspended plants and production of compact models to enhance profitability.

The shrinking sales in China were in contrast to the automotive group's solid performance in the United States and Europe with its premium marque Genesis launched in 2015 and competitive SUV models.

This year, the Korean duo vowed to take steps to shift their focus from affordable models tailored to the Chinese market to new, luxury models and zero-emission vehicles. 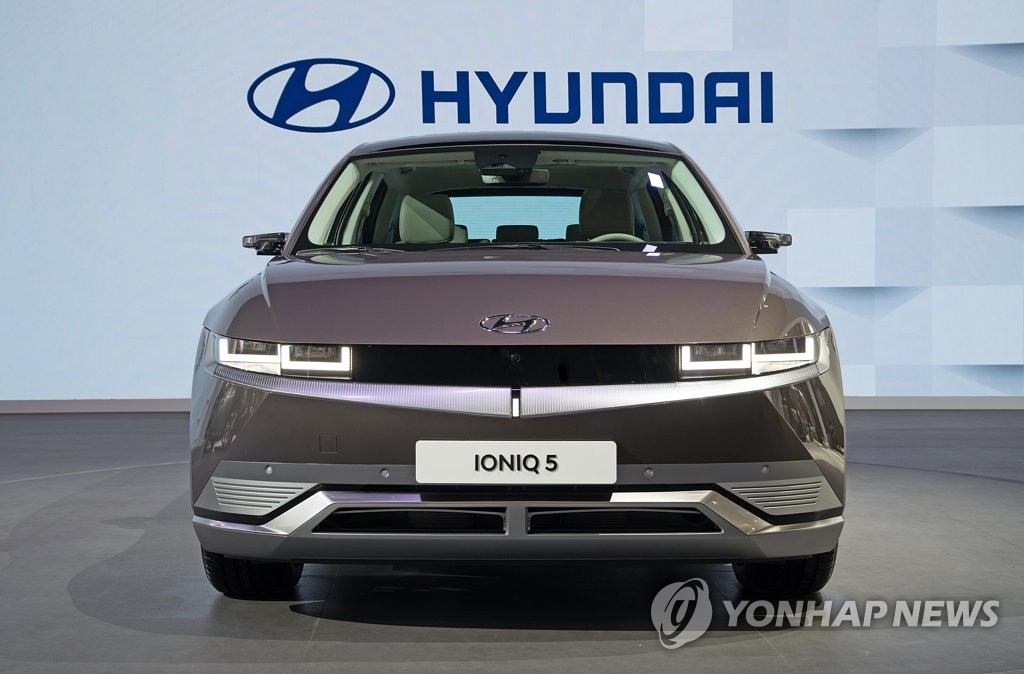 They plan to launch more than 20 electric models in China by 2030, up from the current eight, to pit themselves against Tesla and other established automakers that are speeding up their EV adoption.

To tap into the growing high-end market, Hyundai recently debuted its luxury marque Genesis in China, preparing to launch the flagship G80 sedan and GV80 SUV this year.

"We will focus on improving the brand image by expanding new models, cutting incentives and maintaining the appropriate inventory at dealerships to enhance (Hyundai's) position in the Chinese market," Hyundai Motor CEO Ha Eon-tae told shareholders last month. "We will improve profitability in the commercial market, while expanding the EV lineup for future growth." 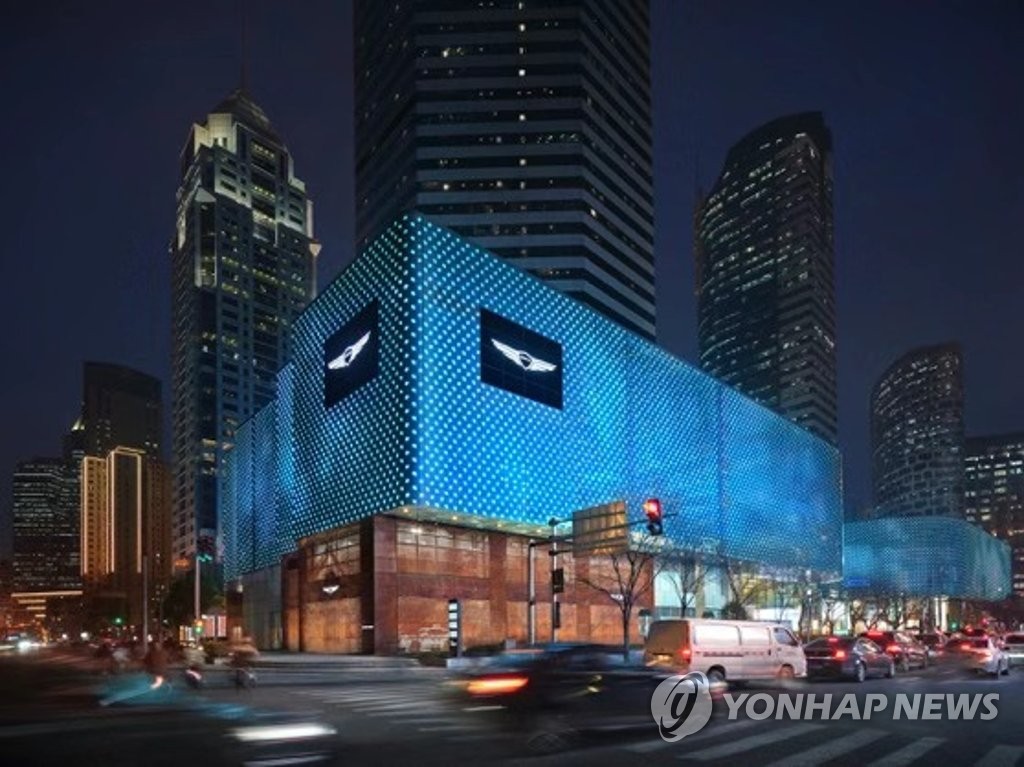 The automotive group pins high hopes on its zero-emission vehicles, as Beijing has vowed to phase out internal combustion engine vehicles by 2035.

During the Shanghai Motor Show, the first of the world's biggest industry marketing events, Hyundai unveiled its all-electric Ioniq 5 crossover, and Kia showcased its first electric model EV6, both of which are based on the automotive group's dedicated EV platform.

In addition to EVs, Hyundai is set to make inroads into the market for fuel cell electric vehicles (FCEVs) running on hydrogen in China, as the Chinese government aims to provide 1 million hydrogen-powered vehicles by 2035.

Hyundai plans to build its first overseas hydrogen fuel-cell systems plant in China to start production next year, while preparing to test-run its FCEV Nexo in major Chinese cities before the release of a fuel cell electric truck in 2022.

"The Chinese market is full of new opportunities and challenges," Lee Kwang-kuk, the head of Hyundai Motor Group's China operations, said in an online briefing last week. "We will make efforts to get ahead in the future mobility market with the new strategy and make a leap again in China."

Luxury brand Genesis showed its commitment to the Chinese market by debuting the electric version of the G80 sedan in the global market on the first day of the auto show.

"Today is very special because it represents a variety of firsts for the Genesis brand. Not only because this is Genesis' very first appearance at the Auto Shanghai, but it is also the first time we are unveiling a new product outside of Korea," Jay Chang, global head of the Genesis brand, said during the launching event.

"The electrified G80 marks the beginning of our journey into the EV market, representing Genesis in the era of electrification."

Earlier this month, Genesis opened its first-ever exclusive showroom and sales outlet in downtown Shanghai for its G80 and GV80 to get ready for their release in the Chinese market later this year.

Market watchers said building a strong brand image is the most important task for Hyundai and Kia to regain their market share in China, and a successful Genesis launch could help shift its growth focus from quantity to quality.

"It is a critical moment for Hyundai to reverse its Chinese business with sales of a differentiated lineup, including EVs and Genesis, to restore its brand image and improve sales," professor Kim said. "Genesis' launch in China will provide a turning point for Hyundai's global strategy, especially when it has lost considerable sales there."