SEOUL, April 20 (Yonhap) -- Amid woes over a bubble in cryptocurrencies and their rollercoaster moves, authorities here are taking steps to curb people from making 'irrational' investments, and trading platforms may face restructuring as banks are expected to seek tighter screening measures for the opening of real-name bank accounts.

Wary of missing out, laggards have been in a rush to invest in a variety of digital coins, which in some cases have delivered jaw-dropping returns in a short period of time.

The tightened rule, which went into effect on March 25, requires banks to issue real-name accounts under stricter guidelines to prevent money laundering. Under the rule, banks will assess a cryptocurrency exchange's transparency, business risks and the possibility of criminal activity.

The government granted a six-month grace period on the clampdown, and there is the potential for smaller cryptocurrency exchanges to shut down in September, analysts said.

The move came as a growing number of cryptocurrency aficionados have dived into the highly volatile market amid a frenzy for digital tokens such as bitcoin and dogecoin. 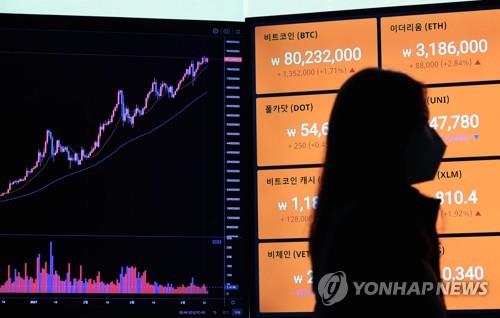 An official at a commercial bank said the bank has been in contact with six small exchanges over bank accounts, but they are unlikely to receive accounts due to their poor quality of management oversight.

"There is a big difference between banks' screening measures and the standards of each cryptocurrency exchange," the official said on the condition of anonymity.

Another bank officials said banks are expected to seek stricter screening measures because they don't want to take responsibility if an accident occurs on a cryptocurrency exchange.

Banks will also implement tighter screening measures on the four major exchanges by September, and it is uncertain whether they will keep their real-name bank accounts, analysts said.

Despite fears that a bubble over cryptocurrencies may be set to burst, some traders predicted that prices of cryptocurrencies will continue to rise because of excess liquidity amid the COVID-19 pandemic.

The cryptocurrency turnover in South Korea has more than doubled over the past month as retail investors have scrambled to virtual coins.

The combined turnover of 14 cryptocurrency exchanges in South Korea rose to US$21.63 billion at one point last Thursday, according to CoinMarketCap.

In particular, the top four exchanges had a combined turnover of $18.85 billion, or 21.1 trillion won, accounting for 83 percent of the total. 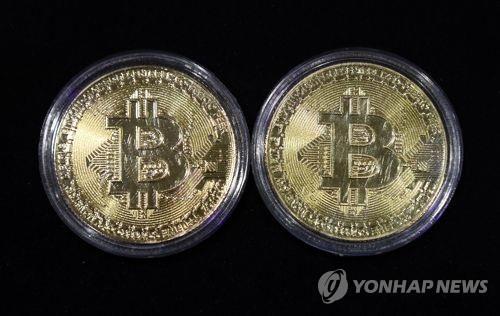 Bitcoin topped 80 million won (US$72,000) per unit in South Korea for the first time in mid-April. The virtual currency is currently trading at some 72 million won, according to local cryptocurrency exchange Bithumb.

On Monday, the government said it will crack down on any illegality involving cryptocurrencies, such as money laundering, until June.

"There is a need to pay special attention to the occurrence of illegal activities using virtual assets," said Koo Yun-cheol, head of the Office for Government Policy Coordination.