SEOUL, April 20 (Yonhap) -- Doosan Group said Tuesday that it has been gearing up to tap the global hydrogen market by forming a task force to conduct market research.

Doosan Group formed a task force under its holding company Doosan Corp. to conduct the project that will review the markets of production, distribution and utilization of hydrogen, the group said. 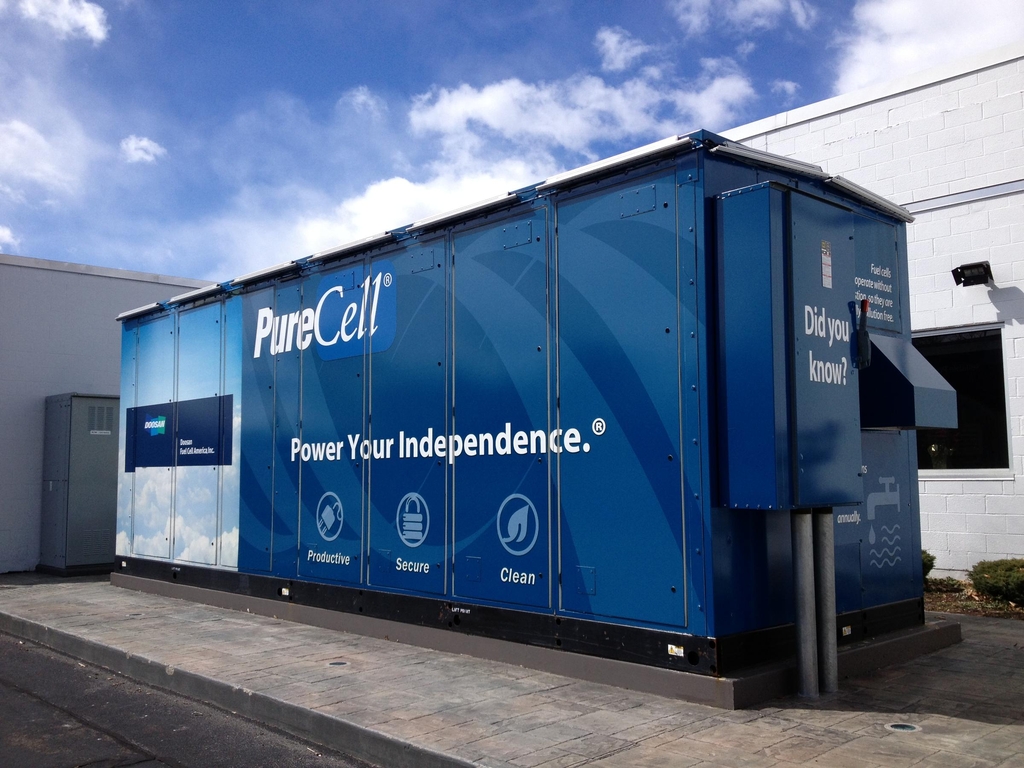 Doosan Group will push to create synergy in the hydrogen-related business pushed by its affiliates and to acquire and merge with other companies to grow its hydrogen business in the short term, it said.

Hydrogen is an environmentally friendly alternative to fossil fuels, as vehicles and ships propelled by the resource only create water in the process of generating power.

South Korean major conglomerates -- Hyundai Motor Group, Hyundai Heavy Industries Group, SK Group and Hanwha Group -- have been scurrying to increase their presence in the hydrogen market, as hydrogen has emerged as a future growth engine on the back of the government's Green New Deal aimed at fostering environment friendly industries.