SEOUL, April 20 (Yonhap) -- The chief of a presidential committee offered to resign on Tuesday, holding himself responsible for the committee's now-retracted decision to reinvestigate the deadly 2010 sinking of a South Korean warship by North Korea.

Earlier this month, the Presidential Truth Commission on Deaths in the Military retracted the decision made in December to launch a fresh probe into the case in which the warship Cheonan went down near the Northern Limit Line (NLL), the de facto maritime border between the two Koreas, on March 26, 2010, killing 46 sailors.

The reinvestigation decision, which was made after a former probe team member filed a petition, sparked strong opposition and outrage from surviving crew and bereaved family members.

On Tuesday, the commission's chief, Lee In-ram, offered to step down and apologized for "causing pain, while citing regulations and legal procedures."

The commission vowed to strive for restoring the honor of those who sacrificed themselves for the country and properly compensating damage, according to the statement.

After an extensive probe by the joint investigation group involving international experts, South Korea concluded that the sinking was caused by a torpedo attack by a North Korean submarine. 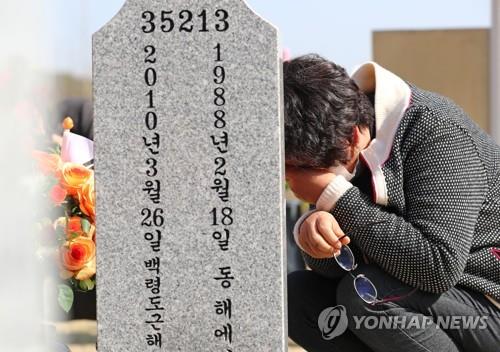